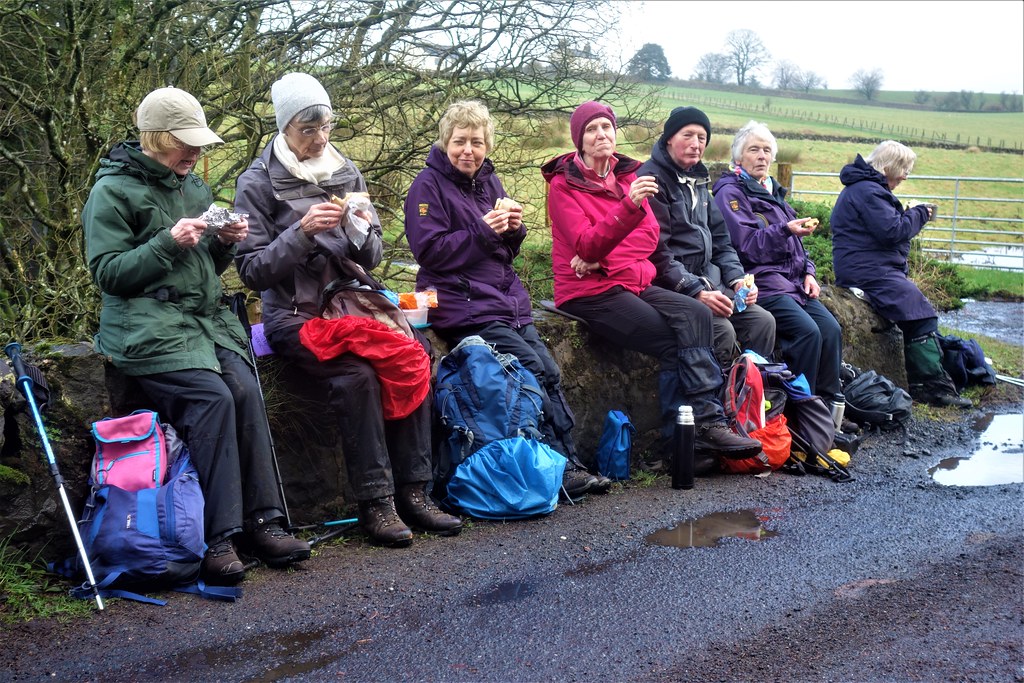 (Above image catches the hiking group at lunchtime.)


Today, my wife and I joined a small hiking group which followed a cross-country route between Faifley and Milngavie in S.W. Scotland, about eight miles north of Glasgow. This covered a section of a long-distance trail known as the Clyde Walkway, although the River Clyde was not in view.

At this time of year it is reasonable to expect low temperatures and a landscape covered with snow ands ice. However, this was not to be.Instead, there was a continuance of recent weather patterns consisting of relatively mild temperatures, overcast skies and more-or-less constant rain.

Because of the weather conditions, the land underfoot was saturated and could be compared with walking over a giant, moisture filled sponge. Coupled with this, streams and rivers were in full spate with some waterfalls evident.

The hike covered about seven miles in course of which we encountered a diversity of sites and experiences including:

Prehistoric cup marks. Such are widespread in Scotland, being usually found on exposed, smooth (glaciated) rock surfaces with underlying purpose not known. 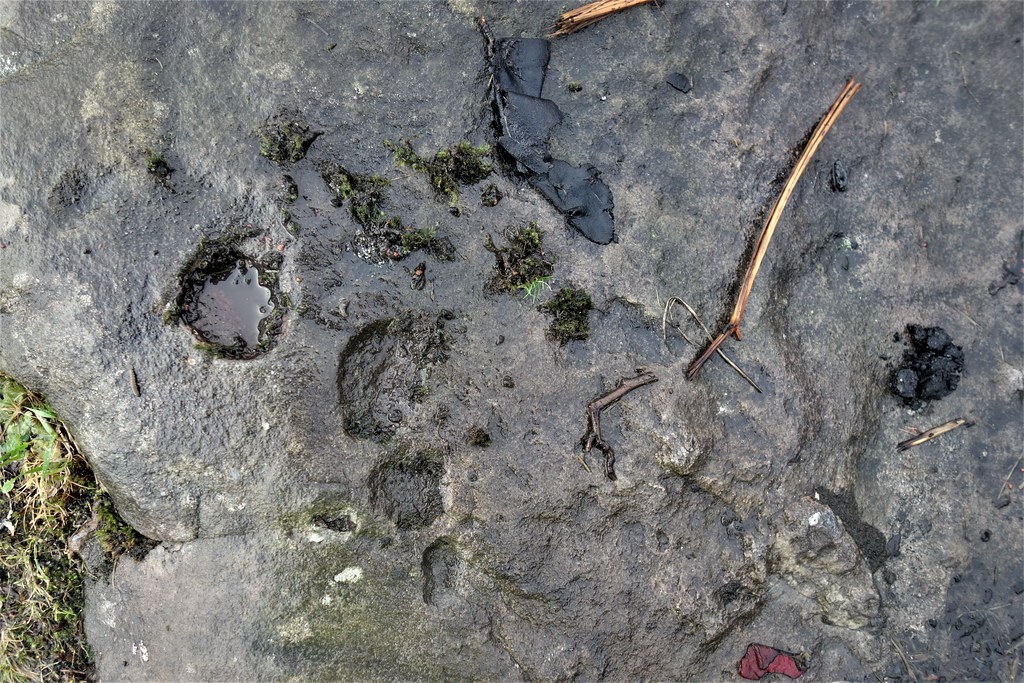 Tunnel through the landscape 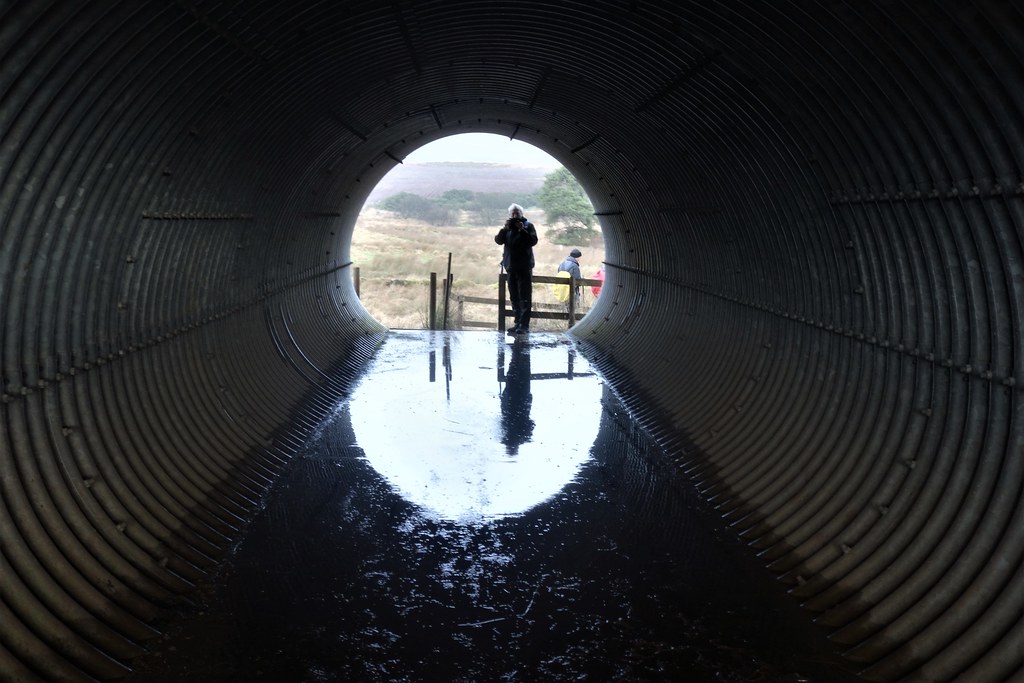 Hiking group with quarry in background 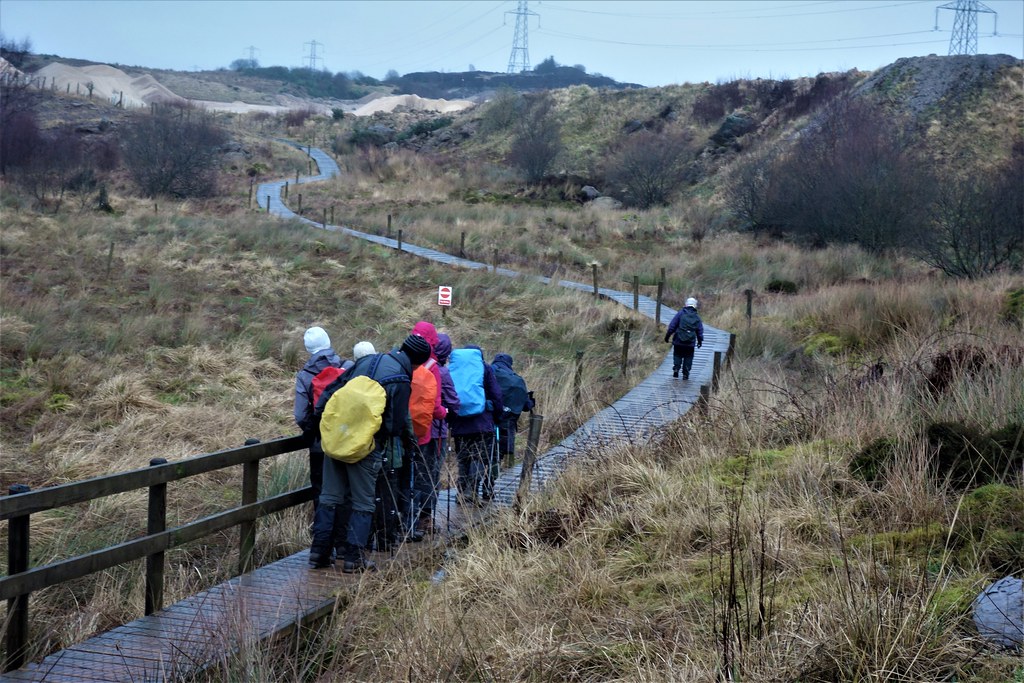 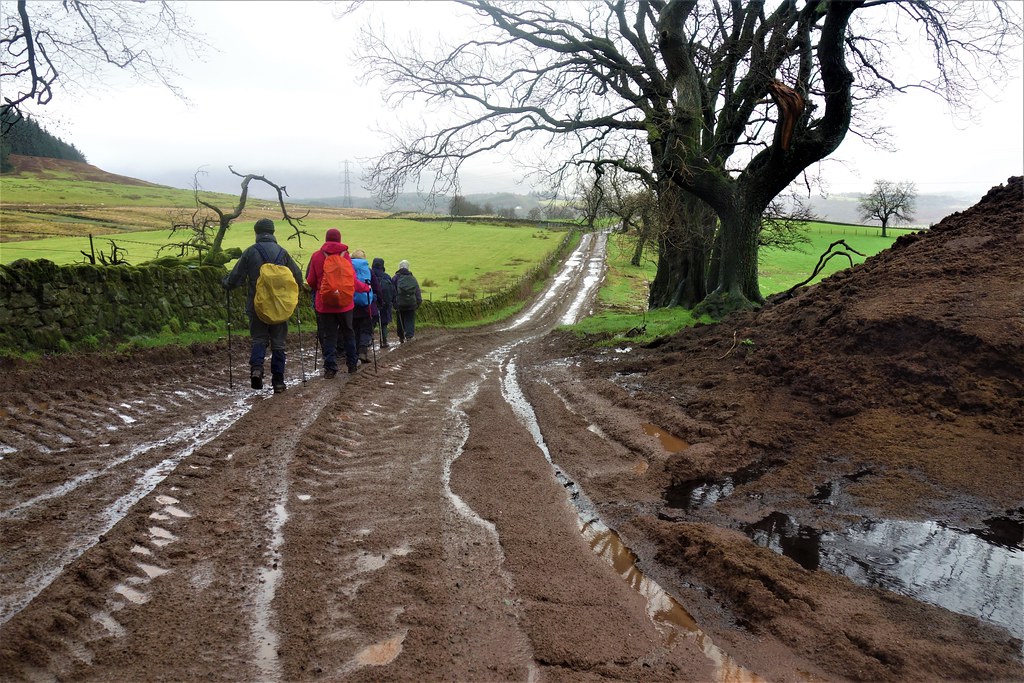 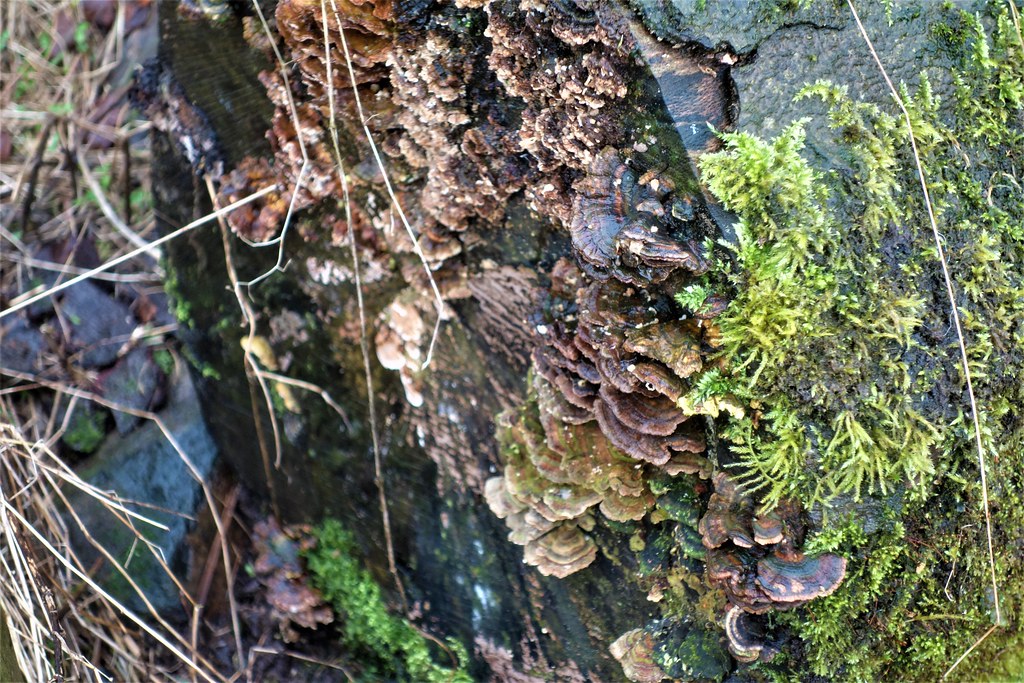 'Pop up' waterfalls as a consequence of the heavy precipitation. What appear to stakes in the ground are actually protective covers for young trees, to keep deer and rabbits at bay. 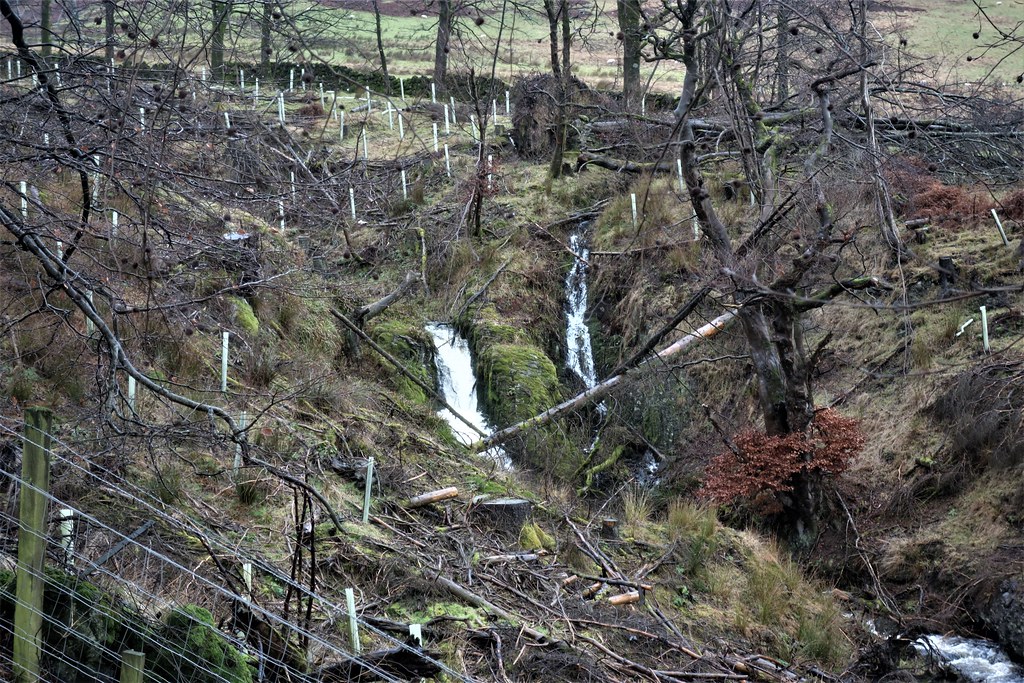 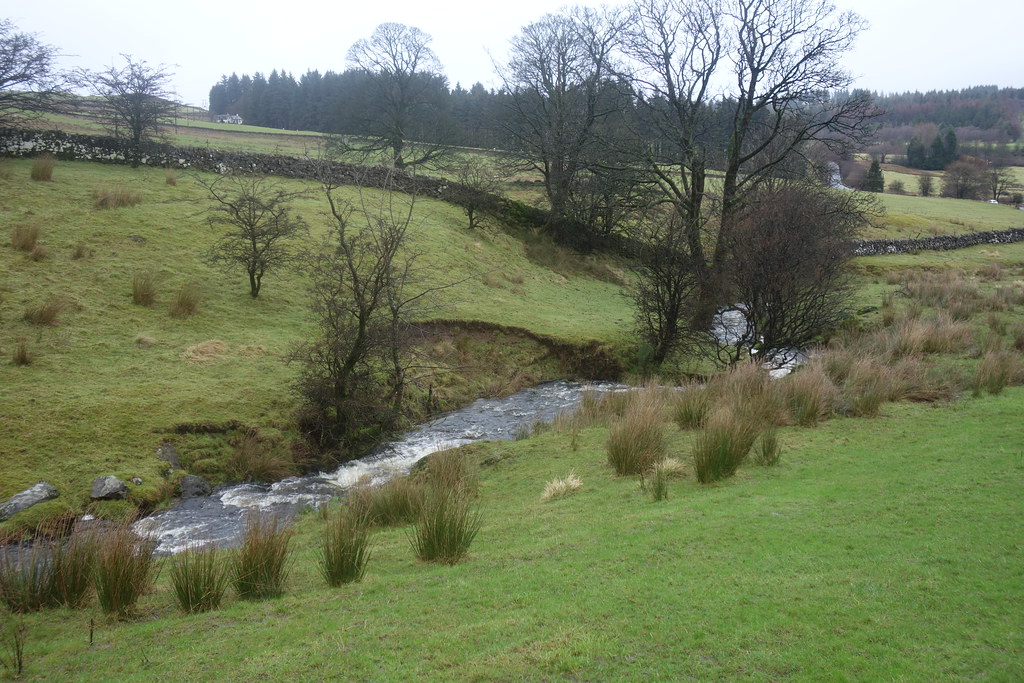 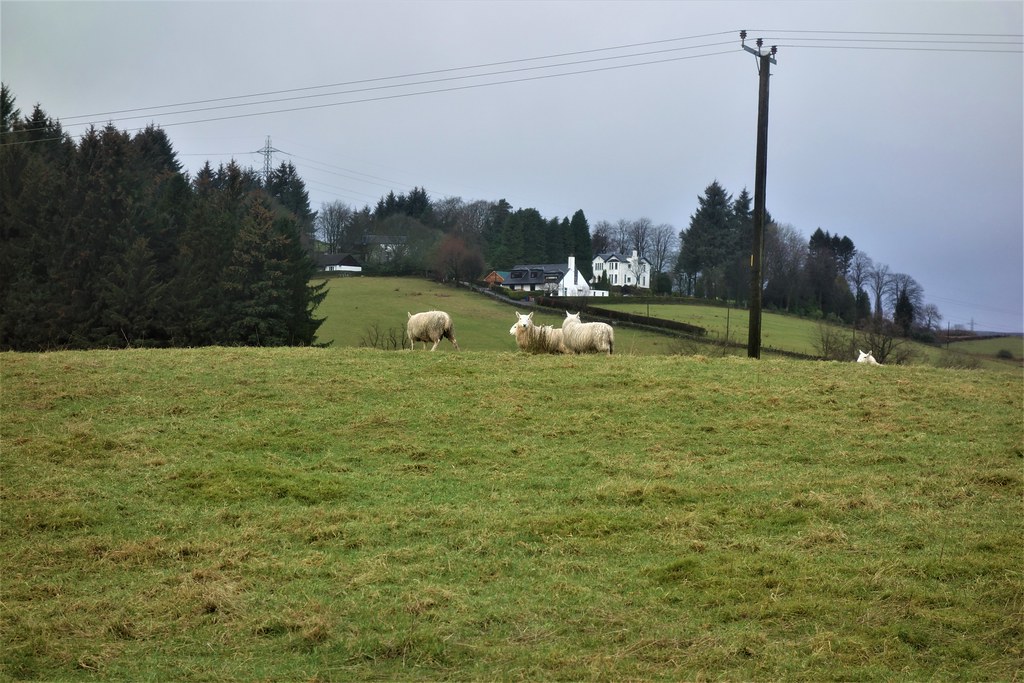 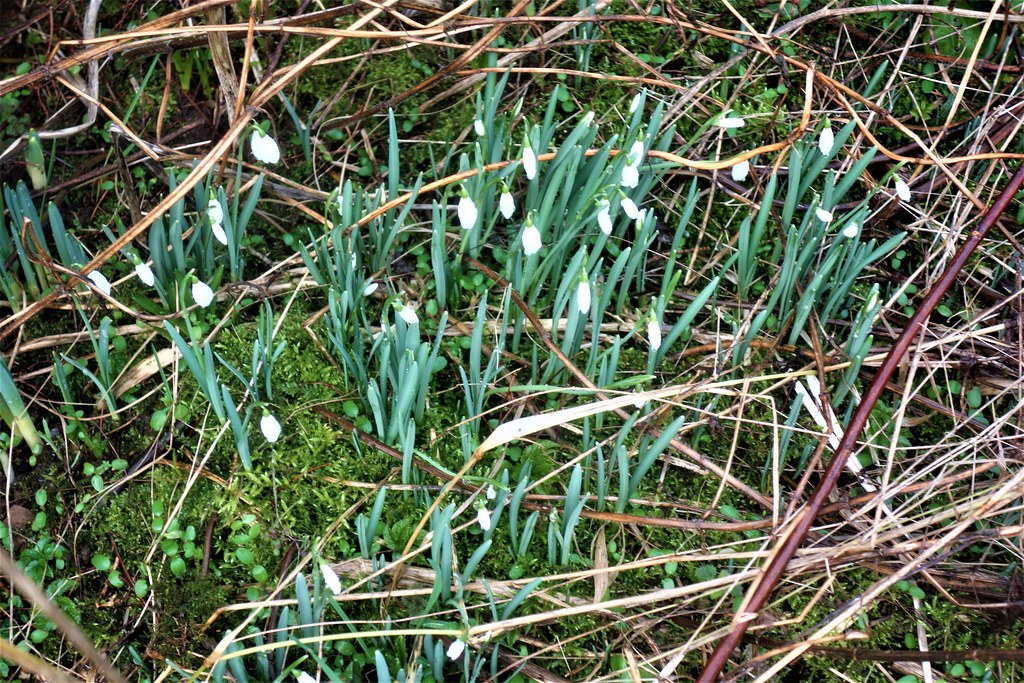 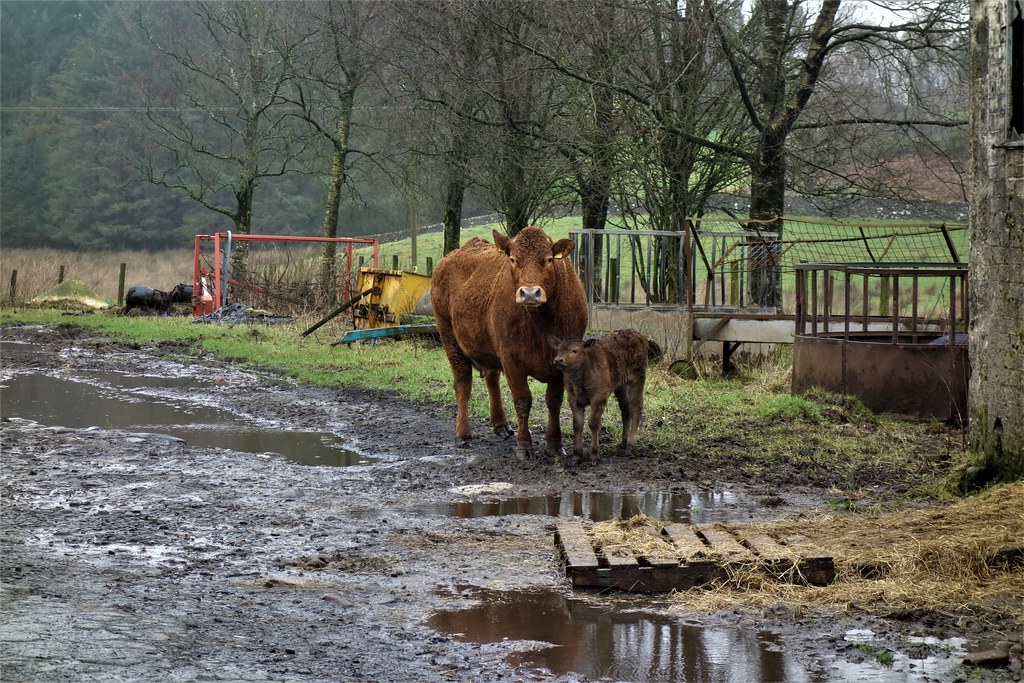 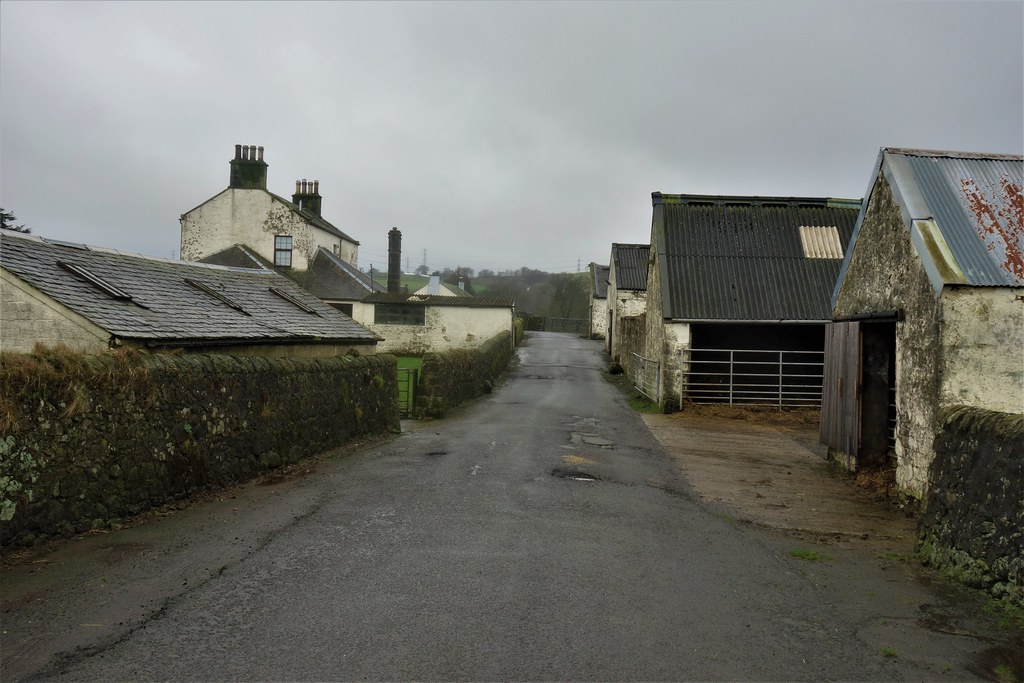 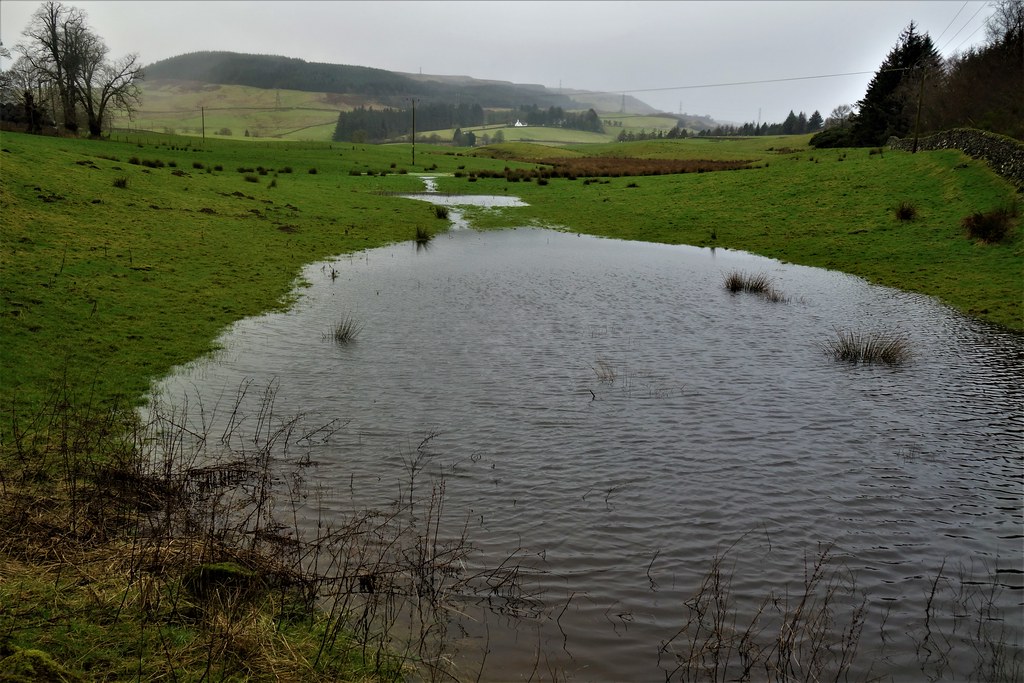 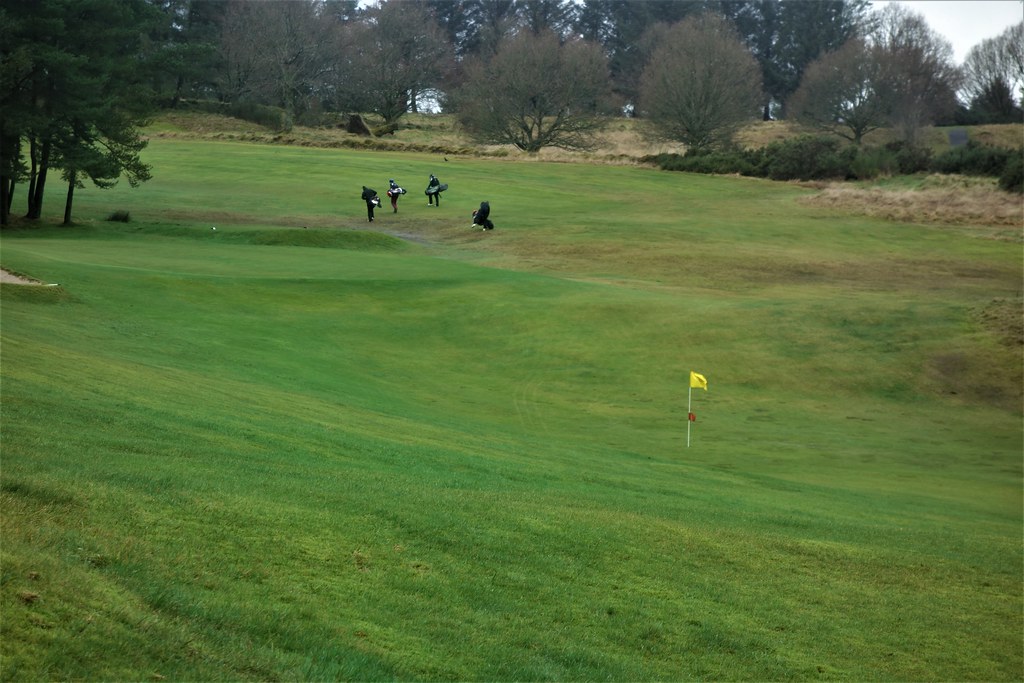 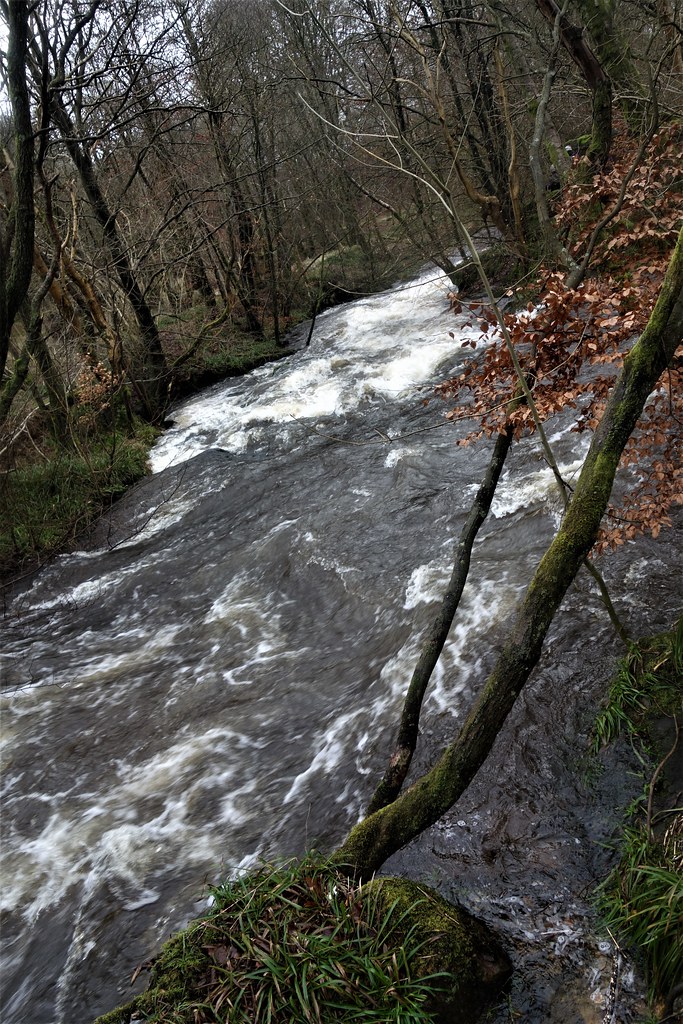 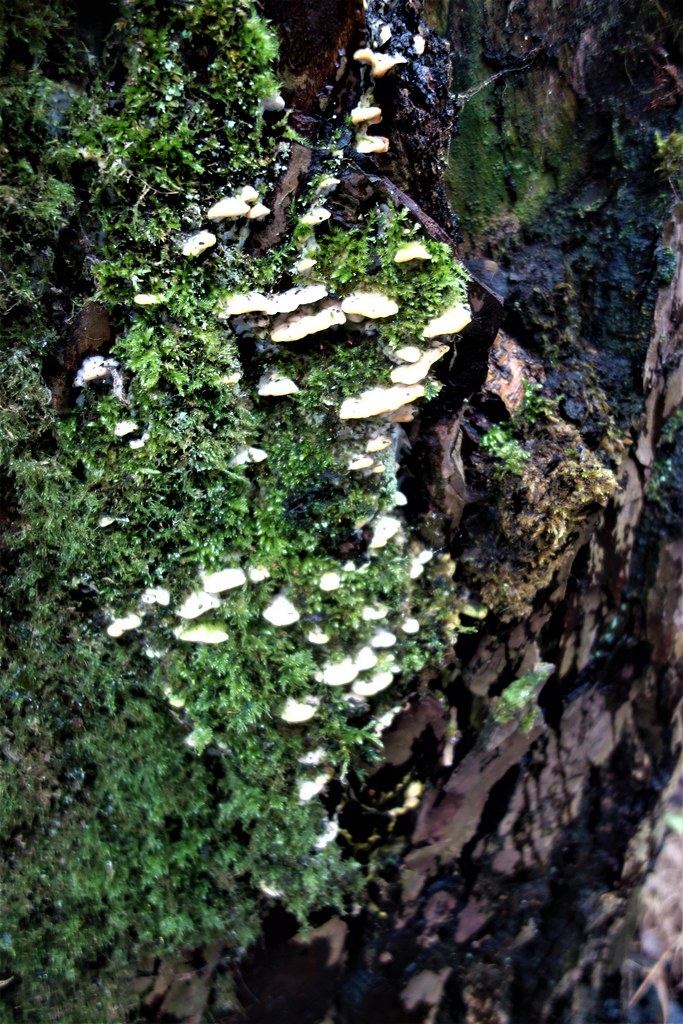 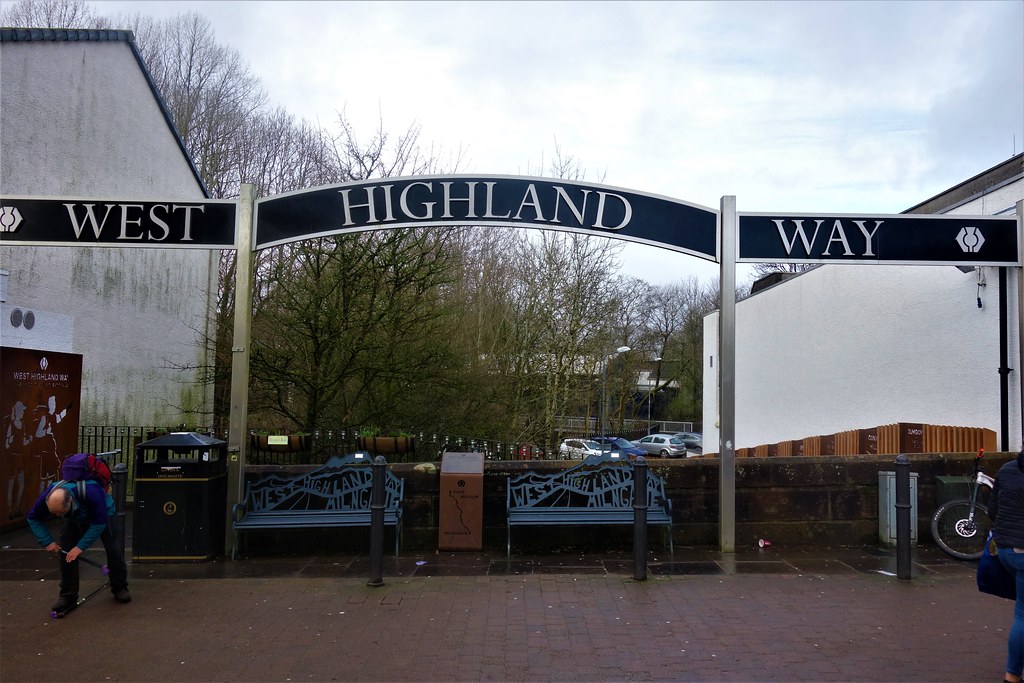 Part of shopping area at Milngavie 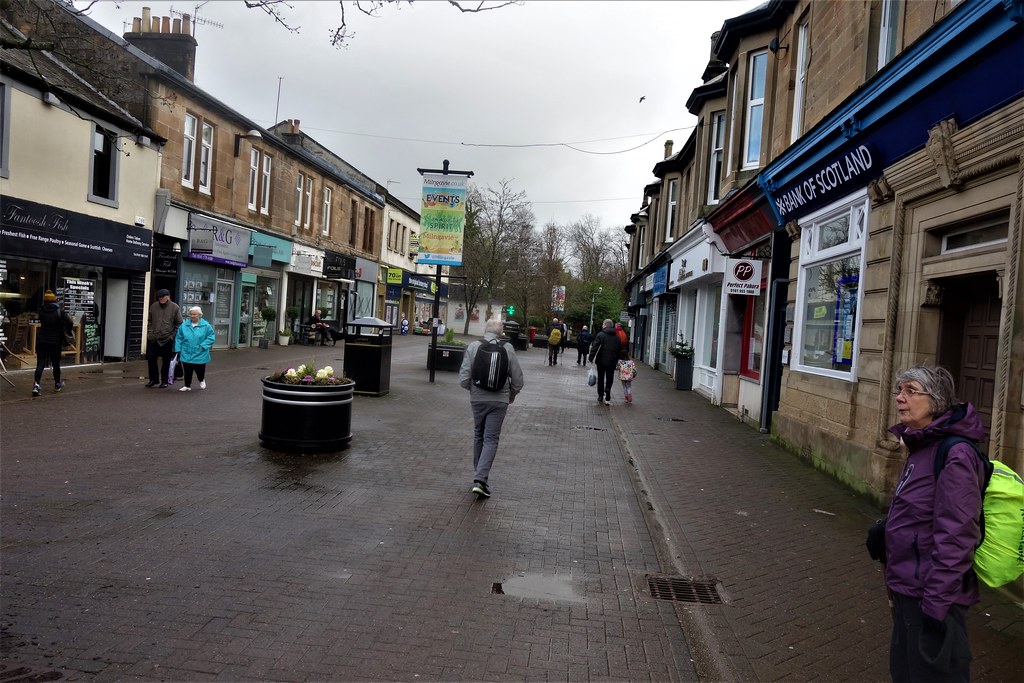 Overall, a satisfying trip. We returned to Glasgow by rail.