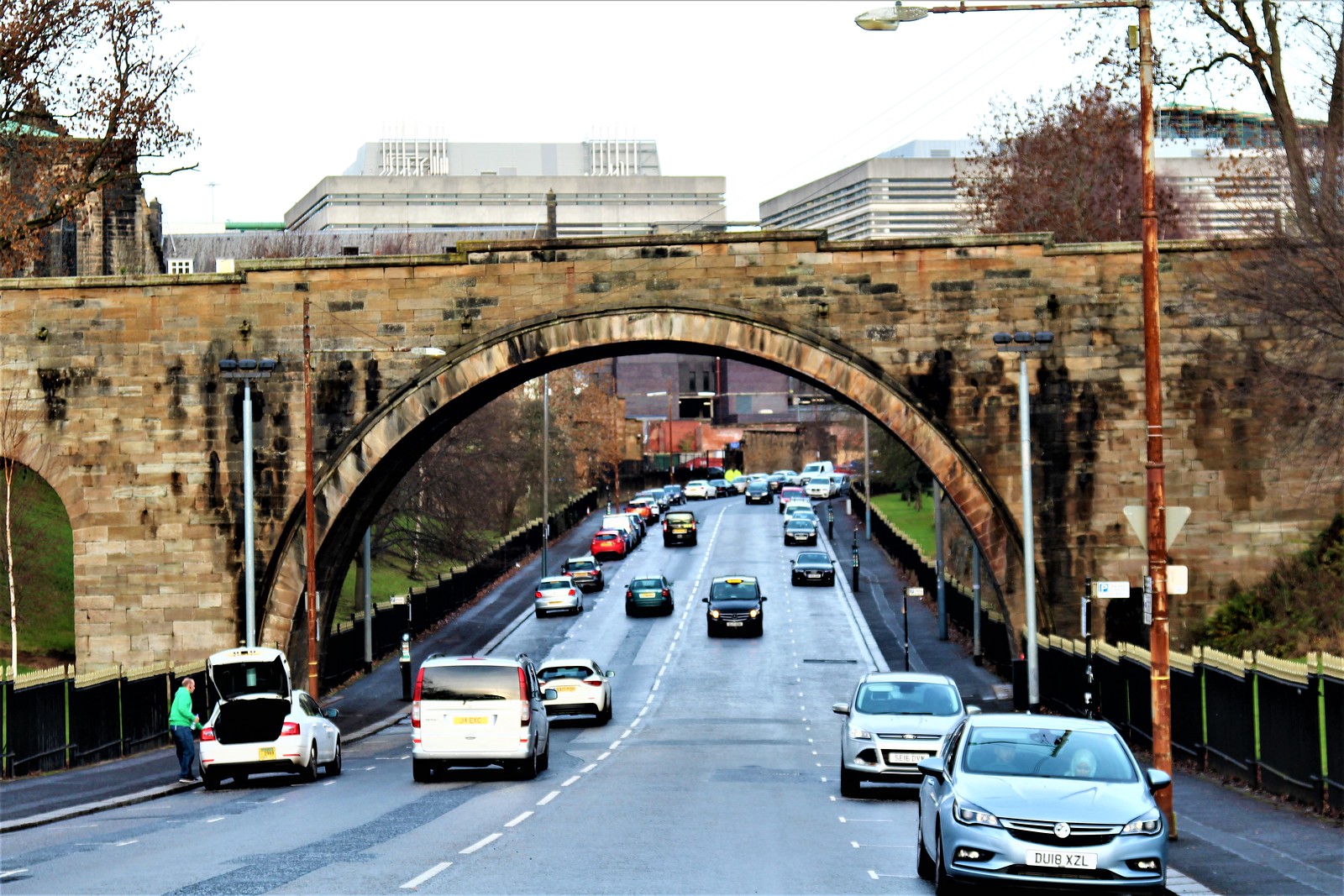 (Above image shows Bridge of Sighs spanning Wishart Street under which the Molendinar Burn now flows.)

This evening, I am posting information on Glasgow's Bridge of Sighs which provides a link between the Cathedral and Necropolis (burial ground).

This bridge was designed by D and J Hamilton and built by contractor John Lochore between 1833 and 1834 at cost of GBP1240.00. Structure comprised a single 60 foot semi-circular arch using coursed rubble with an ashlar parapet. The images herein show three arches with the external two arches being walkways while the Molendinar Burn (stream) coursed below the middle span over an artificial waterfall.The Burn was culverted post construction of the Bridge, in 1877.

At the Cathedral end is a pair of elaborate iron entrance gates which were installed in 1838 in order to provide access to the Bridge.The gates were designed by James Hamilton whose father, David designed the Bridge and were cast at Thomas Edington & Sons Phoenix Foundry in Glasgow's Queen Street. The gates were made in cast iron and cost GBP150.00.

It is likely that name 'Bridge of Sighs' refers to the sadness of funeral processions crossing from the Cathedral to the Necropolis.

Walkway across the Bridge of Sighs to Necropolis. 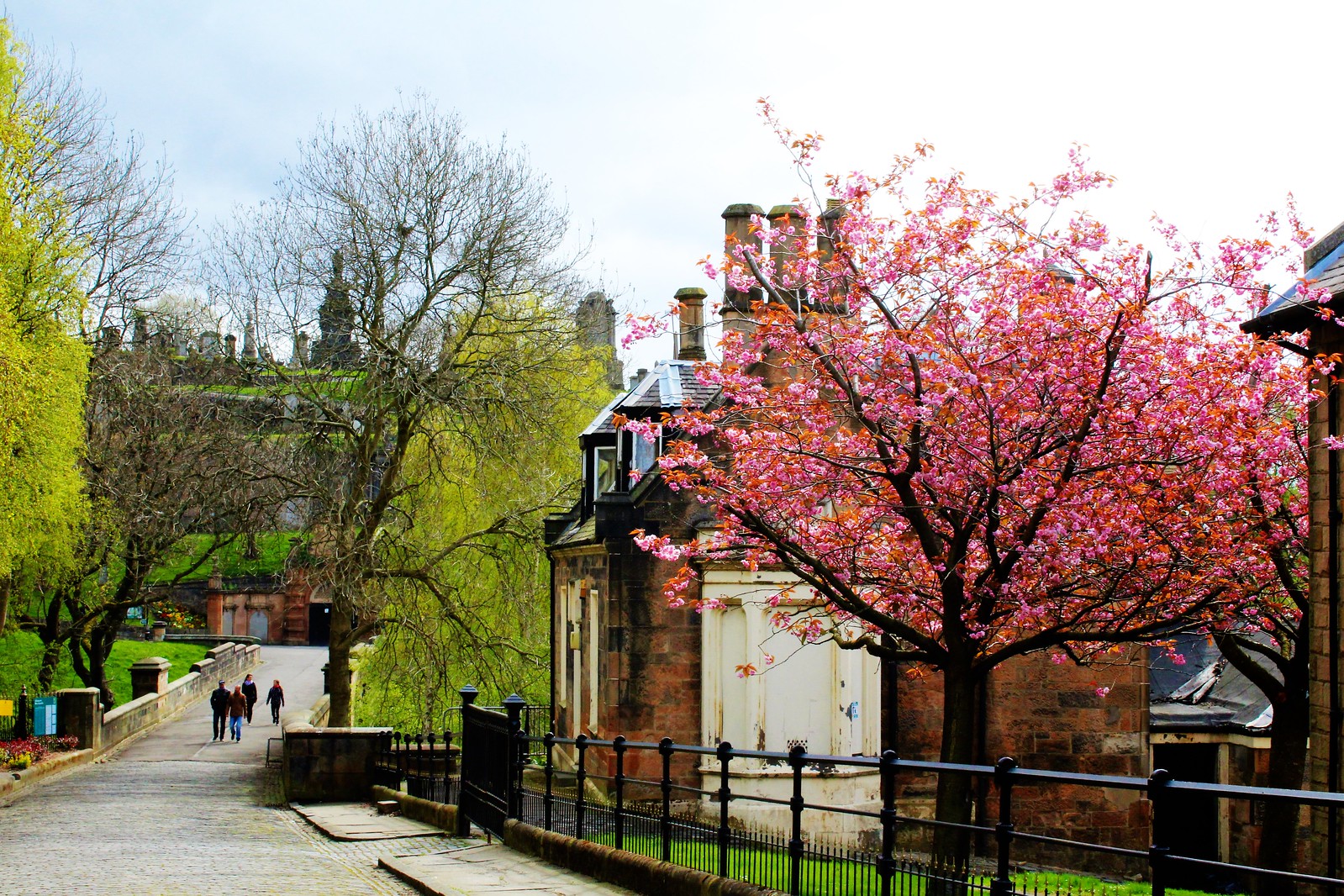 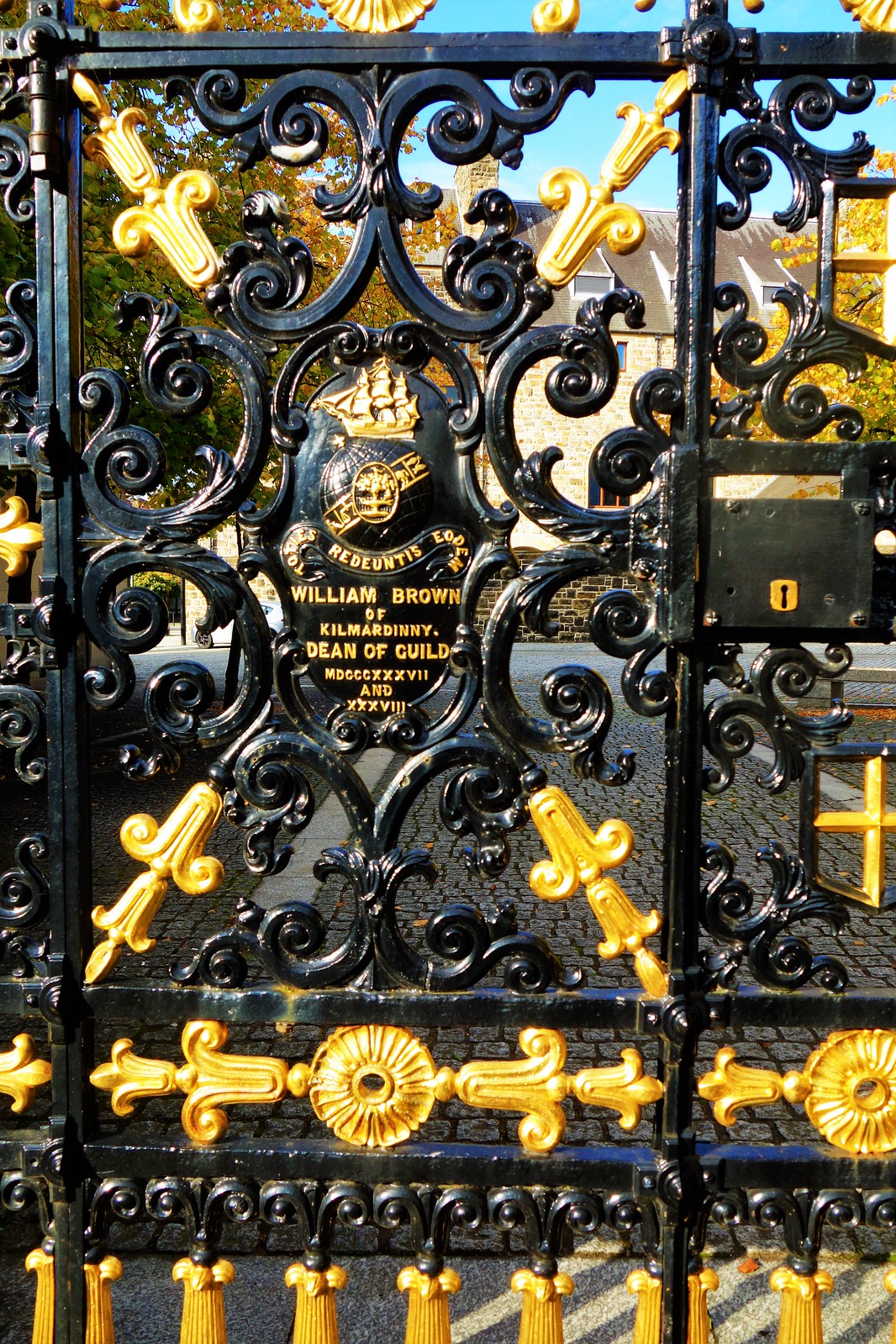 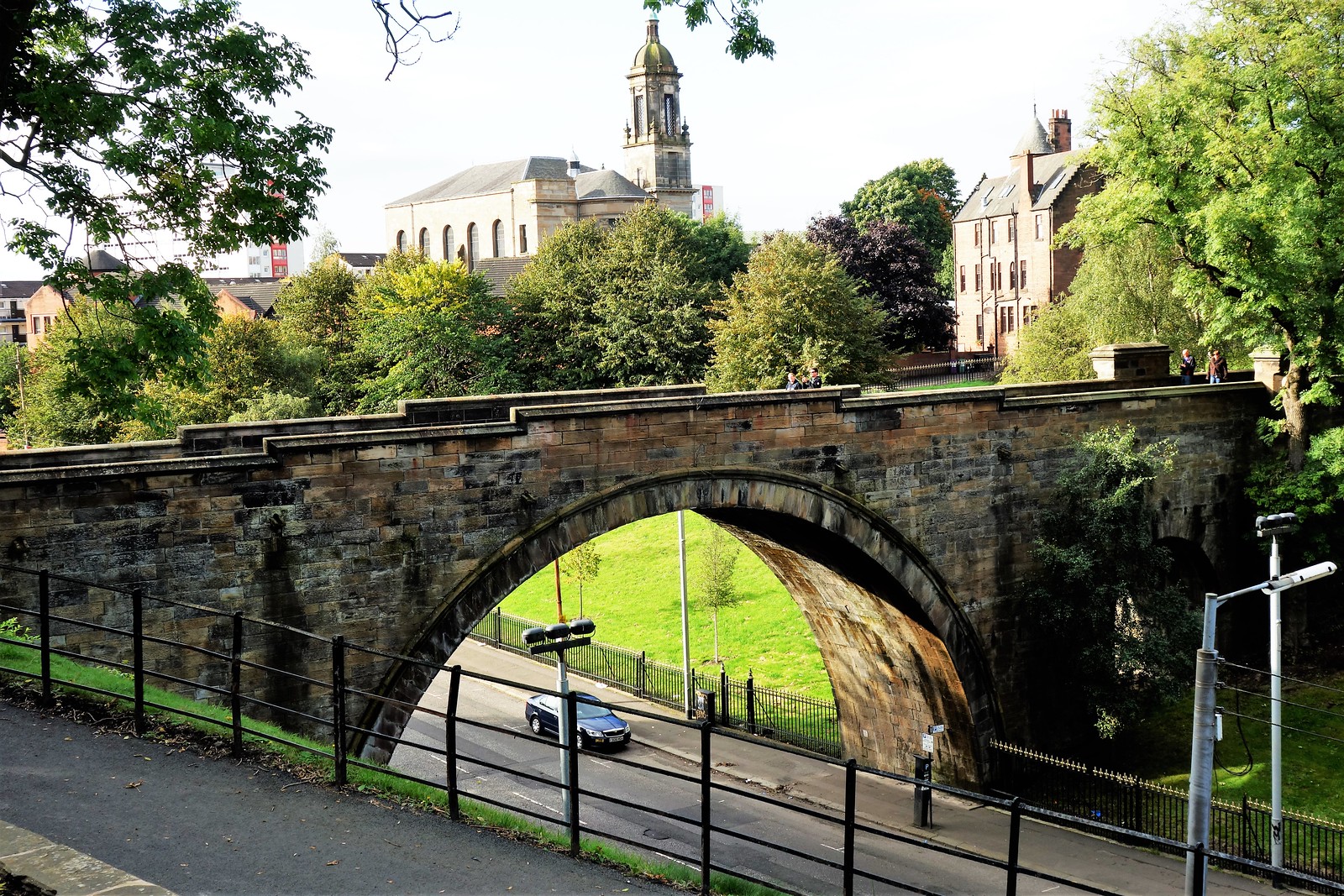