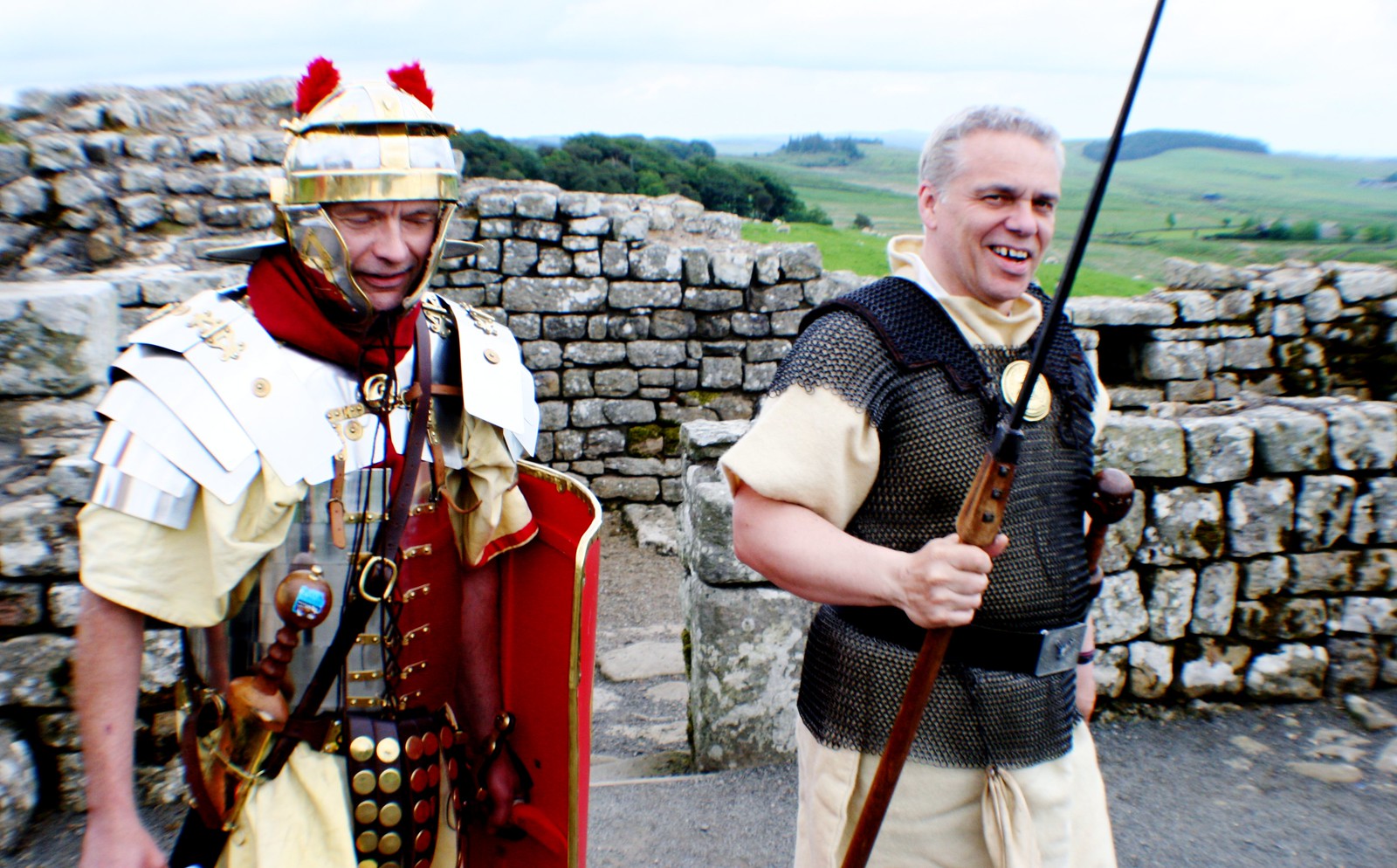 (Above image shows Roman soldiers at Housesteads)
Tonight, I am dipping into the distant past, to the time of Hadrian's Wall in northern England which, for a period of nearly 300 years, formed the North-West frontier of the Roman Empire.

The Wall was a major feat of engineering; it was 73 miles (80 Roman miles) long and stretched from coast to coast in what is now England. It is not now nor never has been the boundary between England and Scotland. During the Roman occupation the tribes in what is now Scotland came under the umbrella of indigenous people known as Picts (or painted people).

There were 13 primary forts along Hadrian's Wall of which Housesteads (Vercovicium) is one of the best preserved and very popular with visitors, notwithstanding it sits high on an exposed ridge.

Housesteads covers 2.2 hectares and was garrisoned by auxiliaries – infantry and cavalry raised from the conquered peoples of the empire. It held an infantry regiment of 800 men, known as a milliary cohort. The cohors I Tungrorum (‘first cohort of Tungrians’) This unit of auxiliaries was originally recruited from German-speaking tribes in the district of Tongres, in modern Belgium.

At Housesteads visitors can visit the local museum and key aspects of the fort including:
Hadrian's Wall (east) from Housesteads 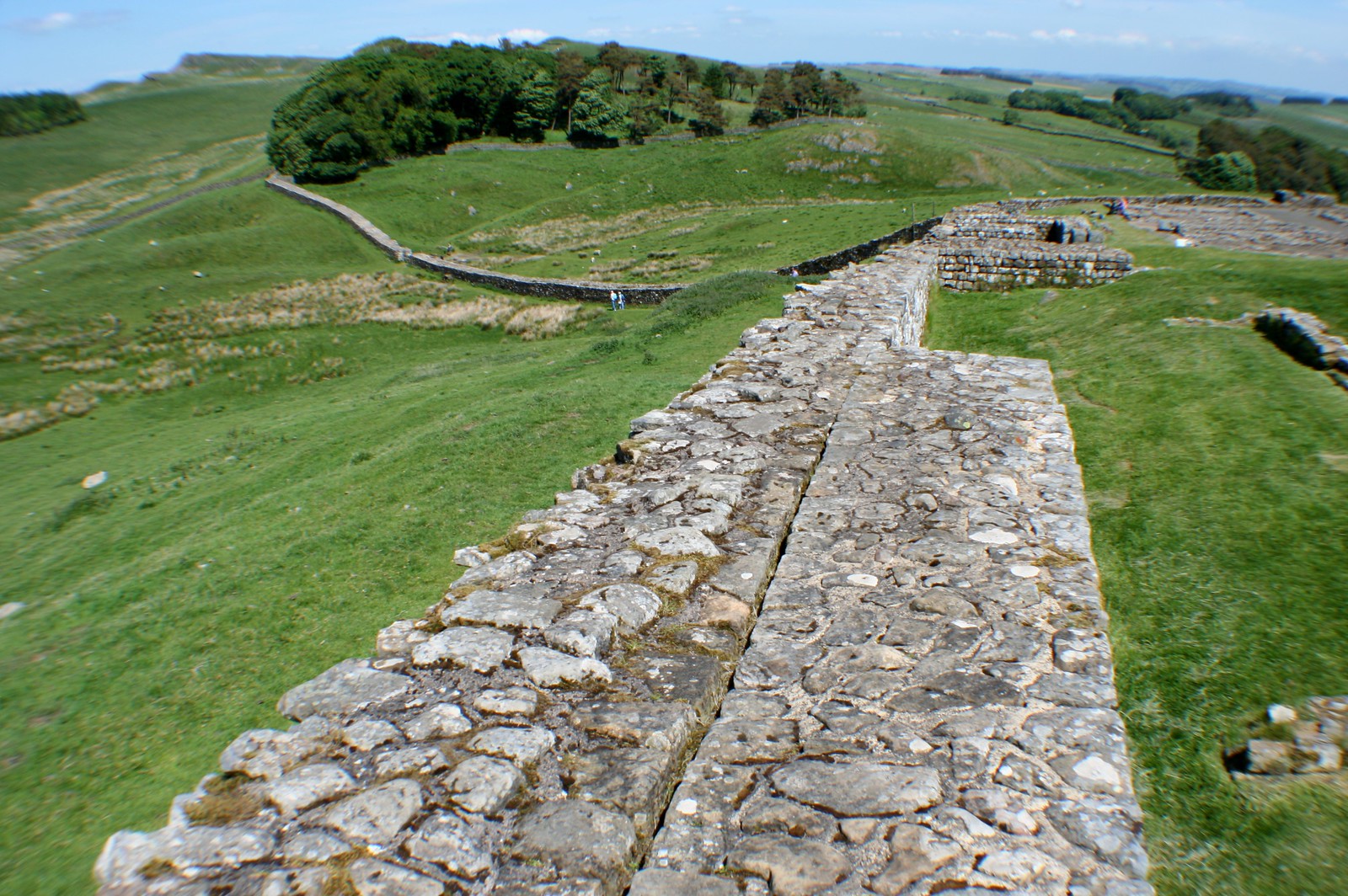 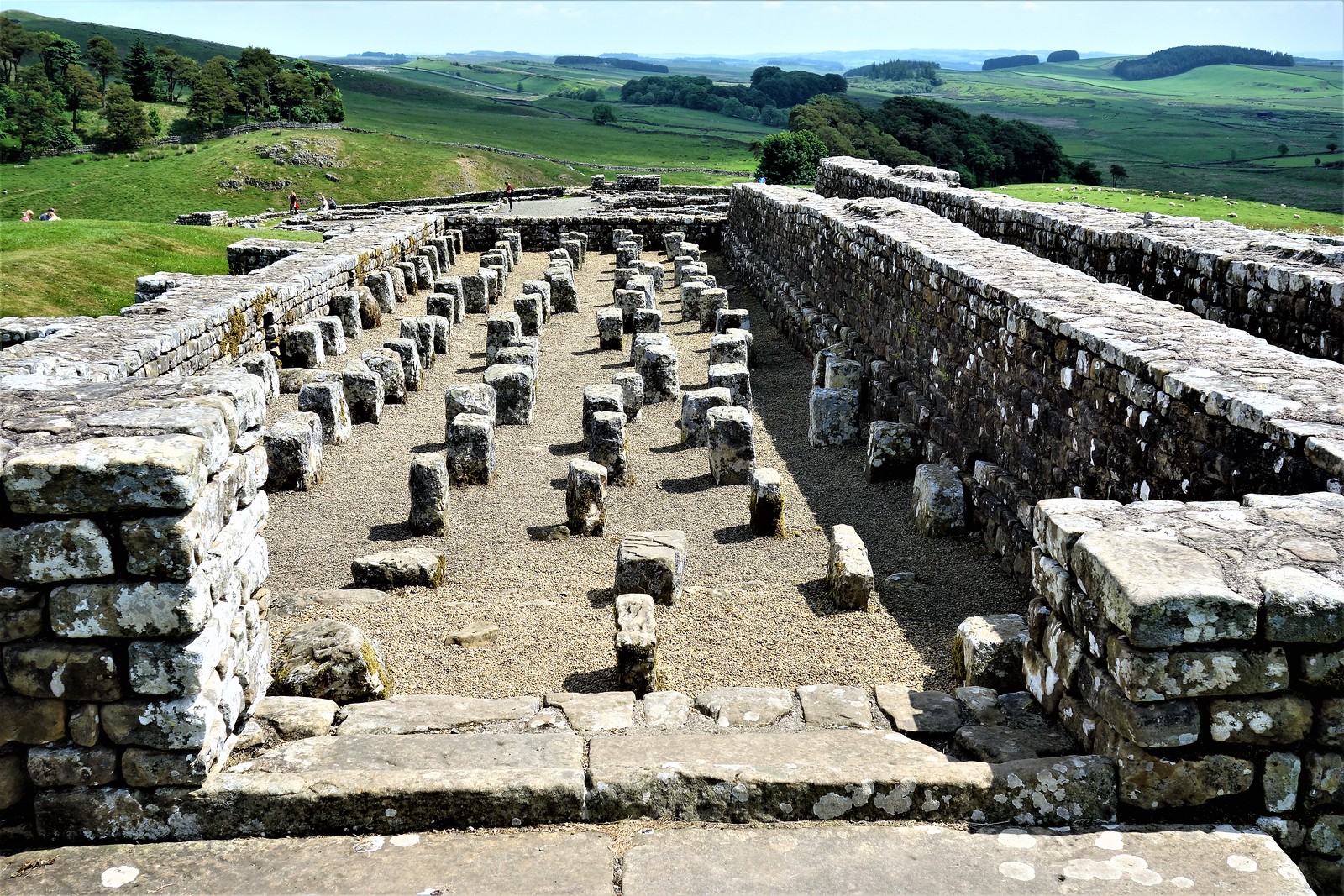 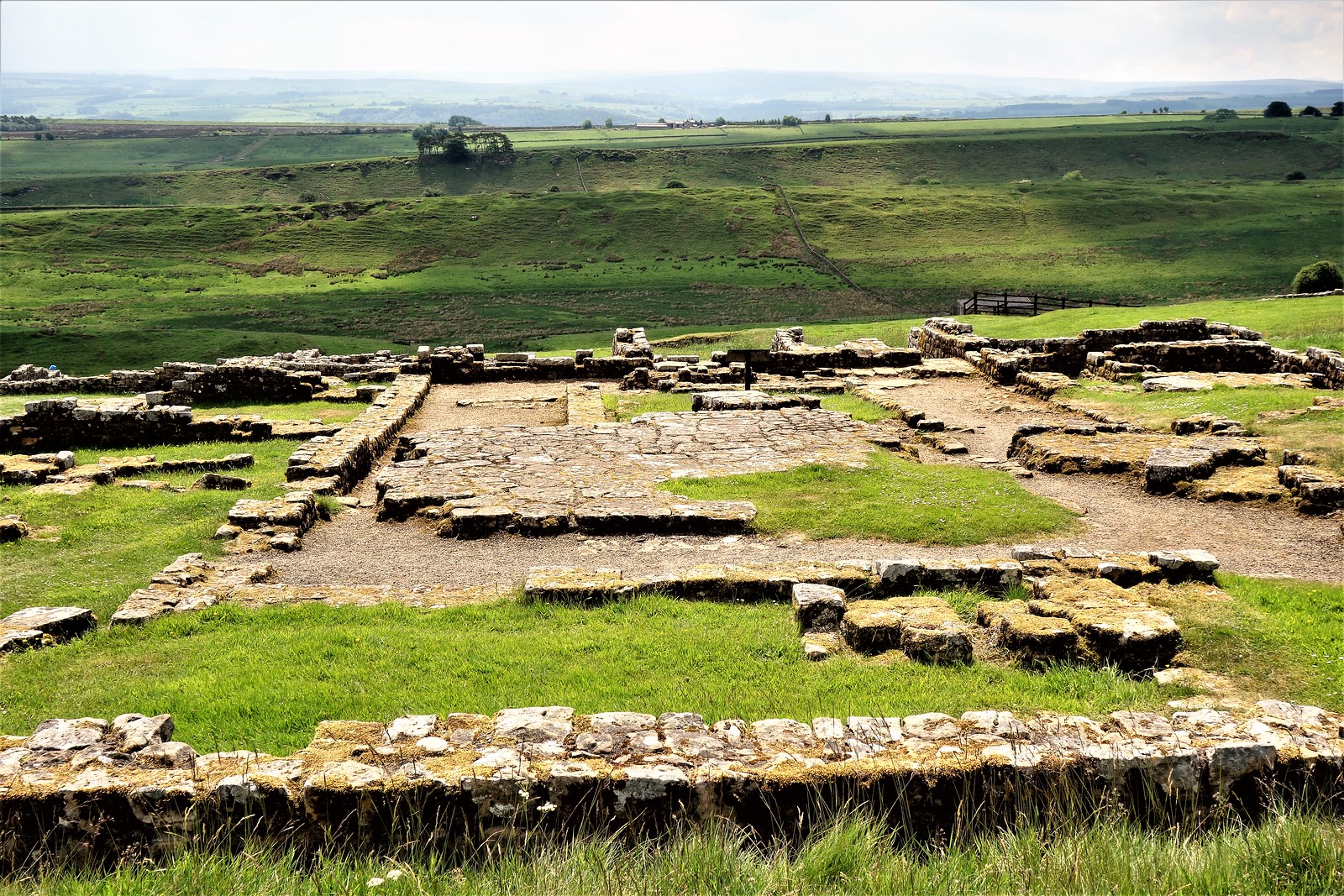 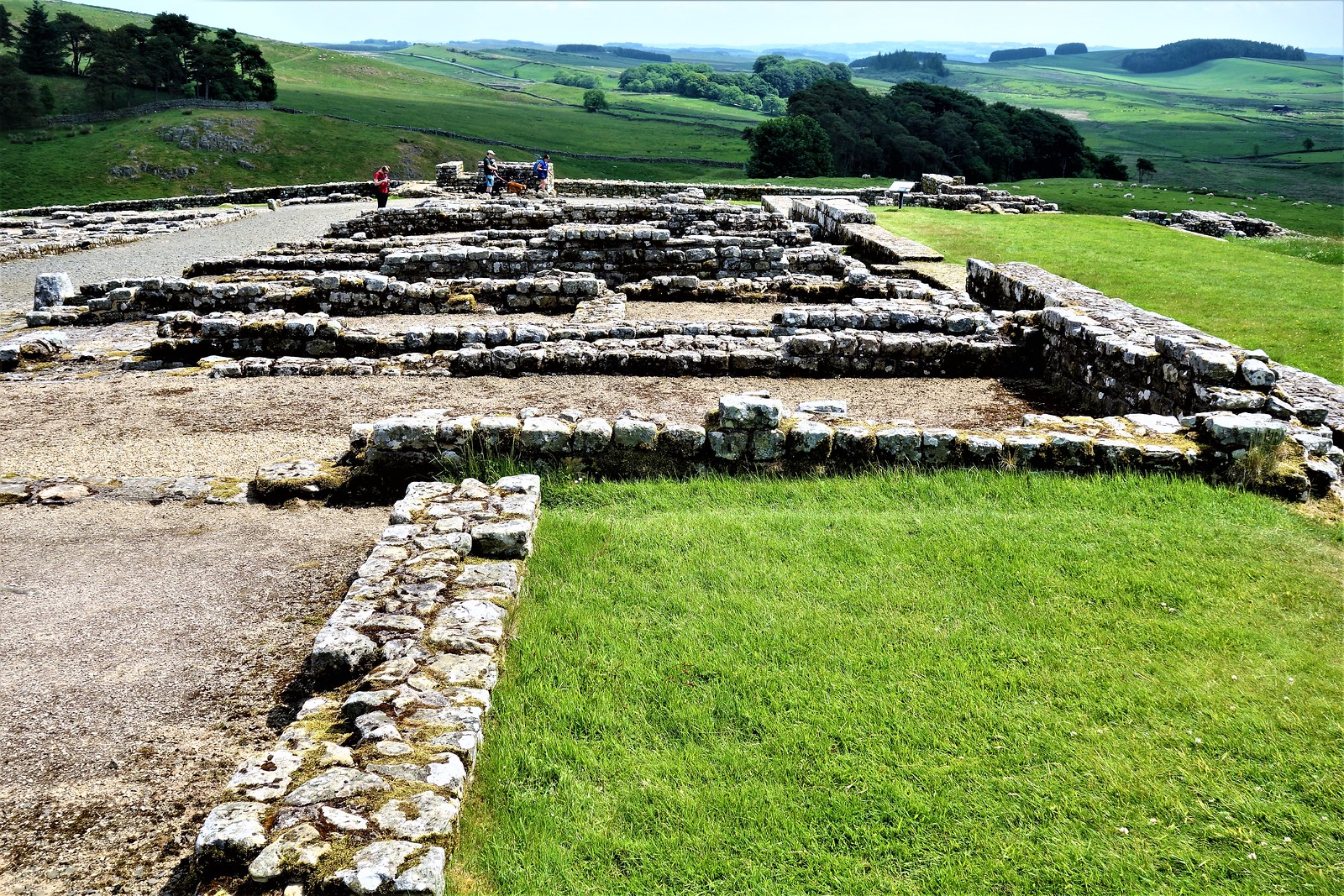 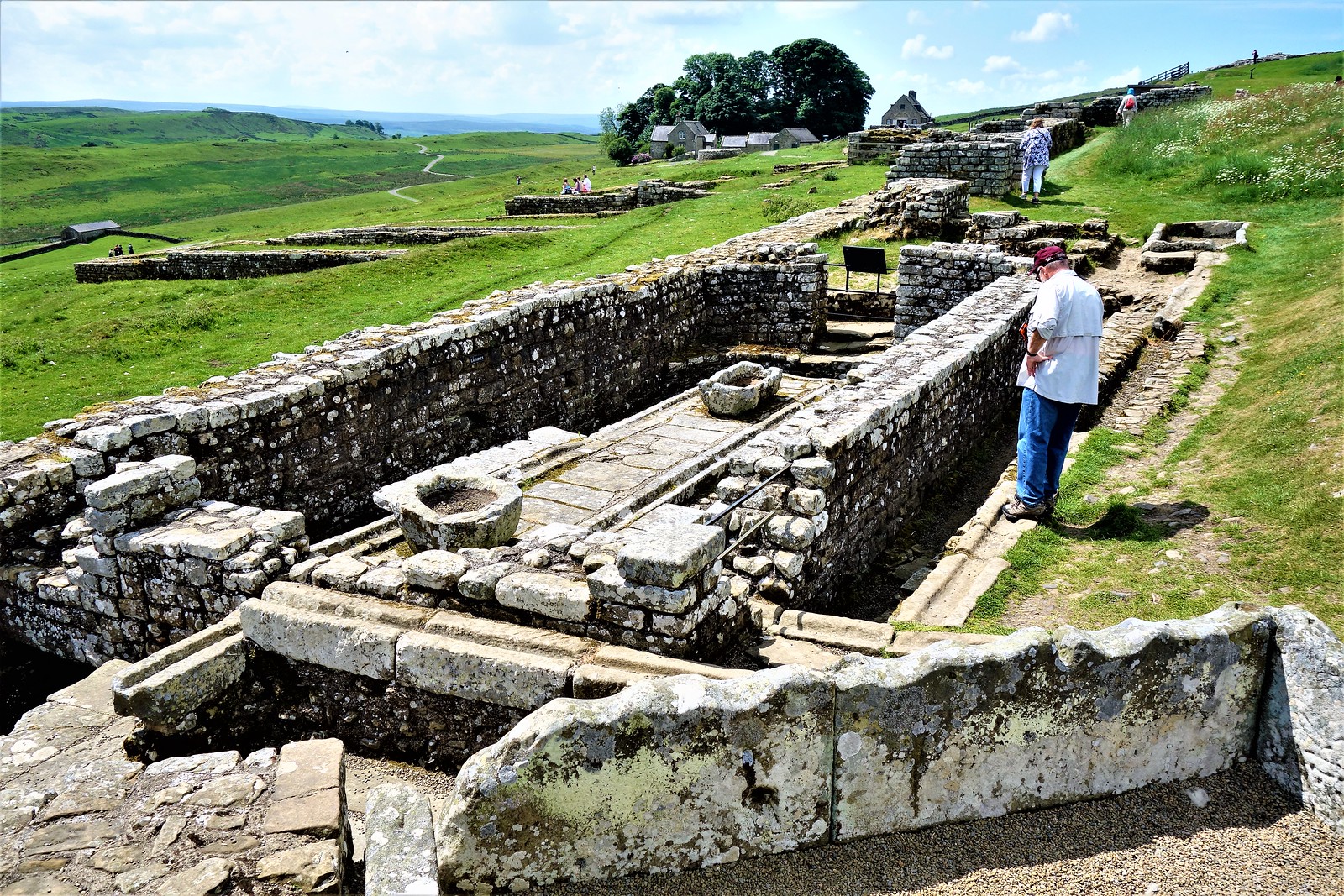