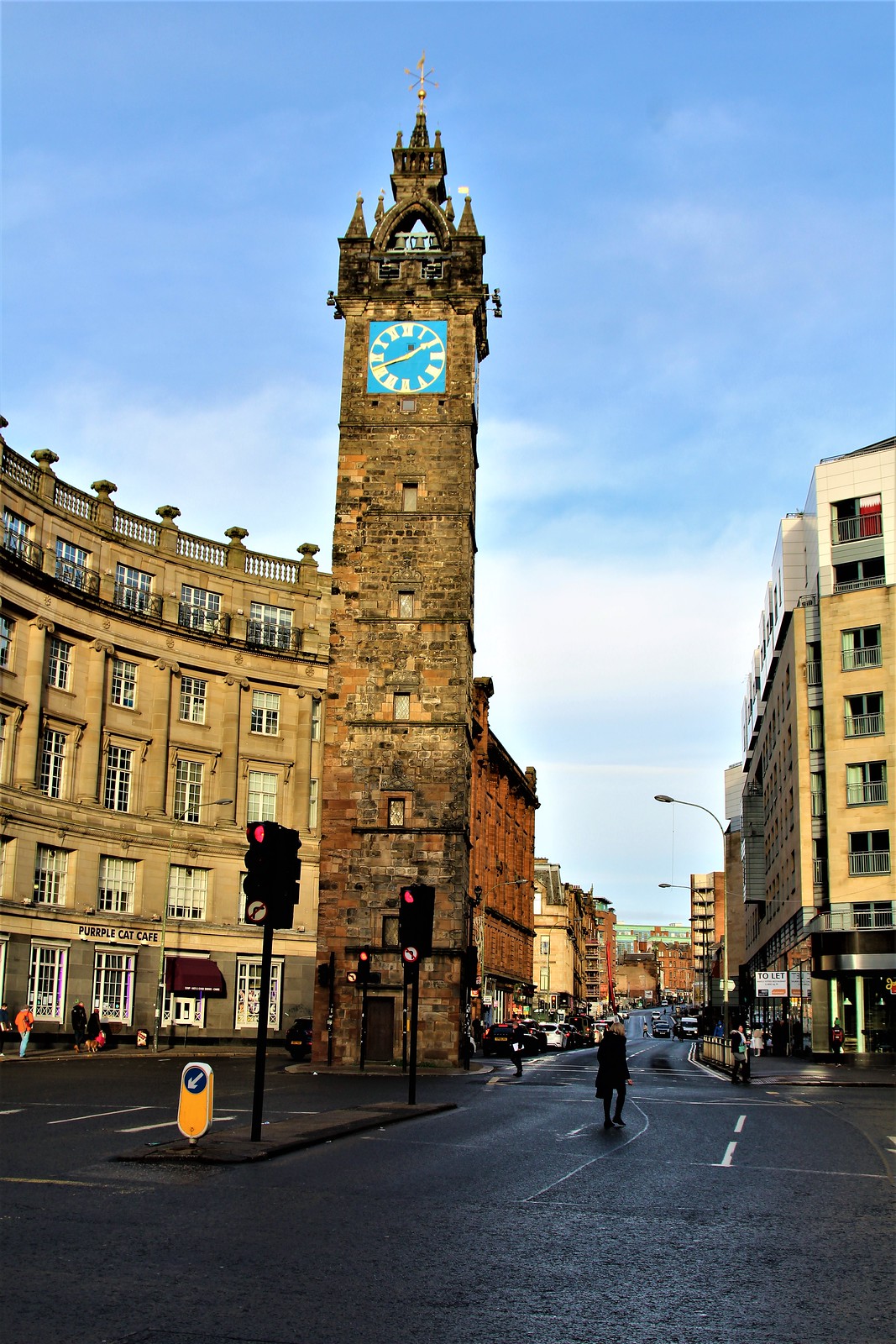 This evening, I am posting information on Glasgow's Tolbooth Steeple which is located at a road junction known as Glasgow Cross and marks a very old part of Glasgow.

In the period leading up to the Reformation (1560), Glasgow Cross was known as Mercat ( Market ) Cross after the market that was held there in the wide open space where the four streets met. These were the Tronegait to the west, named after the trone or balance that was installed there for weighing goods, Gallowgait to the east, Street from Mercat Cross to the Metropolitan Church to the north, and Walkergait to the south, the latter named after the waulkers who bleached cloth. Later, the street to the north would be renamed the High Street after the High Kirk (Cathedral) and Walkergait would become the Salt Market, after the salmon curing.

This location was originally at the heart of Glasgow's commercial centre but over the ensuing centuries the city's centre of gravity has progressively moved west leaving the Glasgow Cross area somewhat down at heel although rejuvenation is on the agenda.

To motorists, the Tolbooth Steeple appears to be a road blockage. However, the structure is an important part of Glasgow's heritage and dates from 1625-7. The seven storey structure was originally part of a much larger administrative complex which housed the Town Clerk's Office, the council hall, the city prison and a platform from which public proclamations were read. All buildings other than the Steeple were demolished when new facilities were built elsewhere. 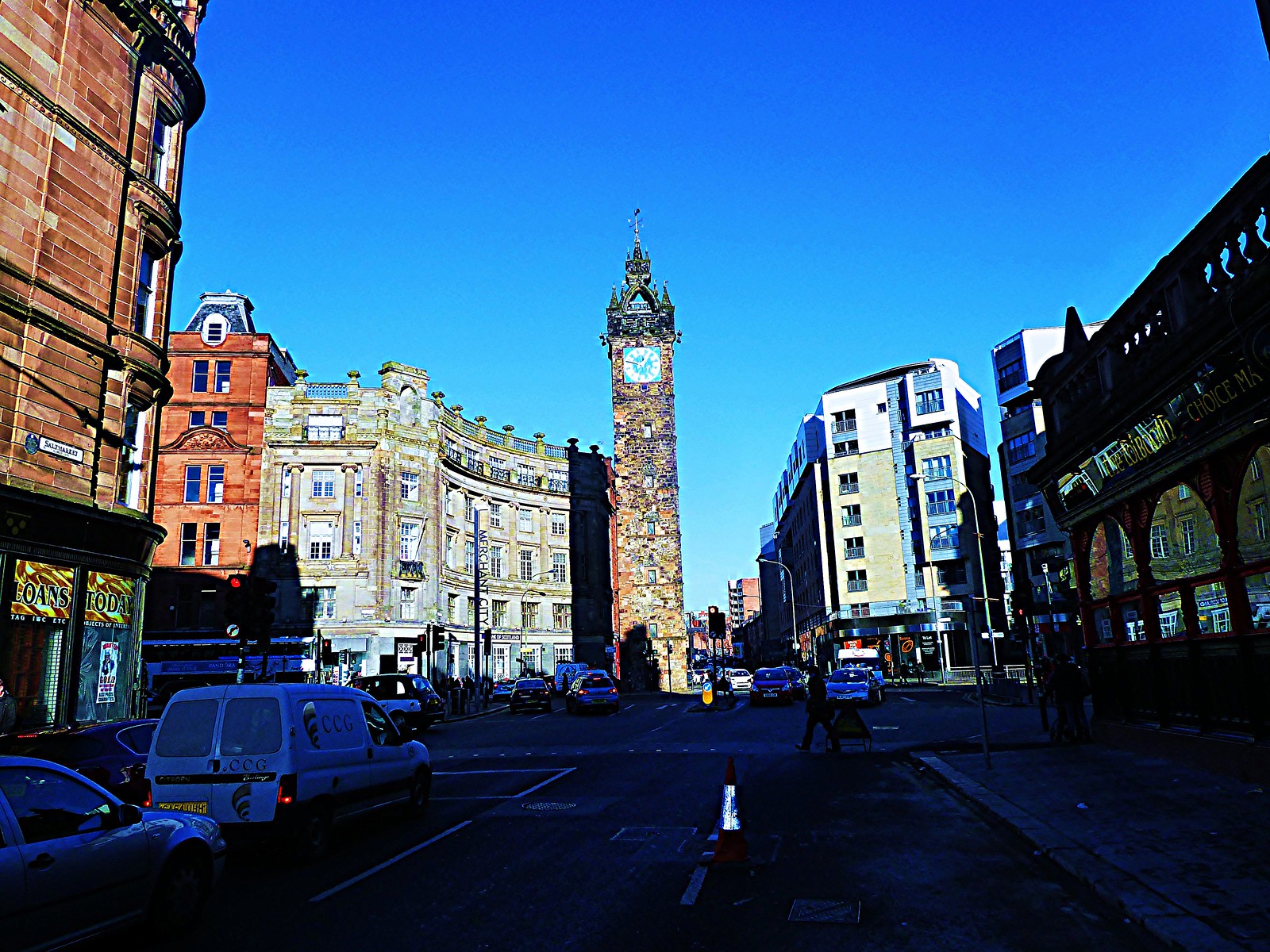