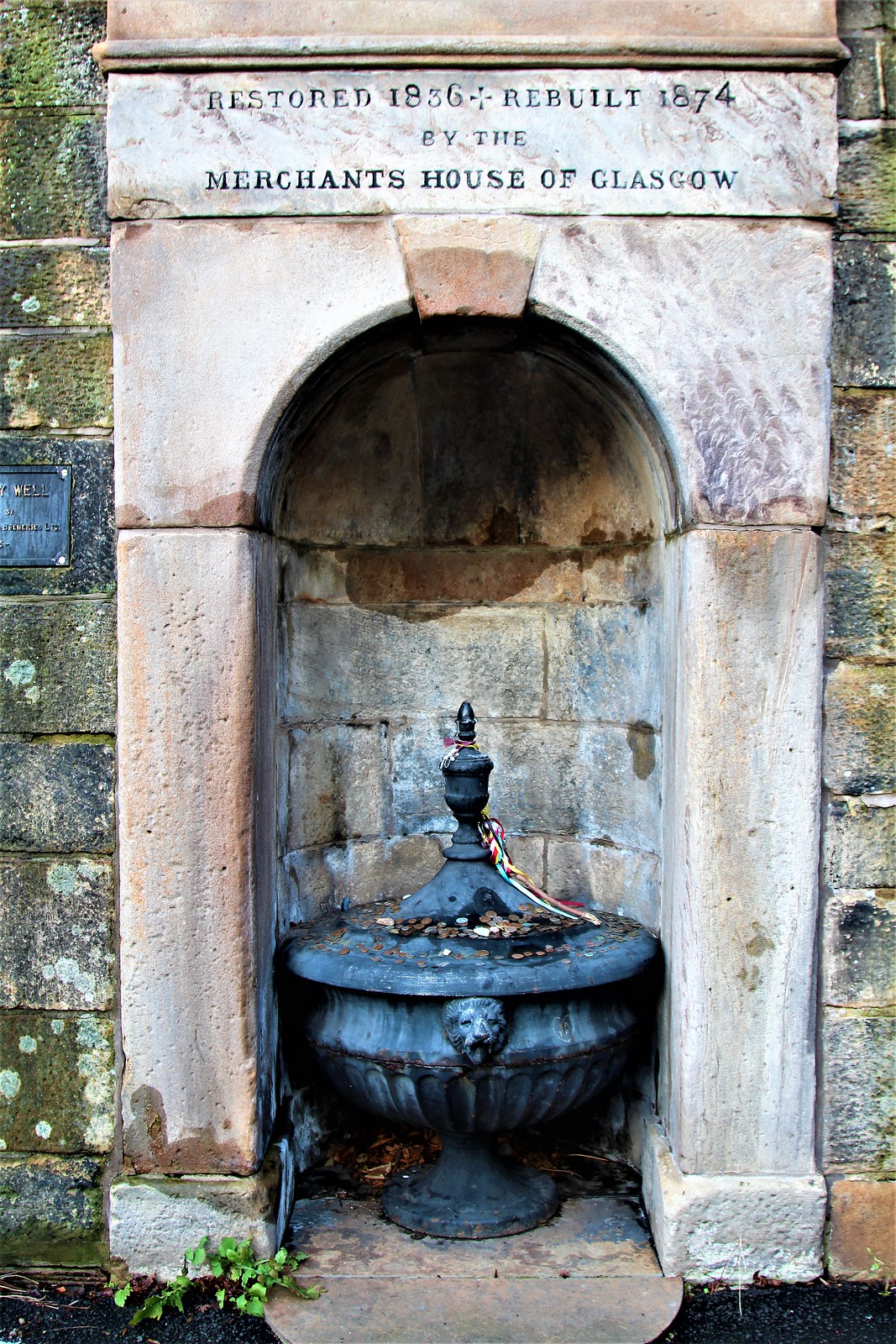 Tonight, I am reporting on The Lady Well in Glasgow, Scotland which can be found positioned in a wall niche on the north side of Ladywell Street, next to the Necropolis burial ground.

This ancient water source dates from medieval times and possibly much earlier. Its use as a well was discontinued when the first graves were dug on the Necropolis hillside site in 1833, for fear that the water might become contaminated.

The Lady Well was still in use as a public water source after most wells in Glasgow were closed. This followed the piping of fresh water from Loch Katrine which transformed the city's health and sanitation in the 1860s. Actual closure date of the well for public use is not known.

In the British Isles wells and water sources have attracted donations of coins and other valuable artifacts over thousands of years and, as will be noted in the images herein, the Lady Well is no exception. 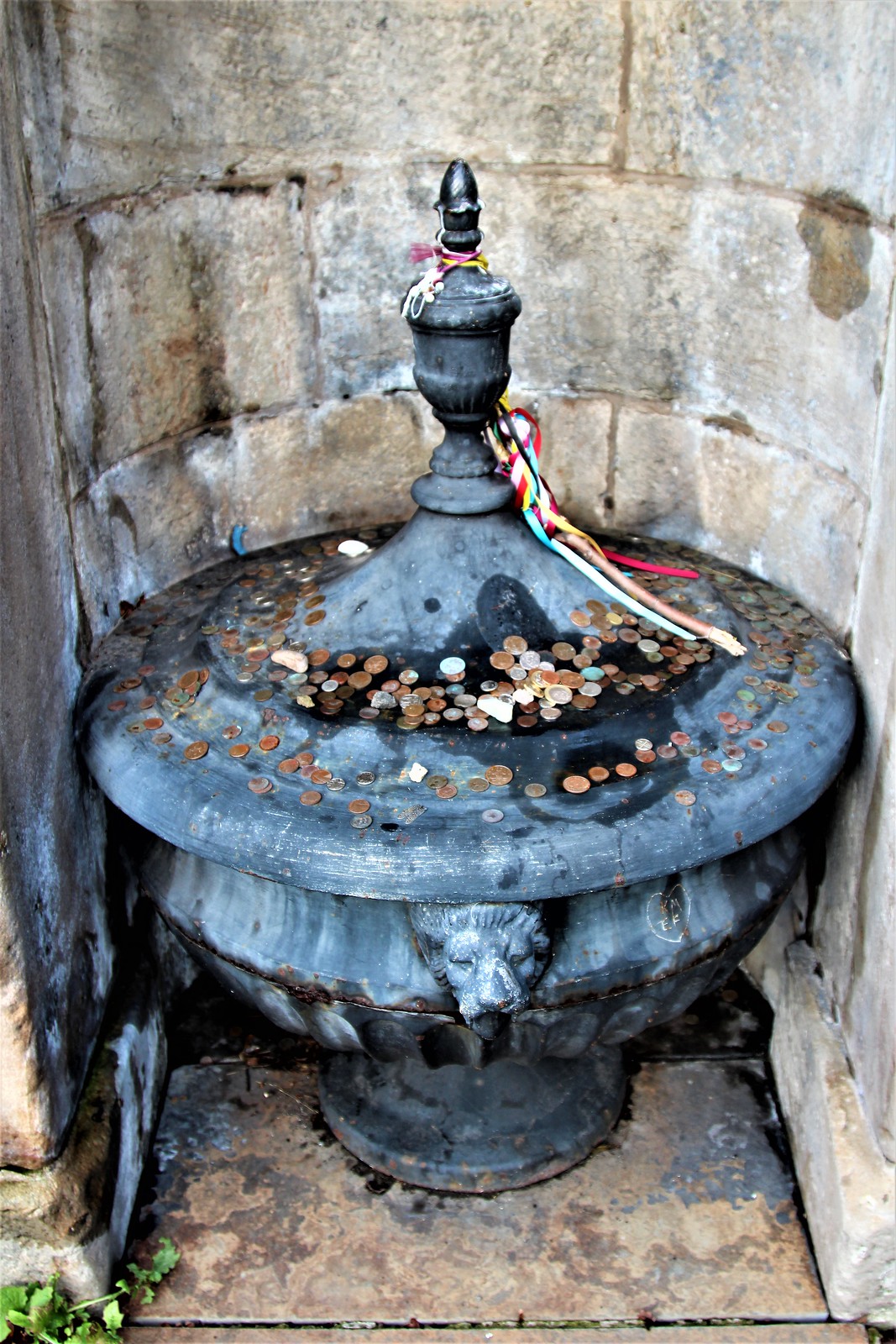