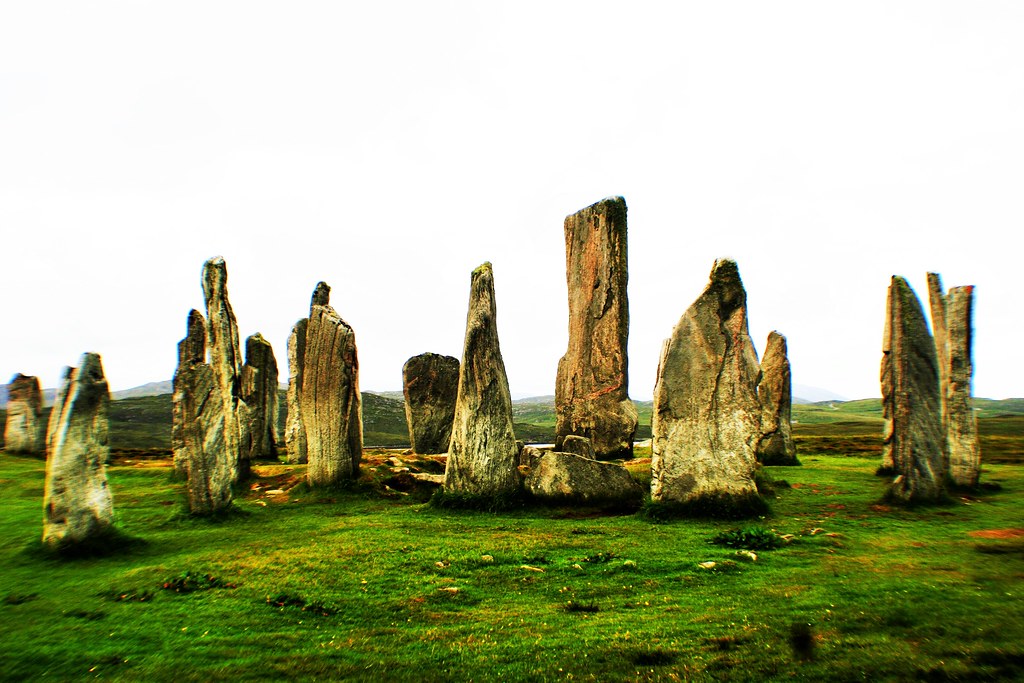 This evening, I am posting information on one of the most prominent stone circles in the British Isles, namely Callanish on the Isle of Lewis which lies off Scotland's West Coast.

The circle, which may actually be an elipse, dates from around 2200 BC. Diameter is 37ft 4ins and the site is located on a ridge overlooking the waters of Loch Roag.

The Callanish site is embellished with:
Certain anomalies in the architecture of the entire site suggest a possibility that the complex was abandoned before completion.

There are three other stone circles in the vicinity of Callanish stones described above.

Callanish is located 13  miles west of Stornoway, the principal town on Isle of Lewis. 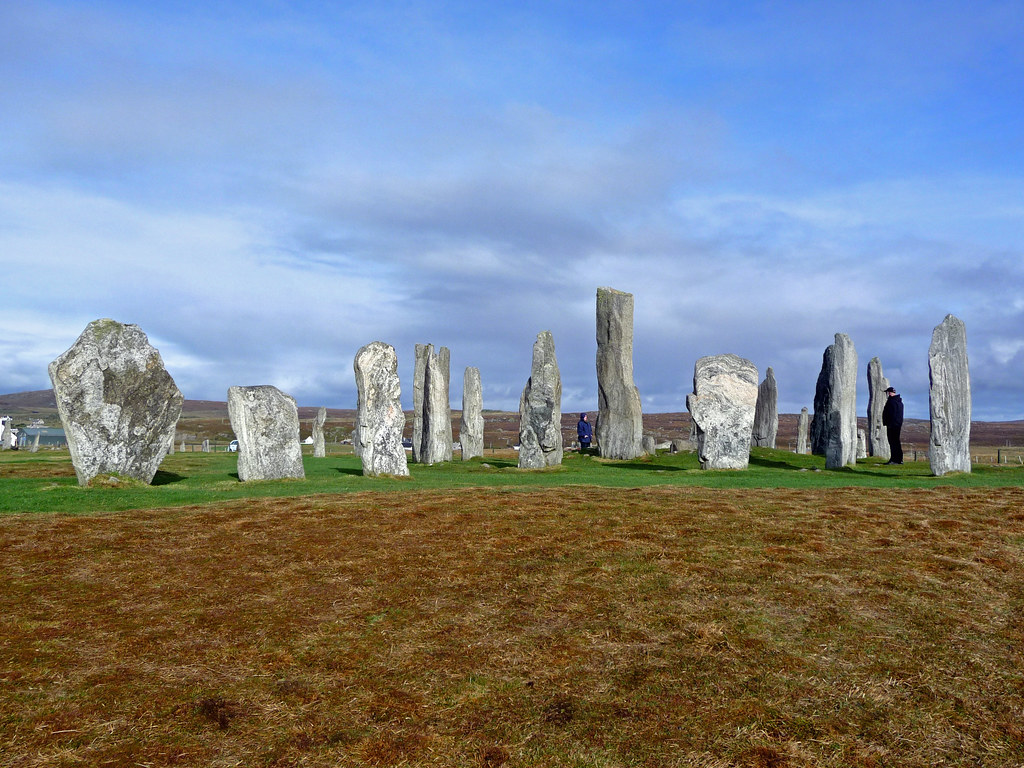