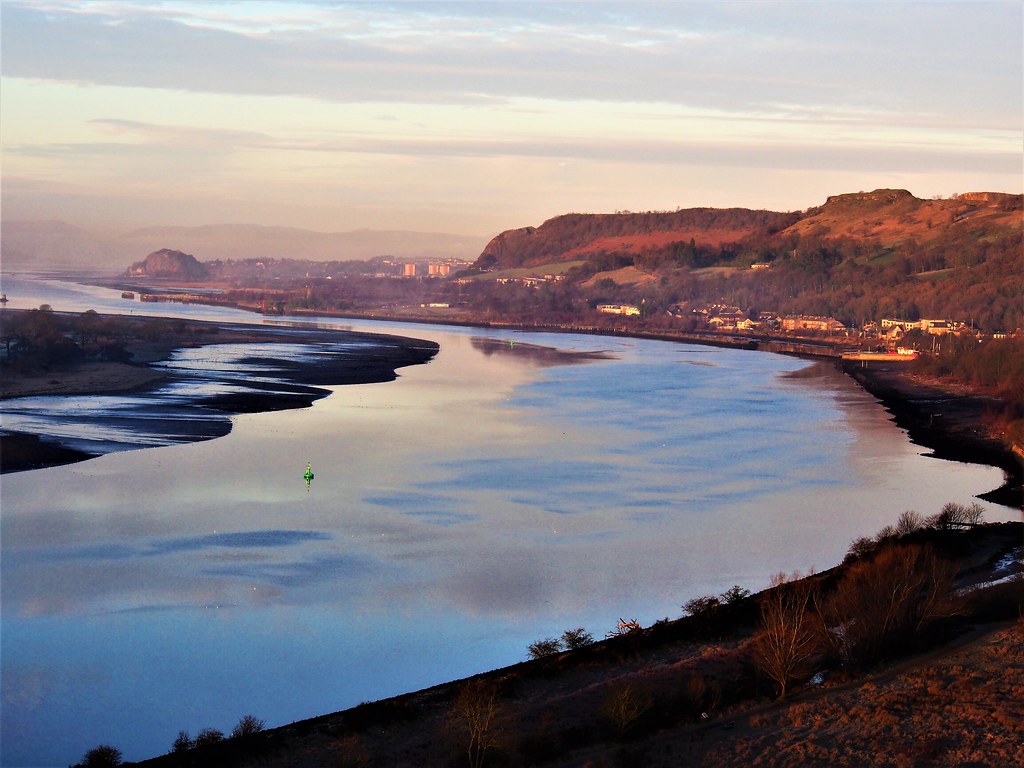 (Above provides a landscape view of the River Clyde looking N.W. with Dumbarton Rock in the middle distance on the left.)
This evening, I am reporting on today's visit to Dumbarton Rock which sits on the north bank of the Firth of Clyde in S.W. Scotland.(Firth means bay or estuary and indicates where the River Clyde empties into the Irish Sea/Atlantic Ocean.)

View of Rock with Governor's residence. 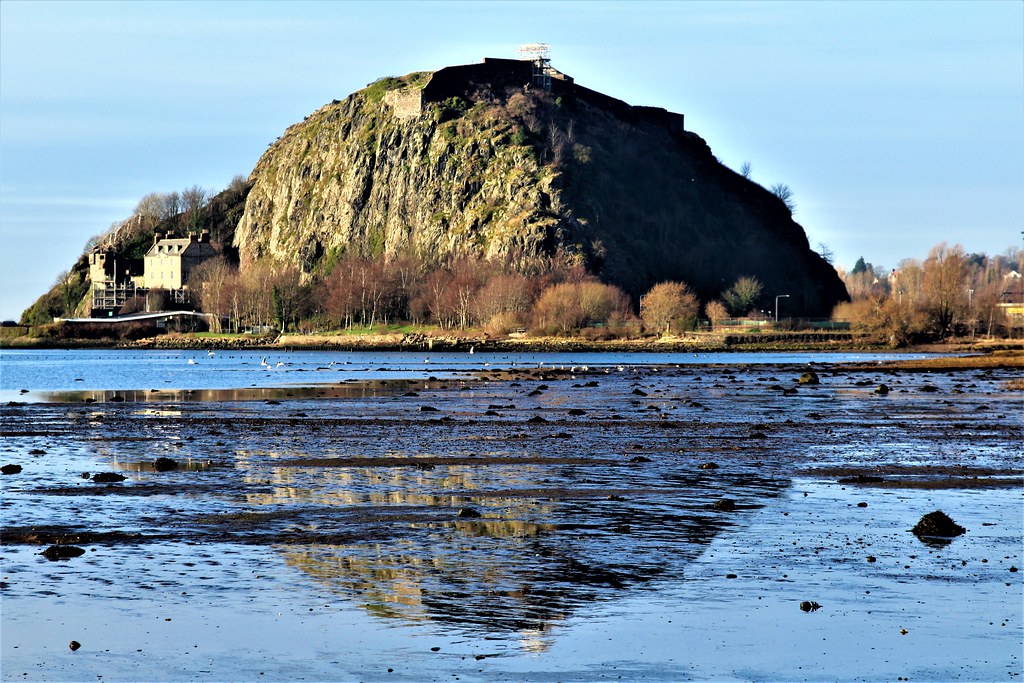 Dumbarton Rock is actually a basalt plug at root of a long-extinct volcano dating to the Carboniferous period, about 330M-340M years ago.

The name Dumbarton is derived from dun breatainn which means 'fort of the Britons' on which more below. These people were Brittonic (Welsh) speaking.

Evidence suggests the Rock has been used as a strategic defensive position since the Iron-Age, about 2000 years ago.

During the 5th-9th centuries AD the Rock was the power base of the independent Kingdom of Strathclyde which covered S.W. Scotland and down into modern-day England.

In AD 871 a force of Vikings from Ireland captured and destroyed the fortress.

During the medieval period ( 1066-1485) extensive military use was made of the site by Scottish royals.

Mary Queen of Scots departed the Rock as a child for France in 1548.

Today. most structures on the Rock date from the 18th century.

The Rock is a popular visitor attraction which offers superb views over the River Clyde and related landscapes. The site is also used by bird watchers.

View of Dumbarton and mountains in distance 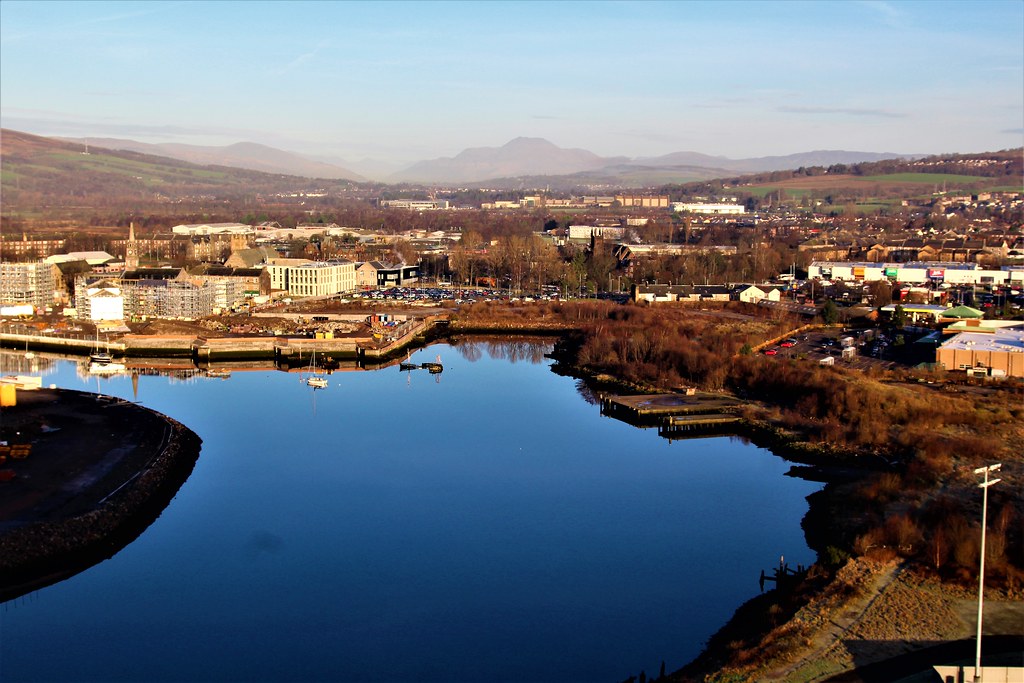 Firth of Clyde flowing west as viewed from atop Dumbarton Rock 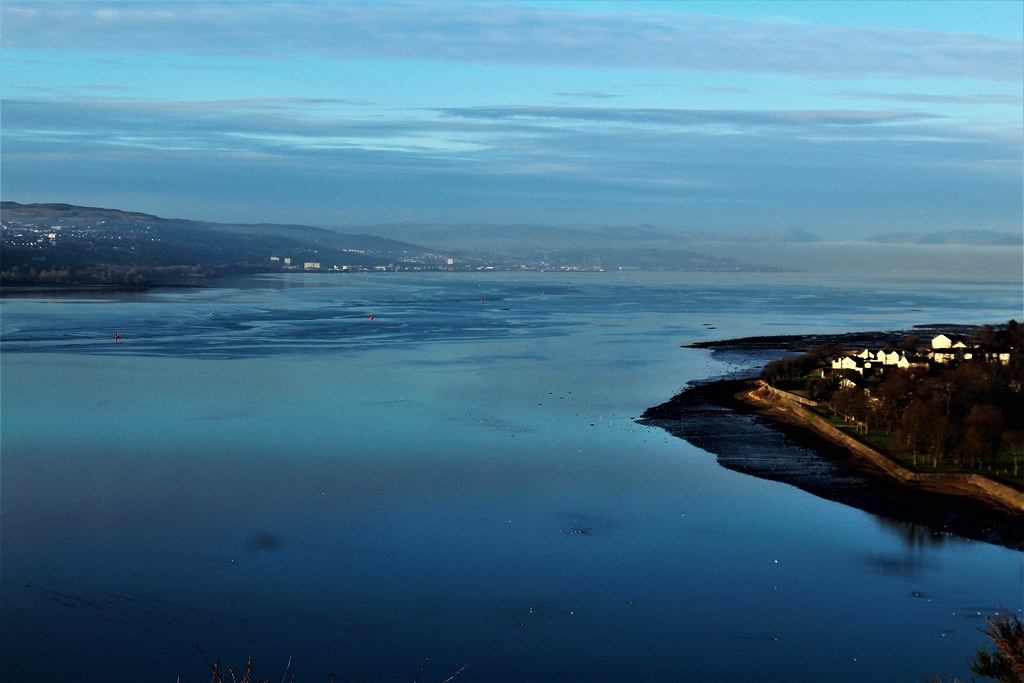 Close up of Rock 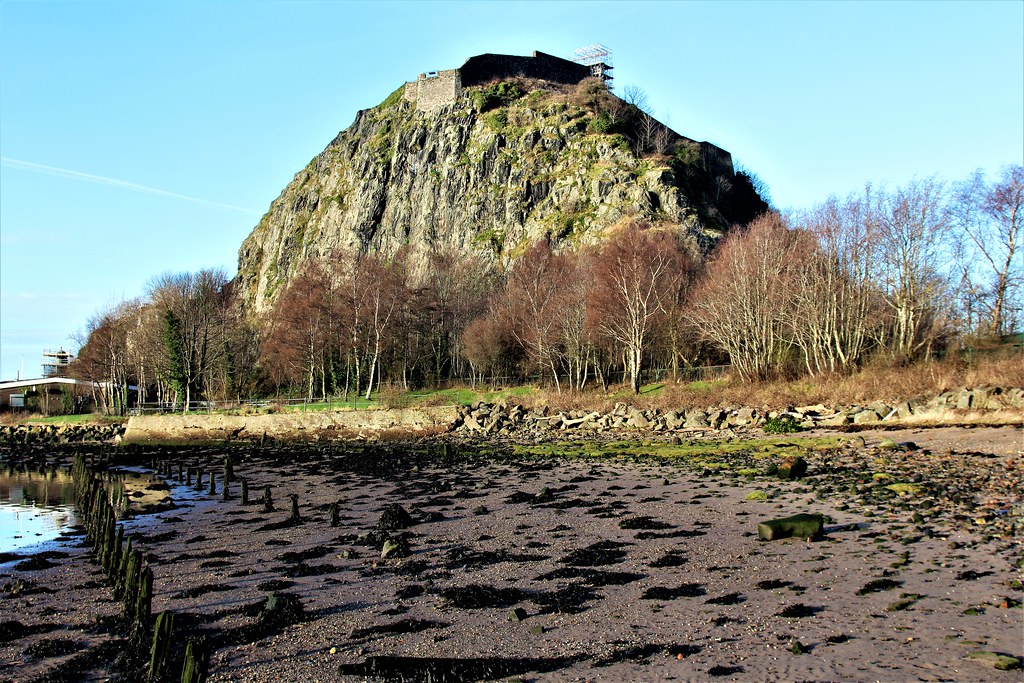 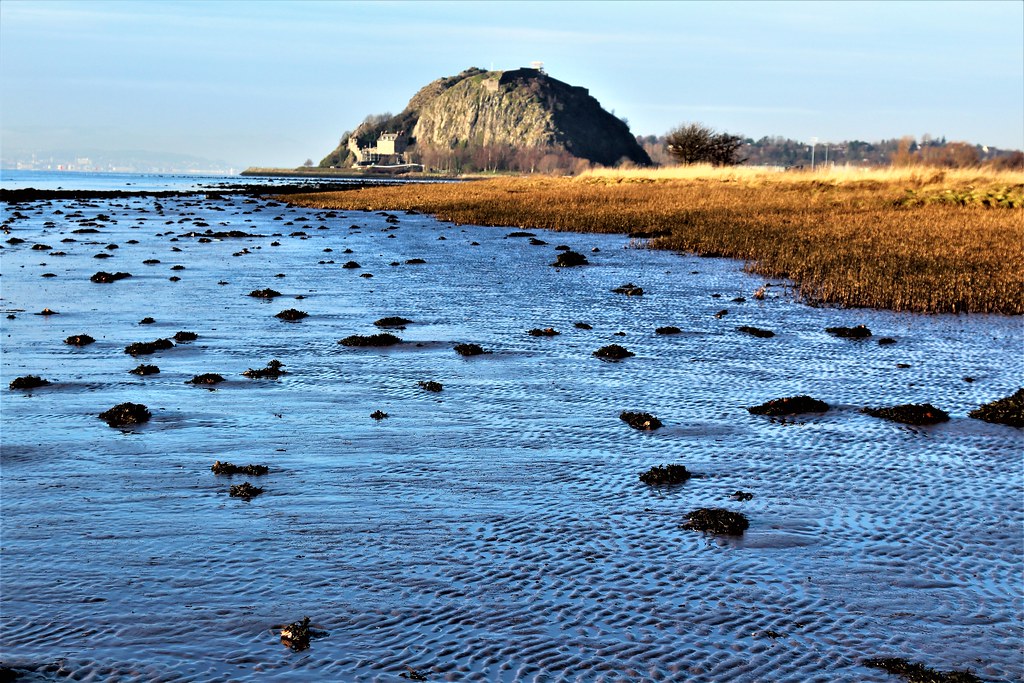 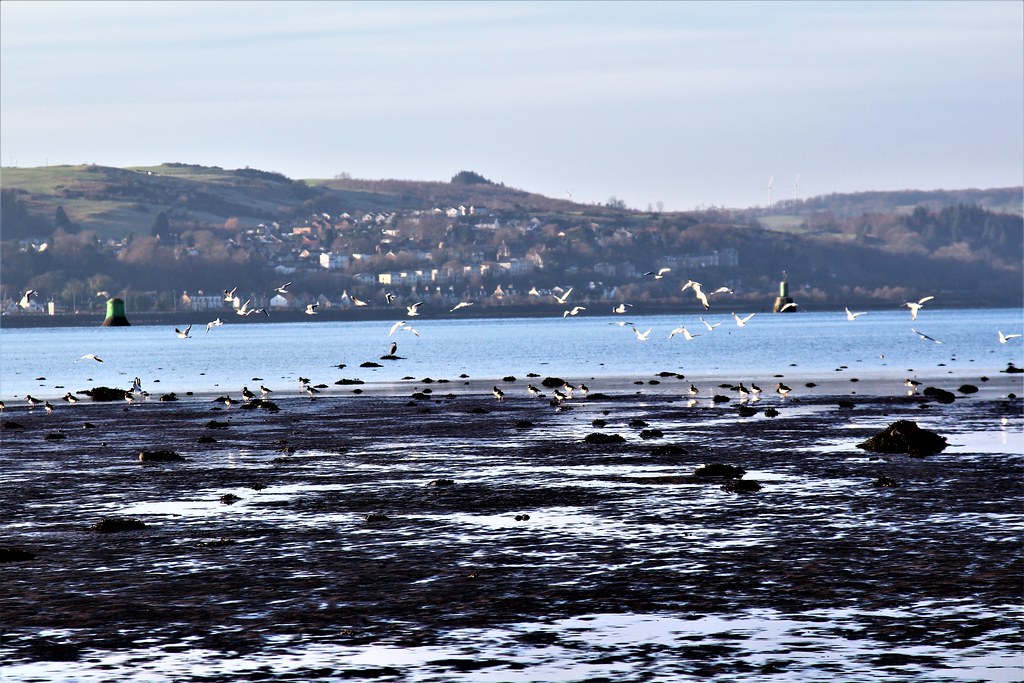