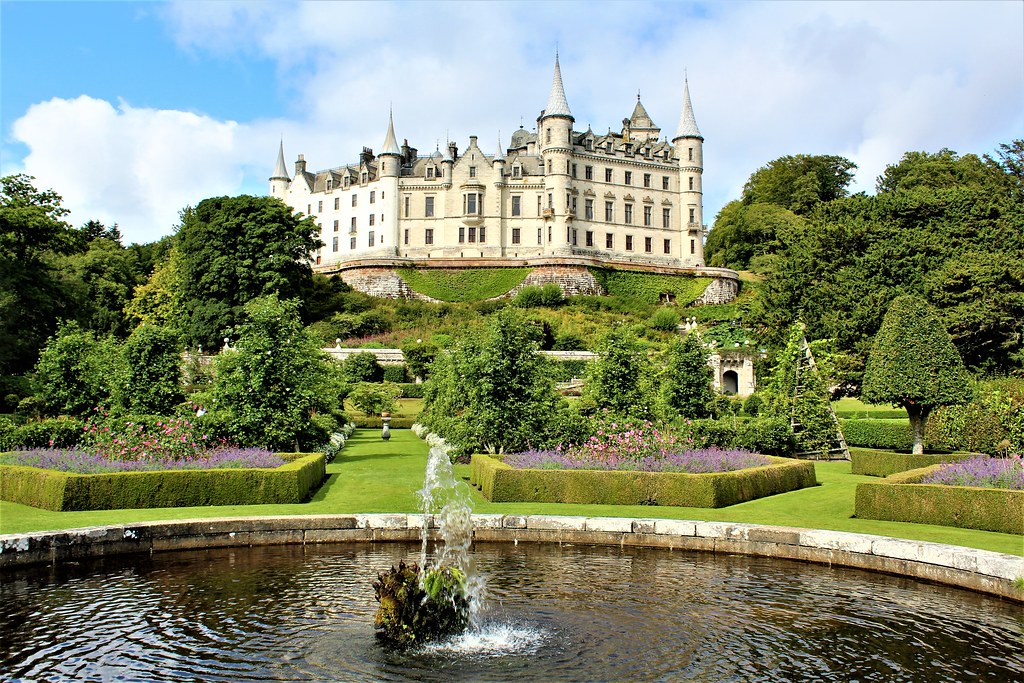 This evening, I am posting information in Dunrobin Castle, a top visitor attraction located located on the N.E. coast of Scotland, about 54 miles north of Inverness.

To the extent that the term 'castle' denotes a building with a military function then Durnrobin is misnamed because it is actually a grand house dating from peaceable times of  1845 with design influenced by French Renaissance and Scottish baronial styles. However, the current building is built around the core of a medieval castle which was involved in past conflicts.

Today, the castle is the family seat of the Earl of Sutherland and the Clan Sutherland. Current owner is Elizabeth, the 24th Countess of Sutherland. This family's wealth derived from huge landholdings. During the period 1770-1860 (approx.) this family was at the heart of the infamous Highland Clearances when many thousands of tenant farmers were evicted to make way for more profitable sheep farming. 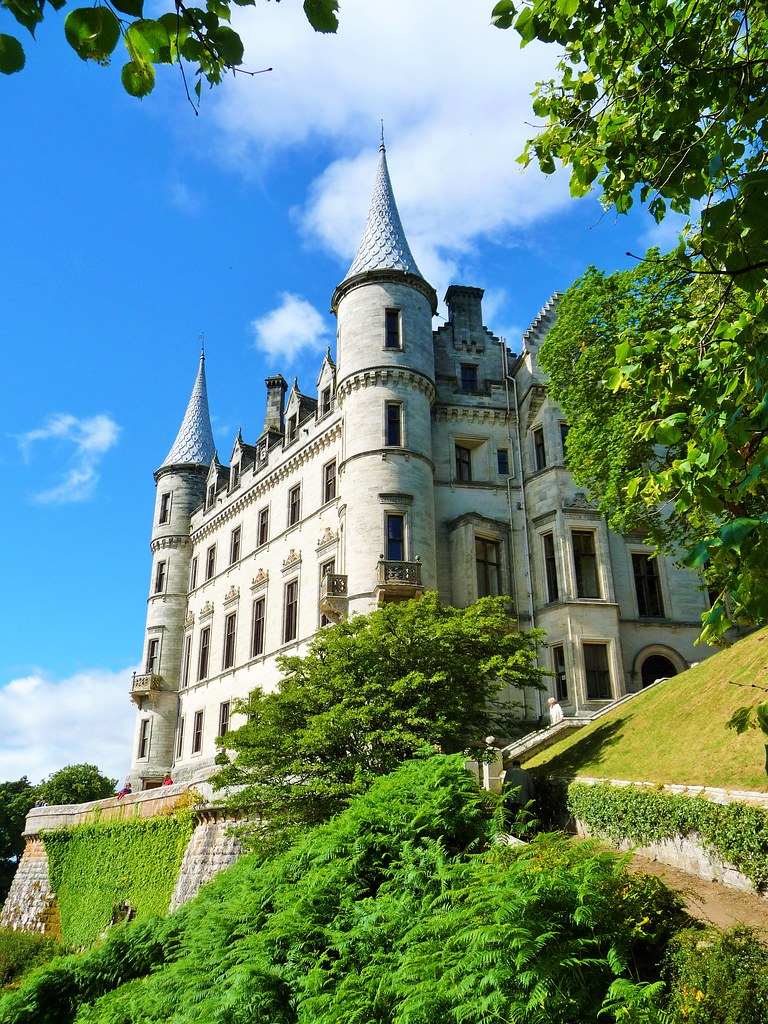 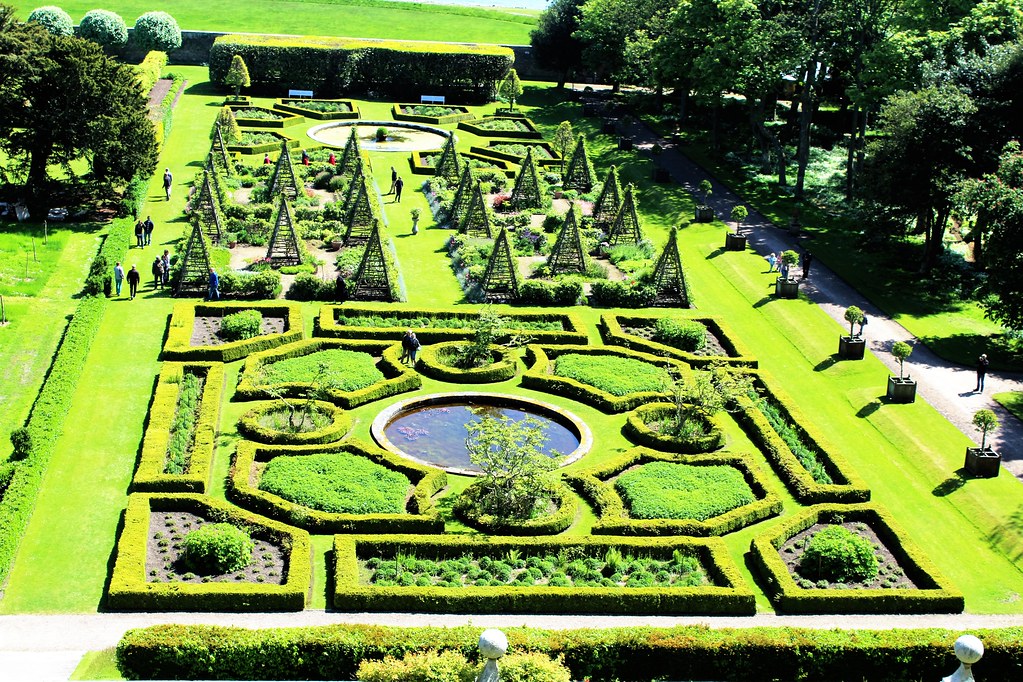 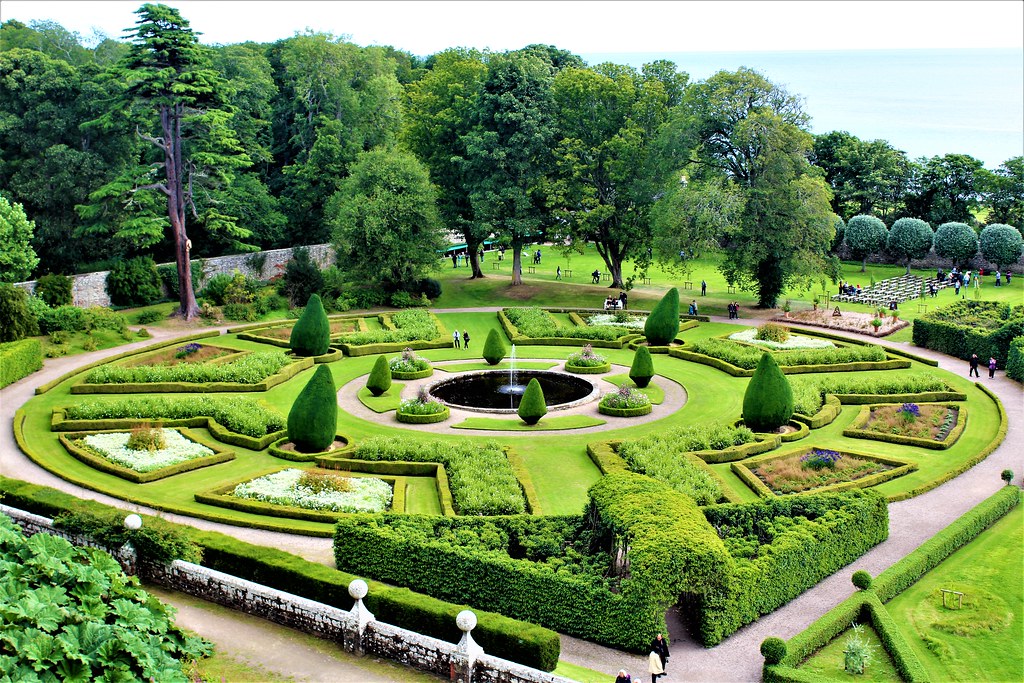 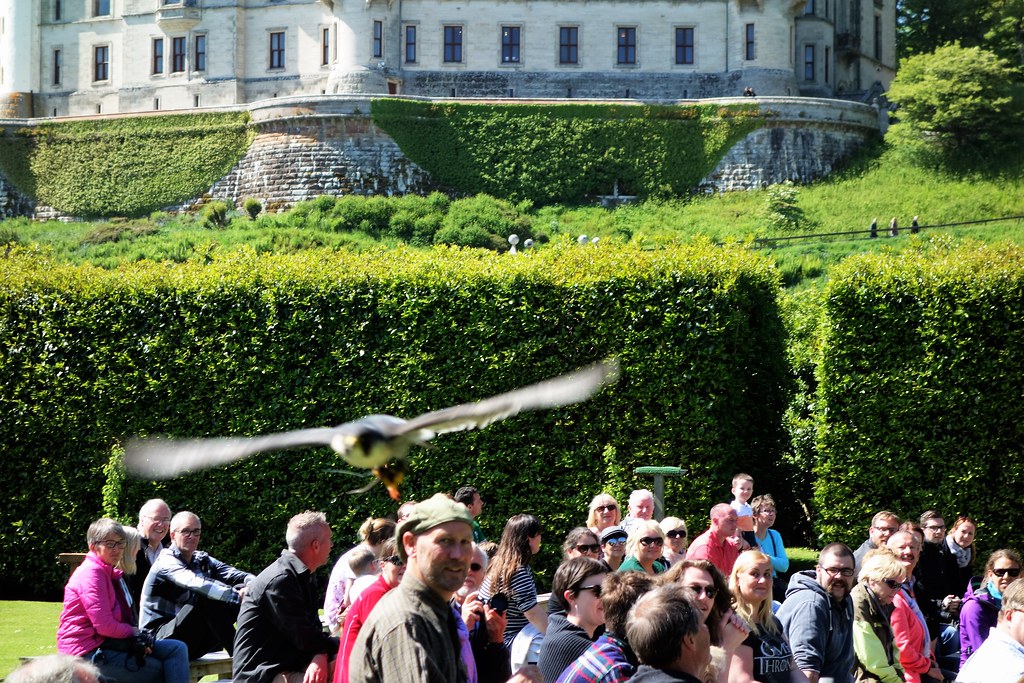