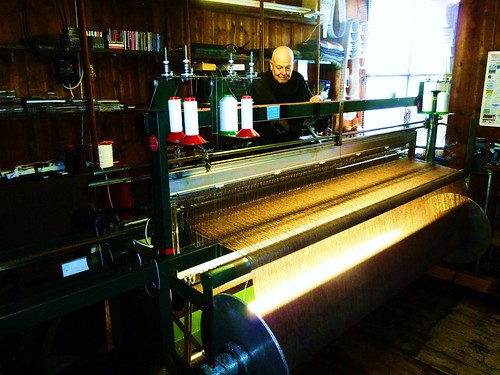 (Above image is of a Harris Tweed weaver at work at Tarbert.)

This evening, I am posting information on Harris in the Outer Hebrides. Latter being a chain of islands situated off Scotland's N.W.coast.

Harris is not an island in it's own right but linked to it's larger northern neighbour, Lewis. Lewis and Harris jointly form a single island which sits at the northern end of the Outer Hebrides chain.

Harris is distinguished from neighbour, Lewis by it's topography: Lewis is relatively flat whilst Harris is hilly, with over thirty peaks above 100feet in height. Area is 41 square miles. 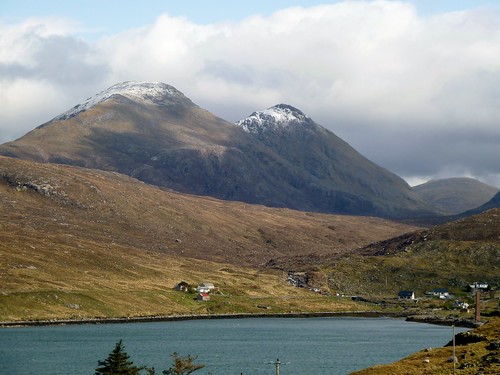 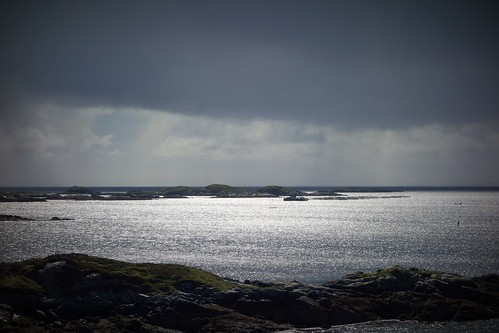 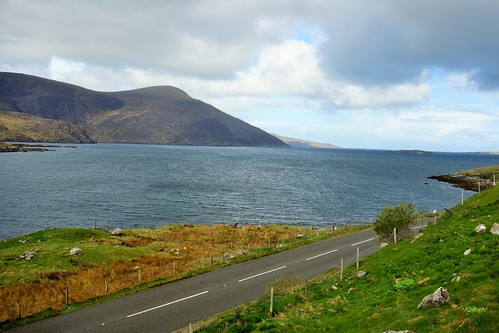 Back road on Harris 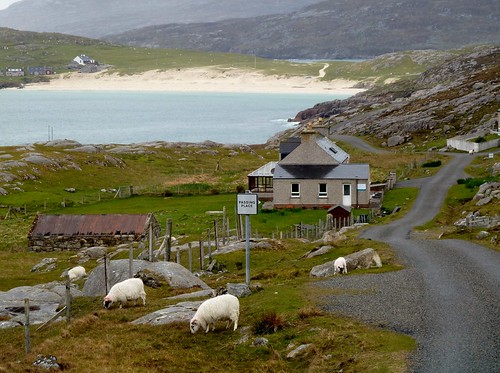 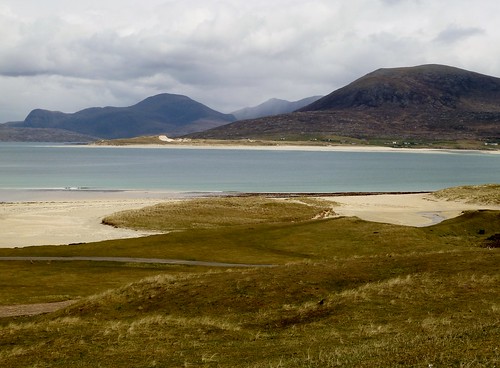 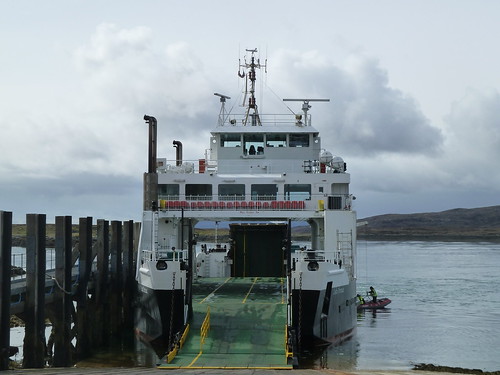 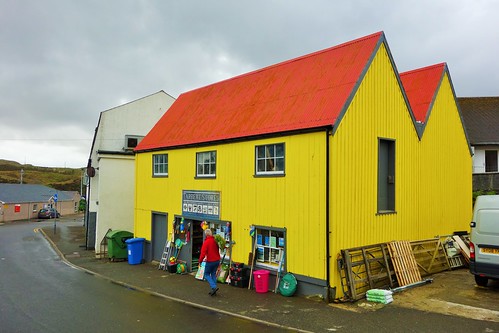 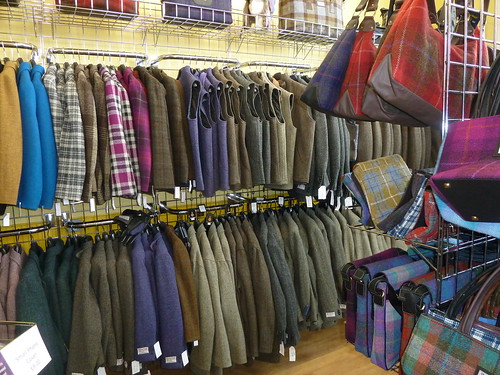 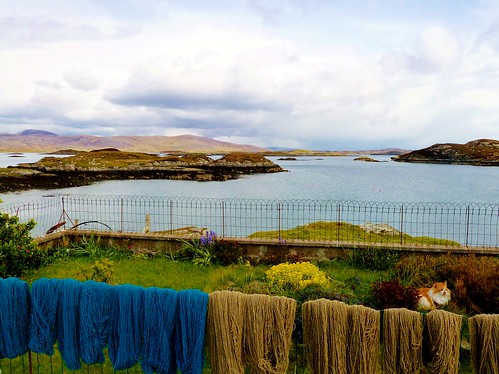