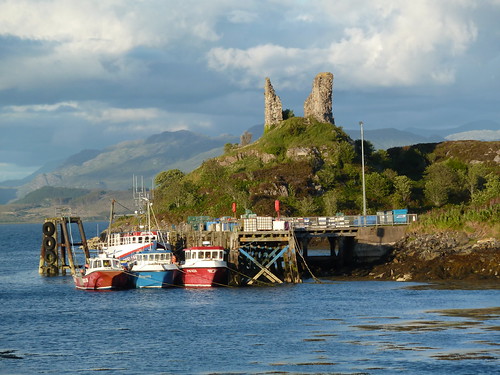 Image above shows Castle Moil at Kyleakin
This evening, I am posting information on Kyleakin, a small village at the eastern end of the Isle of Skye, close to Kyle of Lochlash on the Scottish mainland.

For touring purposes, I have found Kyleakin to be an excellent base for touring the Isle of Skye. Visitors can arrive at Kyleakin at end of day, overnight at the various lodgings available and then undertake a one day highlights tour of Skye before overnighting again at Kyleakin and then move on, either by ferry to Mallaig or Kyle of Lochalsh across the Skye Bridge.

Interestingly, the name Kyleakin has both geographic and historic associations. Firstly, Kyle means  a narrow stretch of water, in this case between Sky and Kyle of Lochalsh, maybe a mile or so apart. Secondly, the 'eakin' element is reputed to be a corruption of Hakon which harks back to the 13th century and a time when vast tracts of western and northern Scotland were controlled by Norway.

In 1263 the Norwegians, under King Hakon, lost a major sea battle against the Scots at Largs, south of Glasgow and thereafter ceded control of their lands to the Scots. Prior to or after the Battle of Largs King Hakon's fleet is reputed to have used the Kyle waterway which became known as the 'straits of Hakon' which subsequently became Kyleakin.

As will be evident the images herein, there is a ruined castle at Kyleakin which is known as Castle Moil. The current building was a Clan Mackinnon power base and dates from 1490-1513 but was abandoned in 1601.

View N.E. from lodgings at Kyleakin 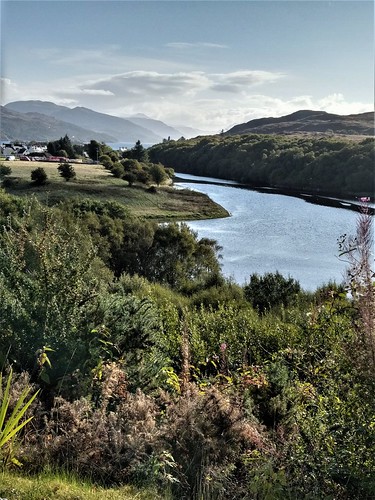 Skye Bridge (spanning the Plock of Kyle) as viewed from Kyleakin 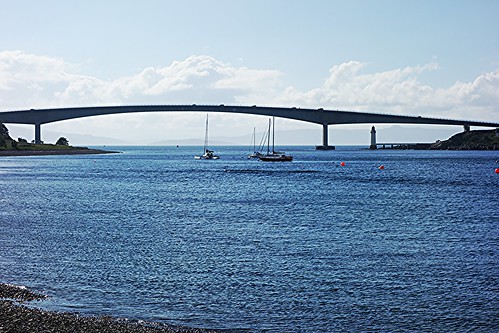 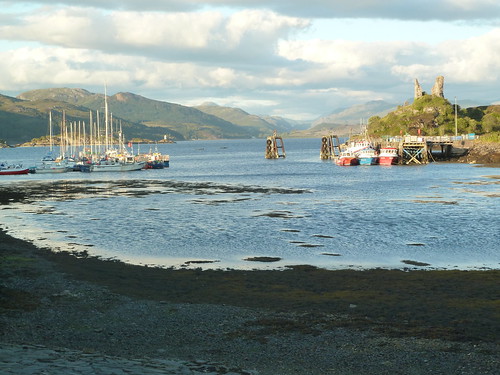