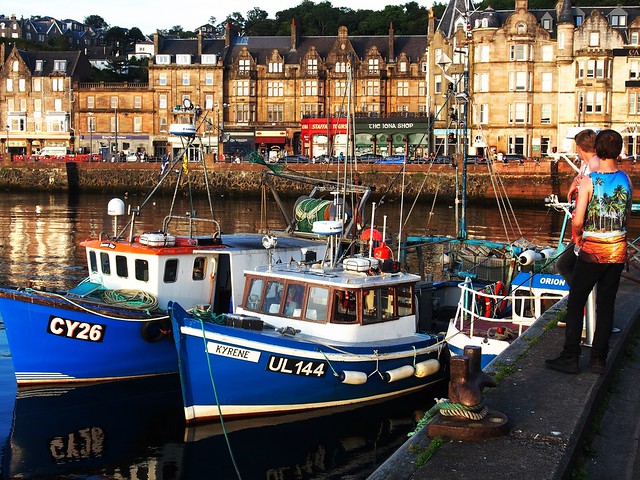 (Above image shows the town centre viewed from the harbour.)

This evening, I am posting information on the popular town of Oban which is located on the west coast of Scotland, about 100 miles N.W. of Glasgow.

Oban has a population of 8500 and can be accessed via road or rail.There is a  small airport situated 5 miles N.E. of the town which services local islands.

Many visitors use Oban as a transit point en-route, via ferry, to/from the nearby islands of Mull and Iona.

View of harbour and ferries from McCaig's Monument. 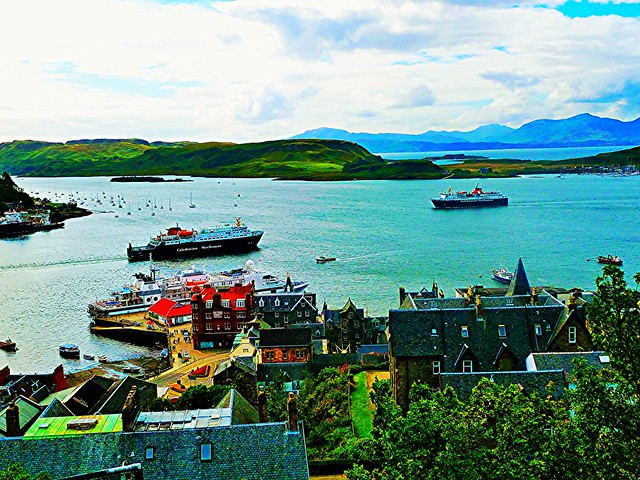 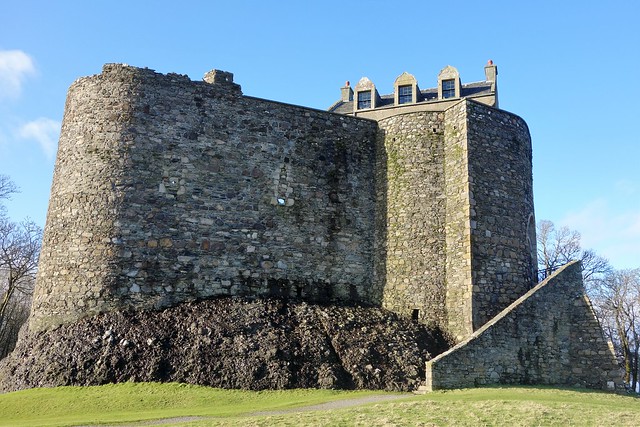 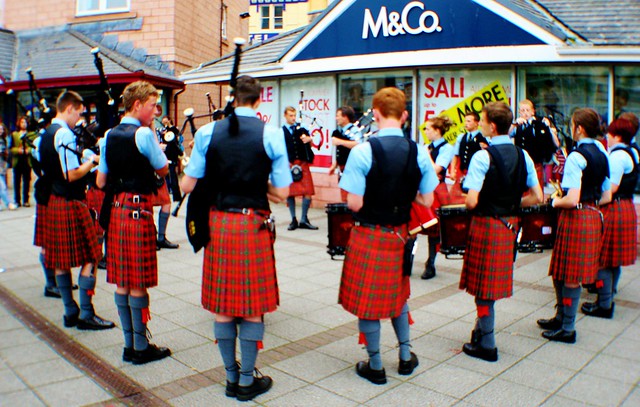 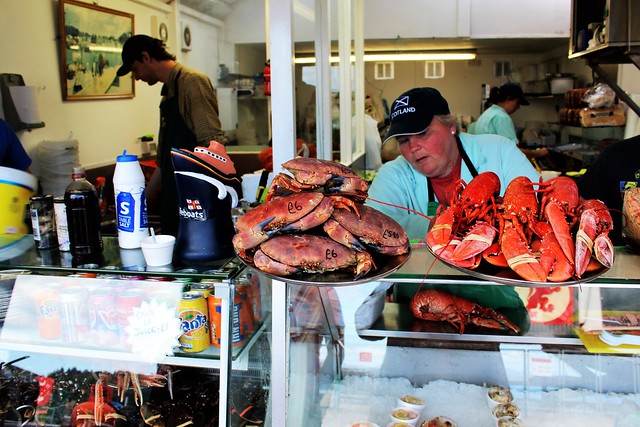 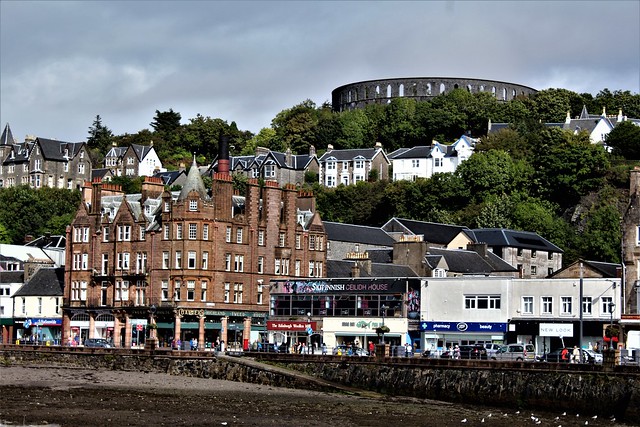 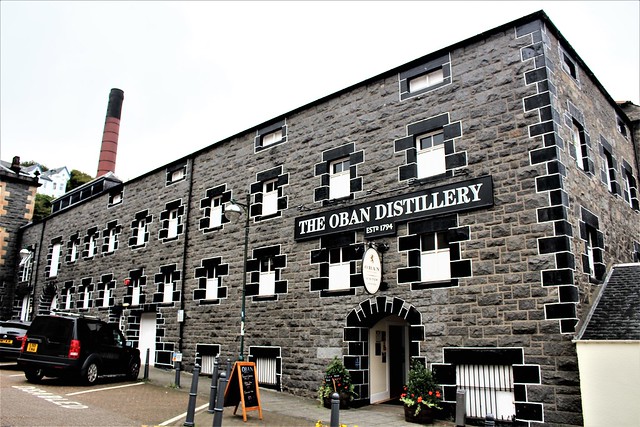 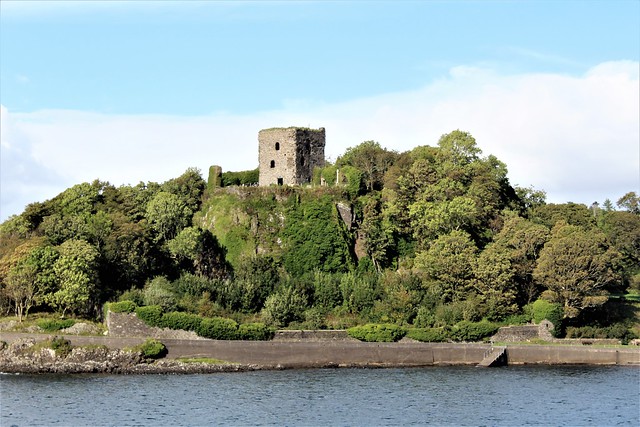