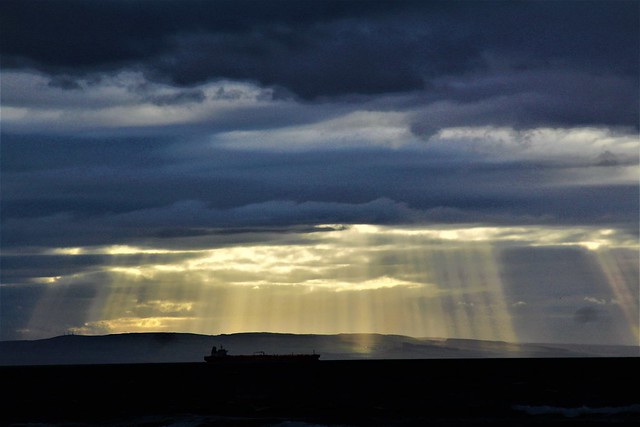 (Above image shows cloud formations over Isle Of Arran, opposite Saltcoats.)

My blog tonight reports on today's trip to Saltcoats and Ardrossan, two coastal contiguous towns on the coast of North Ayrshire, about 1 hour drive south of Glasgow, Scotland.

Saltcoats has its origins in salt panning whilst Ardrossan was and still is a port, best known for its ferry link with Isle of Arran.

One of the key attractions at Saltcoats is the approx. 400m year old fossilised tree ferns on the rocky beach. Unfortunately, however, the beach was closed to visitors during the winter owing to inherent dangers of the slippery rocks and risks of storms.

However, all was not lost as we are able to learn more about the region and it's geology on which more below.

As is well known, about 350m years ago, during the Carboniferous period, Scotland was part of Laurentia,a large continent which included North America. Sediments were eroded from mountains to the north and deposited into deltas and lagoons which experienced occasional incursions from the sea. About 300m years ago igneous rocks were pushed into the sediments (which contained coal,fossilised trees and shell fish) causing sills and dykes. 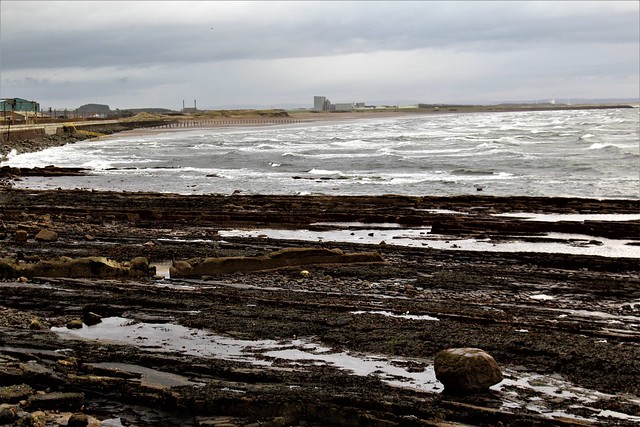 Shore line with Isle of Arran in distance 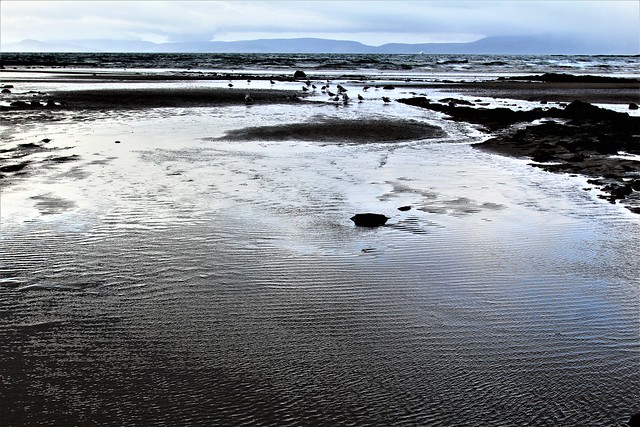 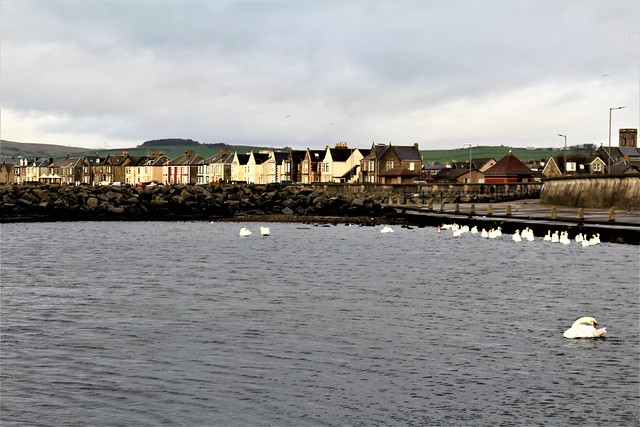 Ferry en-route from Ardrossan to Isle of Arran 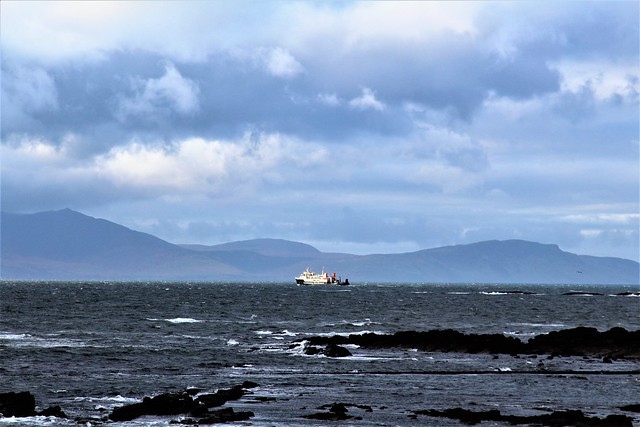