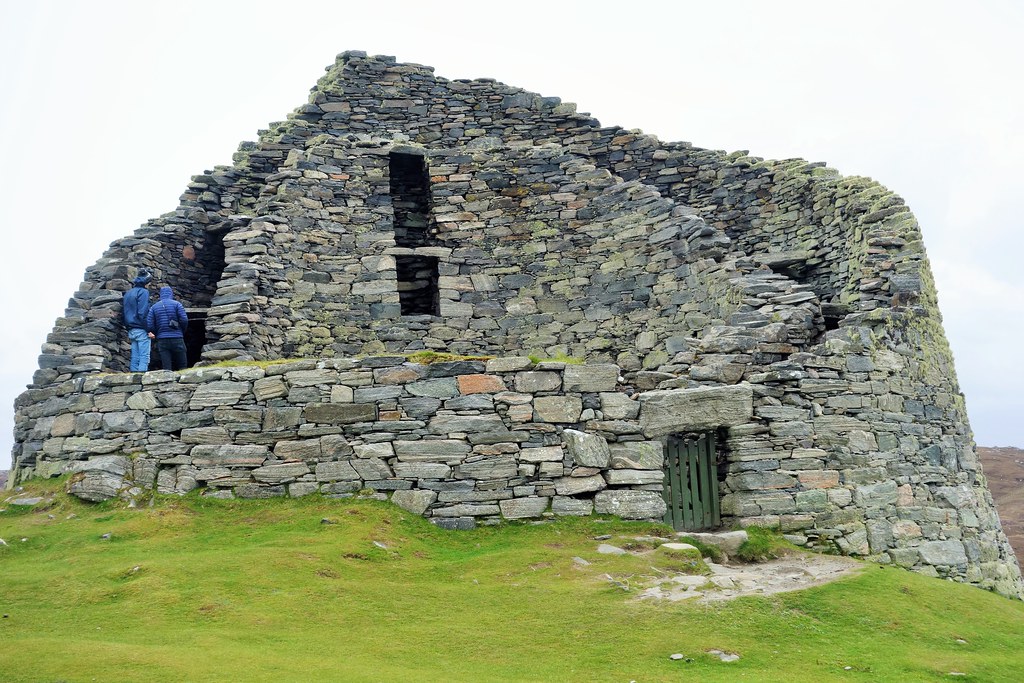 (Above image is of Carloway Broch on Isle of Lewis, Outer Hebrides.)

This evening, I am posting information on Scottish brochs information on which is summarized below.
In this post I have provided images of three ruined brochs, one each from Isle of Lewis, Isle of Skye and Orkney. An almost complete broch can be found on the uninhabited island of Mousa which forms part of the Shetland Isles. The Mousa broch reaches a height of 42 feet. 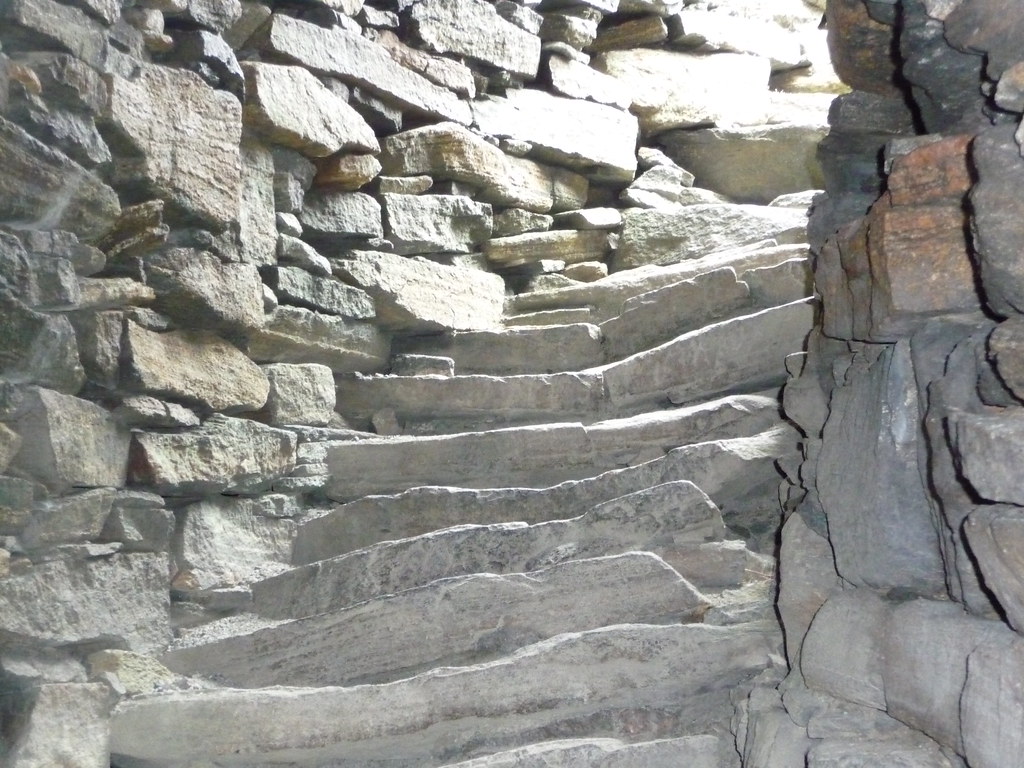 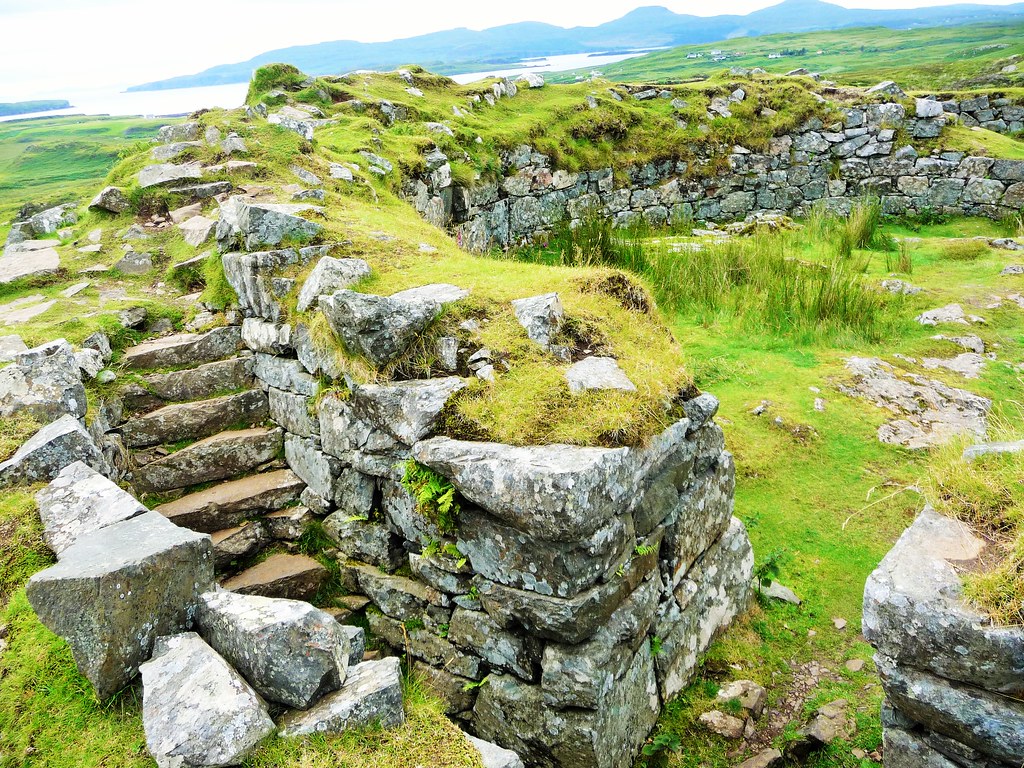 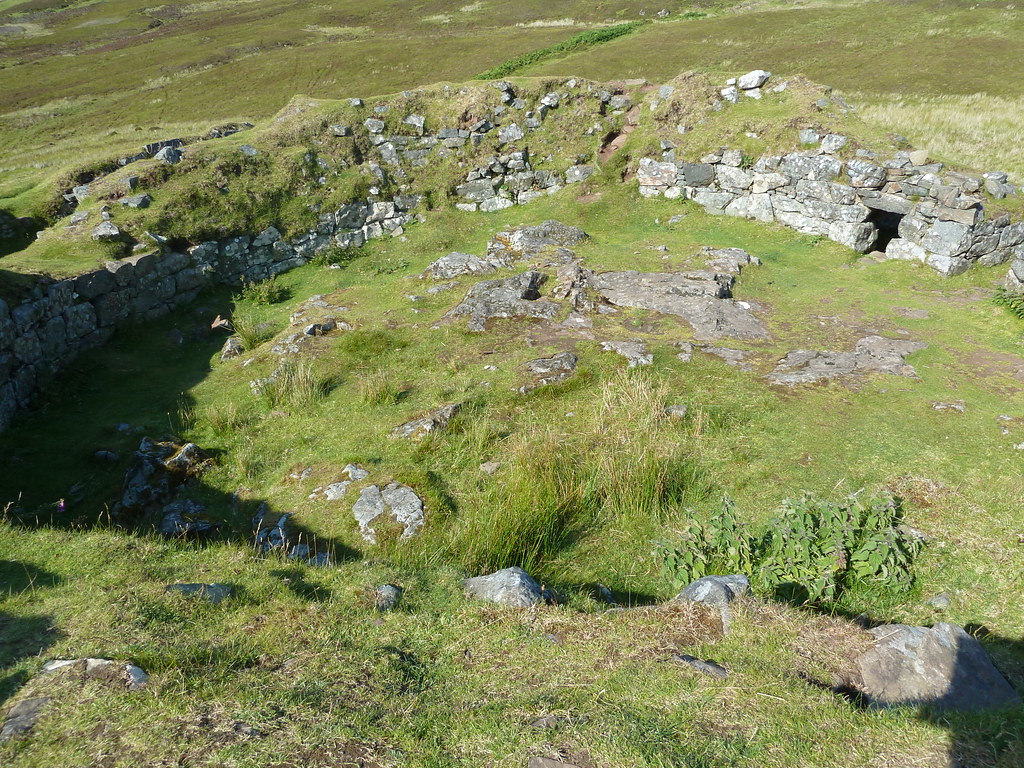 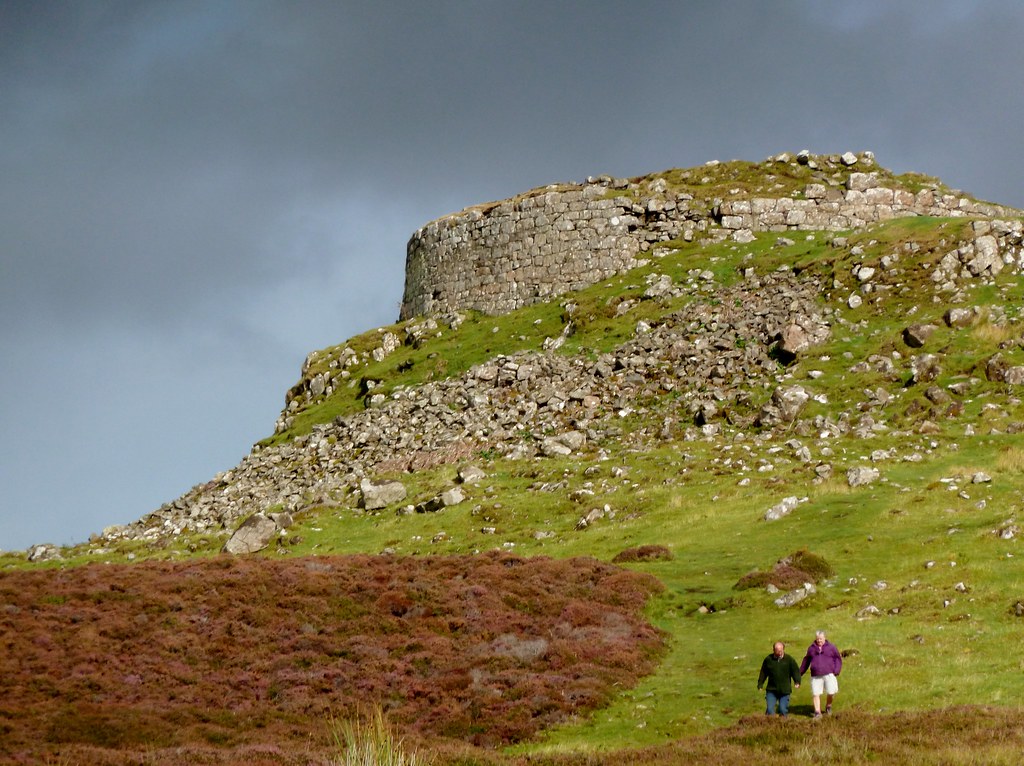 Inside Broch of Gurness, Orkney 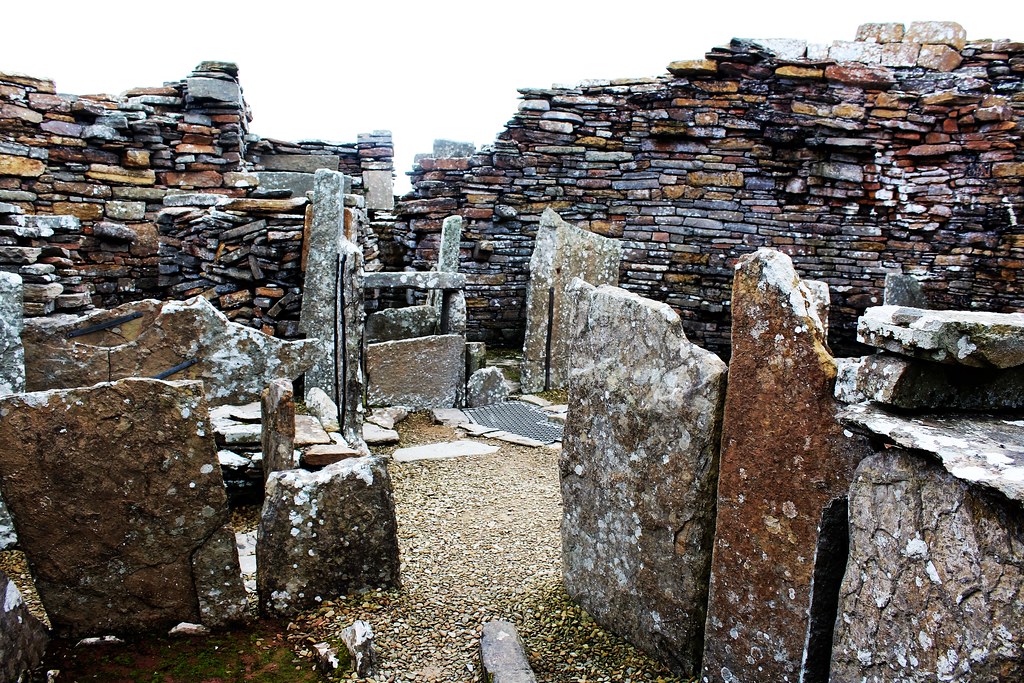 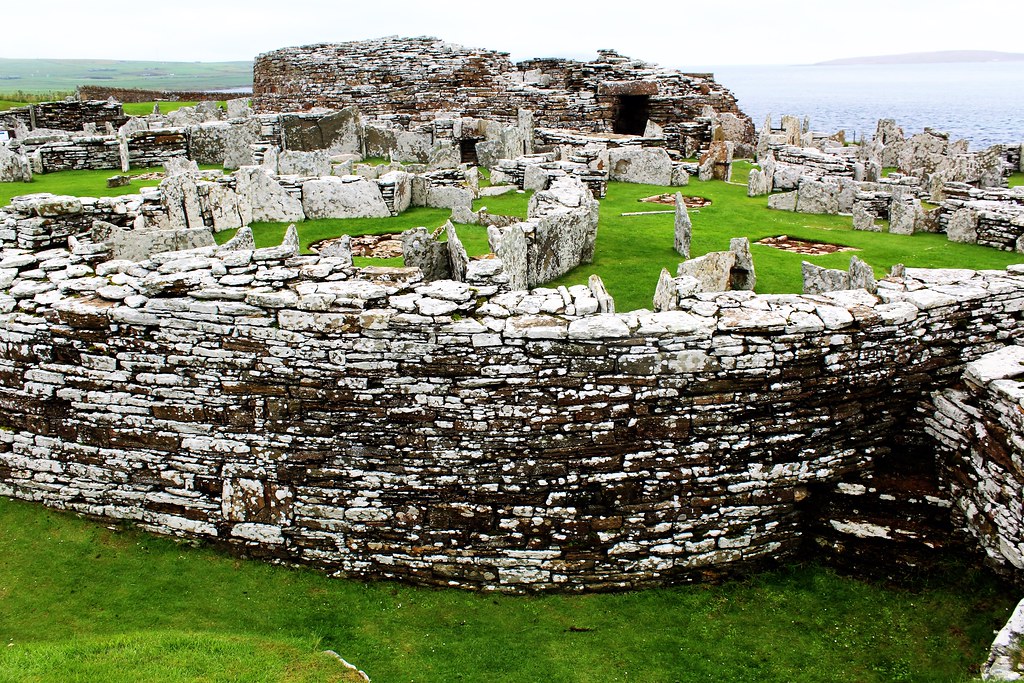