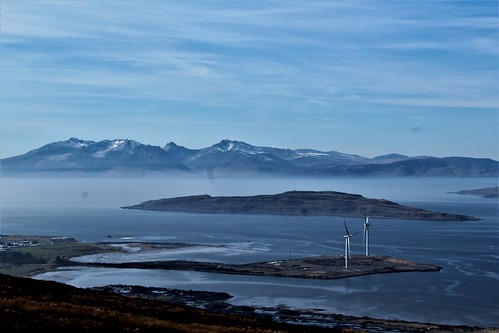 On Arran visitors can connect with history stretching back 5000 years, visit castles, participate in a wide range of activities, explore the unique geology, climb mountains, hike and visit nearby Holy Island.
The island is accessed via ferry from the port of Ardrossan, S.W of Glasgow. 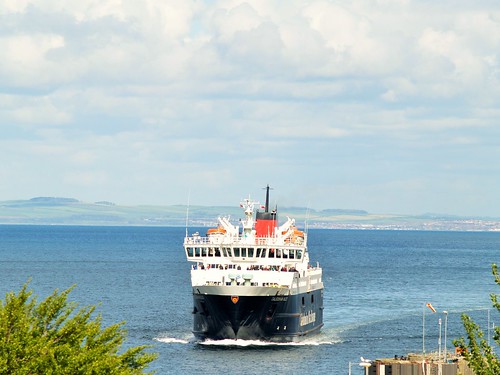 For the benefit of visitors a summary of the island’s key features is provided below.

Arran covers some 432 sq.km (163 sq.m) has a permanent population of some 5000 persons and is split into two parishes, Kilmory which covers the west and Kilbride which covers the east. The principal town (and ferry port) is Brodick. Other main towns and villages include: Lamlash, Whiting Bay, Kildonan, Blackwaterfoot, Machrie, Lochranza, Sannox and Corrie.

Arran should not be confused with the Irish island of Aran after which the famous knitwear is named. 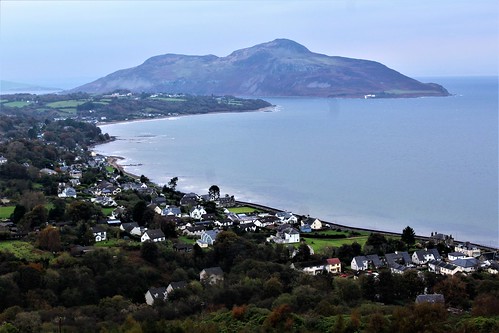 Origin of the name Arran is not certain but may derive from the island's kidney shape. The Gaelic term for kidney is airne. 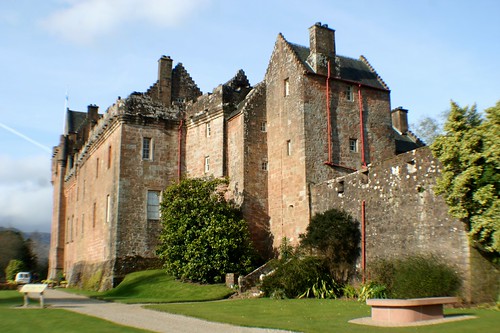 Lochranza Castle is a ruin located close to the northern tip of Arran. The first castle, a Hall House, on the site was probably constructed in the 13th century, possibly by the MacSweens. Over the succeeding centuries many changes of ownership- and structural changes- occurred culminating in control passing to the Hamiltons of Brodick Castle. 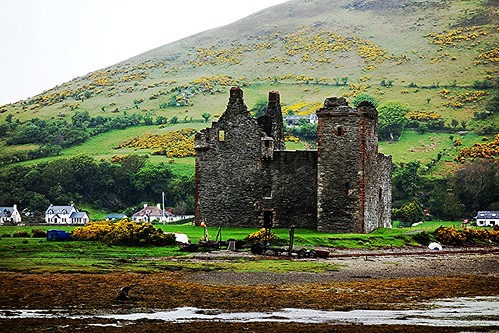 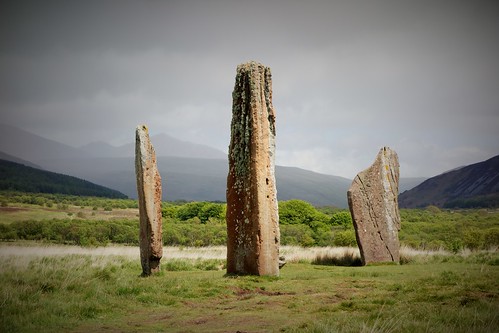 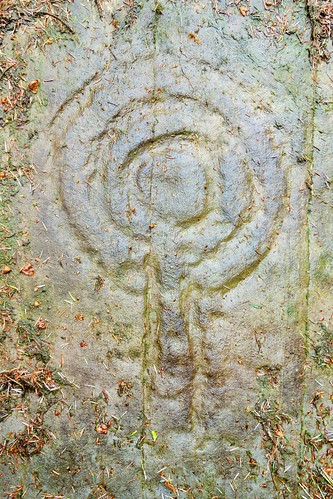 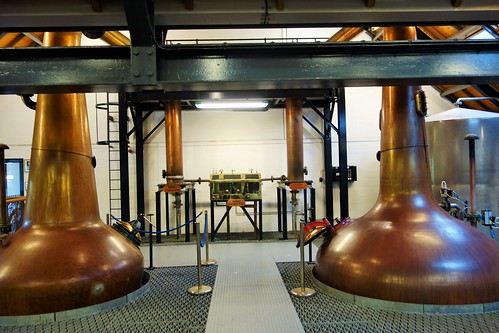 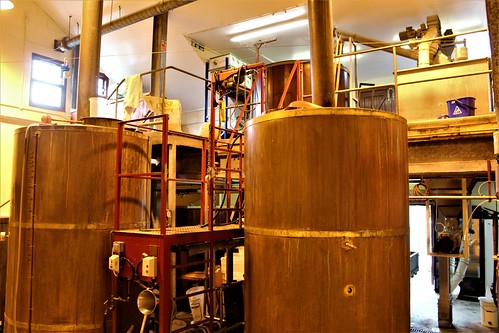 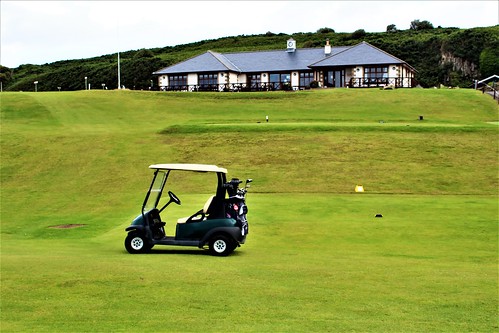 Goatfell. ( 'Fell' means hill or mountain in Old Norse reflecting the time when Arran was part of Norway.) 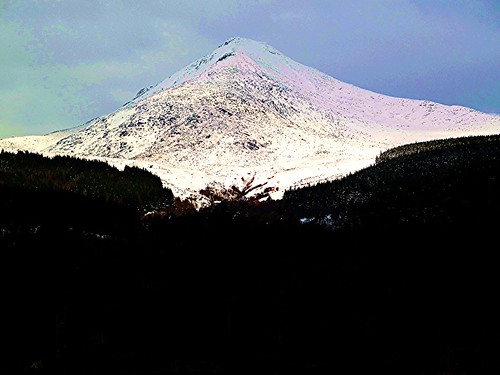 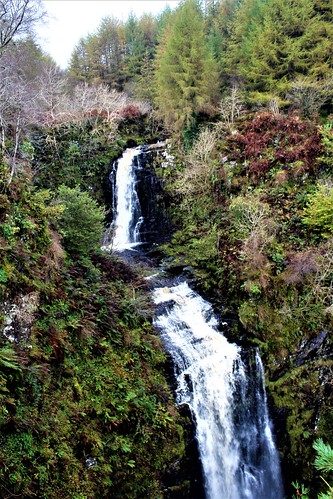 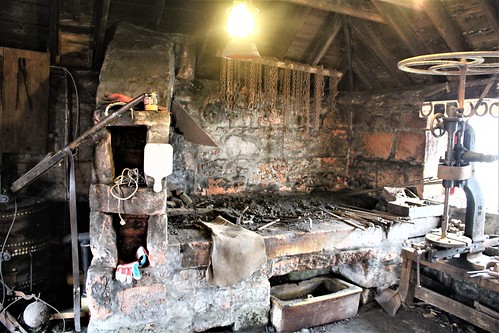 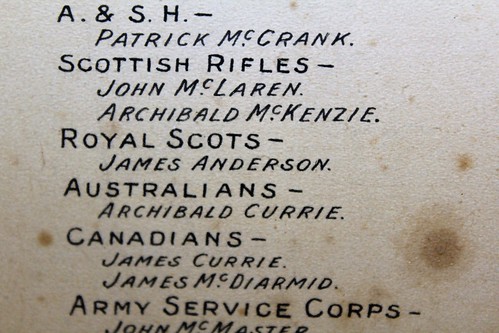 Arran’s variety of rocks and structures ranks the island as a world-class geological location. Dr. James Hutton, the ‘Father of Geology’ undertook fieldwork here in 1787 to support his Theory of the Earth which holds good today. On Arran, near Lochrenza, can be found Hutton’s Unconformity
(rocks of different periods meeting at a discordant angle). There are discrete geological walks focused on the following areas:
Geology students visiting Hutton's Unconformity. 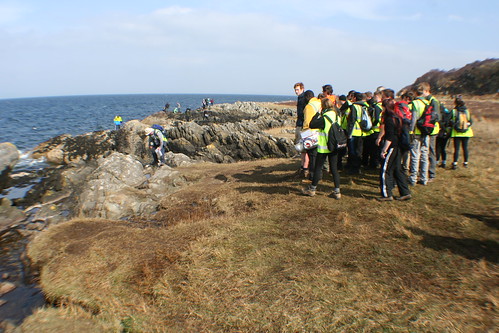 Opposite Lamlash off the east of Arran is the tiny, Holy Island. This island has a long history of spiritual occupation, from AD 700 when it was the home of St. Molias to the current period where it is owned and occupied by a community of Tibetan Buddhists. Visitors are allowed. 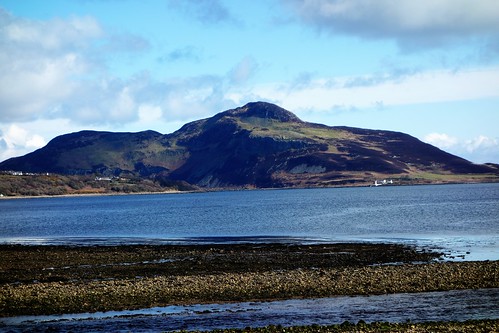