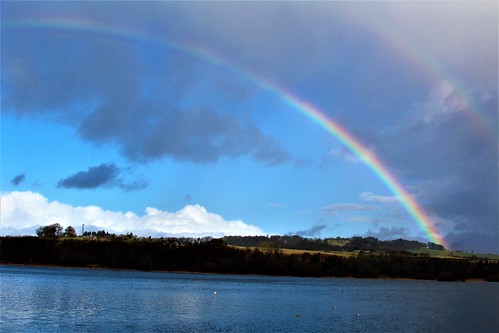 Today, I paid a visit to Linlithgow in the east of Scotland. This is a large town with population of 19000 persons which is located about 19 miles due west of Edinburgh.

Whilst weather today was mild for time of year there were frequent heavy rain showers interspersed with sunshine, conditions which gave rise to the rainbow over Linlithgow Loch (lake) as illustrated above.

The name is of Brittonic (Welsh) origin which was the default language of most of modern-day Scotland until the arrival of the Gaelic speaking Scots from the west around 1500 years ago. Linlithgow is probably derived from llyn llaith cau 'wet hollow lake'. The lake still exists as Linlithgow Loch on which banks stands Linlithgow Palace.

Linlithgow Palace although roofless, is substantially intact and has proved a popular visitor attraction with numbers increasing as a function of the Outlander series in which the Palace has featured.

The Palace was built and adapted from 1424 onwards and in its day ranked as one of the principal royal residences in Northern Europe. This was the birthplace of both King James V of Scotland and his more famous daughter, Mary, Queen of Scots. 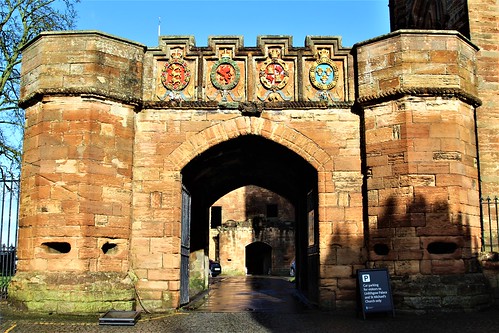 Linlithgow Palace viewed from the North 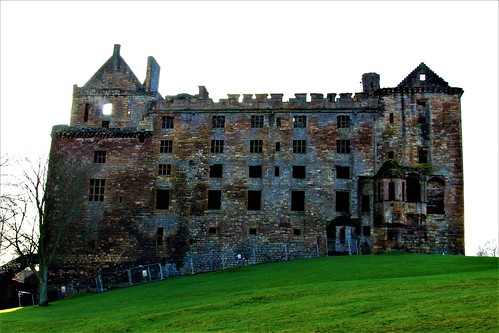 This is located in very close proximity to the Palace and is considered one of Scotland's finest parish churches. The building dates from 1425-1532 and was originally Catholic but is now Presbyterian.It is likely that Mary, Queen of Scots was baptized at this church. 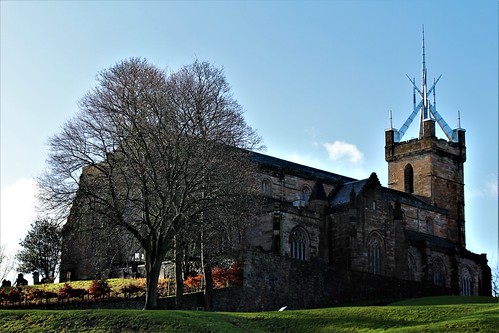 The present structure dates from 1807 but replaced an earlier version erected in 1628. Here can be found carvings of the town piper and drummer, an innkeeper, St Michael and others.The overall crown form topped by the unicorn underscores Linlithgow's long association with Scotland and it's royal past.

Image of the Cross Well behind which is the Burgh Hall 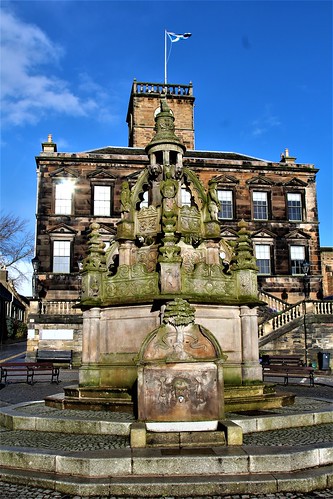 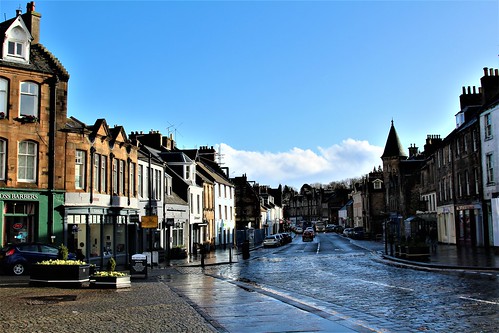