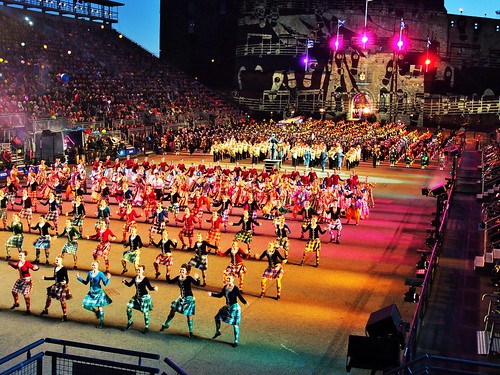 The Royal Edinburgh Military Tattoo is an extremely popular event which usually takes place during the first three weeks of August each year. Potential attendees should check the Tattoo website for details.Timing coincides with the peak tourist season an entails some overlap with another popular Edinburgh event, the Edinburgh Fringe.

The term ‘Tattoo’ is derived from ‘turn off the taps’ which was used when army camps in days past were vacated prior to action or a campaign,

The modern Tattoo comprises about 1 hr 45 minutes of colourful and well organised military bands, marching and various dancing and other displays by both military and non-military groups from Britain and elsewhere.

Because of the popularity and timing of the event, visitors who wish to attend are strongly recommended to purchase tickets as soon as they become available, usually by January of the year of the preferred performance. Details and prices can be found on the Tattoo event's website.


The seating is temporary but reasonably comfortable. However, the  majority of spectators are without a roof or protection from the elements.Umbrellas are not permitted.

A selection of images from past performances are provided below. 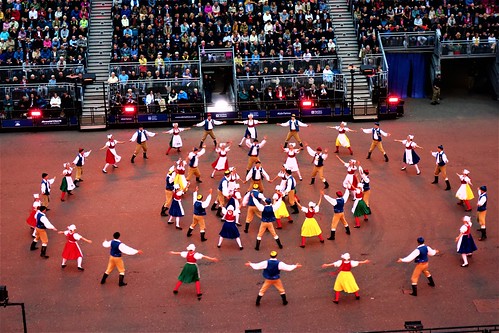 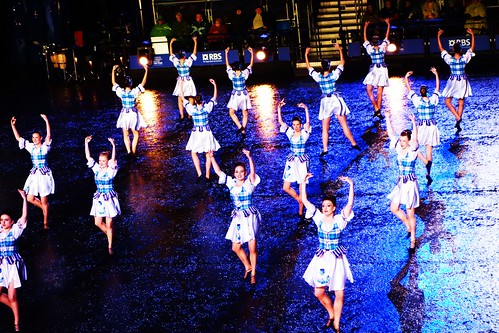 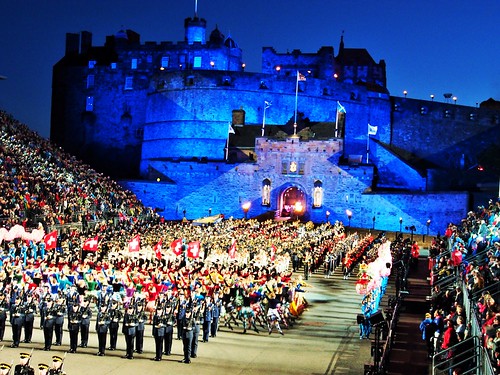 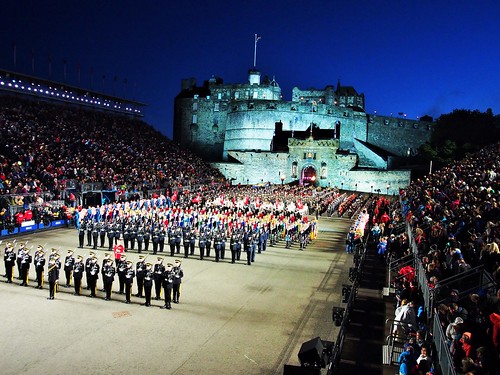