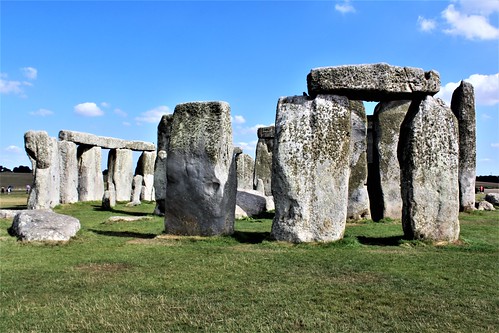 This evening, I am posting information on the Stonehenge site in England.

The basic Stonehenge structure visible today dates from around 2500 BC but was not the result of a single, one-off project. The structure on the site evolved over a long period of time. In fact, analysis of post holes located underneath the current car park (parking lot) indicate human occupation dating back to about 8000 BC. 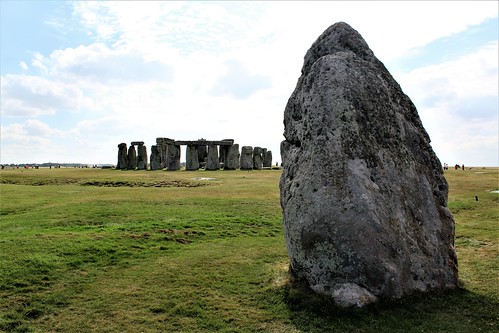 Here is an approximate chronological progression:

♦Phase 1, 3200 BC: A spacious earthen ring with a central timber setting and an outlying stone. Such earthen rings are known as ‘henges’.
♦Phase 2, 2200 BC: Two unfinished circles of Welsh bluestones replaced the posts and an earthen avenue was laid out.
♦Phase 3, 2000 BC: The two circles were removed and replaced by the lintelled sarsen ring and internal horseshoe of five trilithons.
♦Phase 4, 1600 BC: The bluestones were returned. Outlines of a bronze dagger, axes and stylised images were carved at cardinal points on the stones. 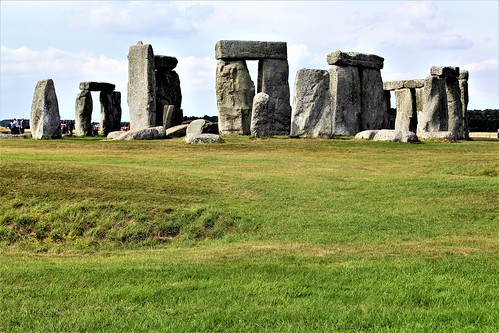 Clearly, over a very long period of time, the Stonehenge site was deemed very special and treated with reverence and activity. Over the years people have speculated on the purpose of the structure with suggestions including: a druid temple, fertility rights, a primitive astronomical computer and sun worship. A large number of cremation burials have been found on the site.  Latest thinking is that Stonehenge, like similar structures, represents a transition from this world into the next and a representation of how the other world creates life in a never-ending circle. In the latter theory, the stones not only represent the dead but physically are the dead. Alignment of Stonehenge to the summer and winter solstices is evident, a feature which may have been important to the builders and users of Stonehenge. 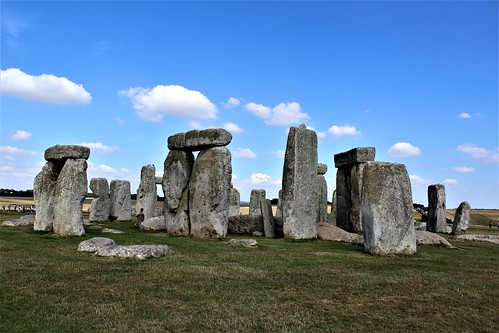 →Bluestones: It is believed there were originally eighty bluestones used in the structure of which forty-three remain. These are synonymous with Stonehenge but there  are competing theories as to their source, viz:
→Technology: It is evident the builders of Stonehenge were adept in woodworking and transported those skills to stone working. For example, classic mortise and tenon joints were used to connect the lintels with supporting sarsens. To place both uprights and lintels in position with the primitive technology of the day represented a stunning achievement. Some sort of earthen ramps may have been employed.

→Sarsens:  Around 2000 BC some thirty, 20-50 ton blocks of sandstone were transported approximately 18 miles from a source in the Marlborough Downs. Another heroic effort for this period of history.

→Aubrey Holes: Around 2400 BC fifty-six pits were dug along the inner edge of the henge and then filled in. Subsequently, they were re-dug to receive human cremations. 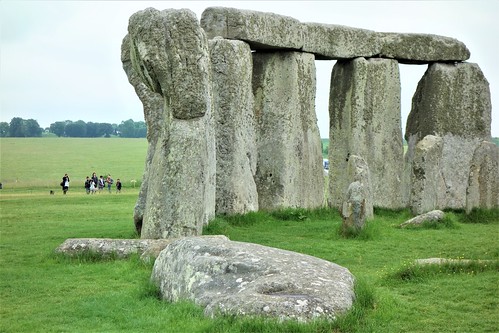