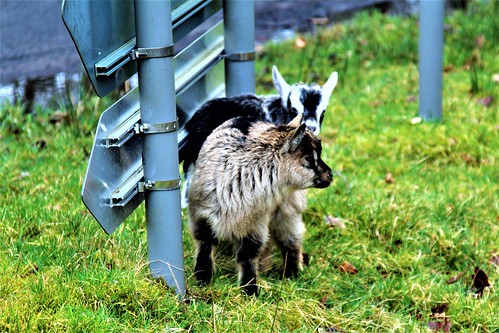 (Above image is a capture of two feral goat kids in the Trossachs region.)

The Trossachs region encompasses a large and scenic geographic area between the Highlands and Lowlands of Scotland within which can be found many lochs (lakes), forests, wildlife and mountains. Access is relatively easy from Glasgow and the West of Scotland. 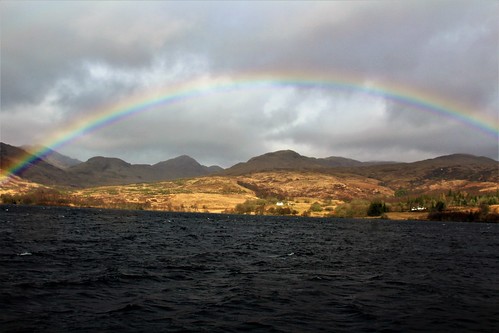 The name is derived from the Gaelic na Trossaichean which is a small range of hillocks between Loch Katrine and Loch Achray. The area now includes the Loch Lomond and Trossachs National Park which extends to 1,865 sq km (720 sq miles). The Park and wider region is ideal for outdoor activities and sightseeing. This was the home of 18th century Scottish legend Rob Roy. 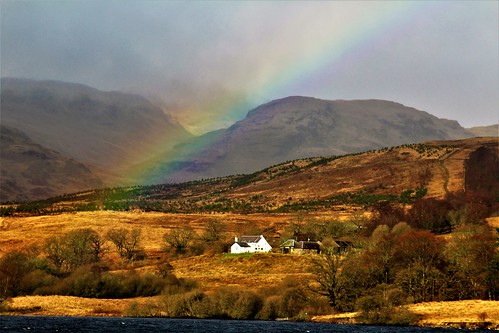 Activities and sightseeing include :
Today, we availed of a one hour boat trip on Loch Katrine. This is an eight mile long lake which is also Glasgow's principal water supply. We were on the outer fringes of Storm Freya which affected parts of mainland Britain. There was a noticeable wind chill on the Loch but the key benefit of the stormy conditions was an abundance of rainbows which provided a colourful dimension to the local landscape.

Loch Katrine is about 33 miles north of Glasgow. 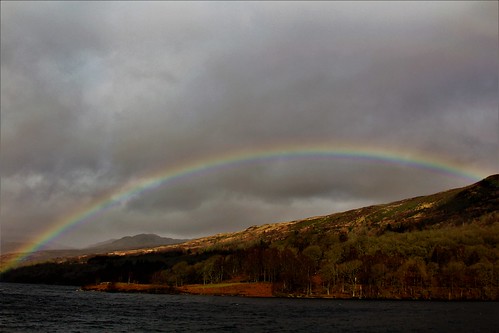 Ben Venue (mountain) on western side of Loch Katrine. 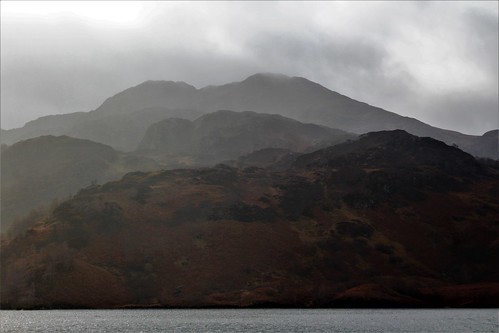 Tour boats framed by a rainbow 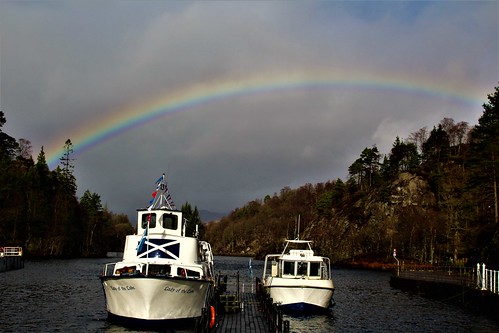 On leaving the Loch we had a chance encounter with a small herd of feral goats which included some kids. 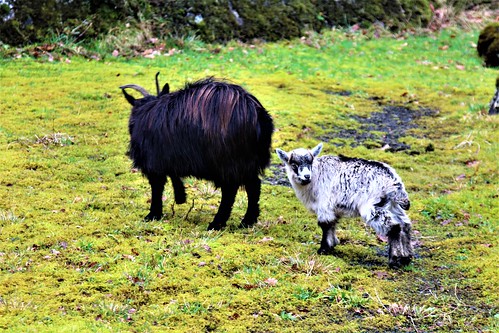 Later we went on to Rob Roy MacGregor's burial site at Balquhidder on which subject I will post more information tomorrow. 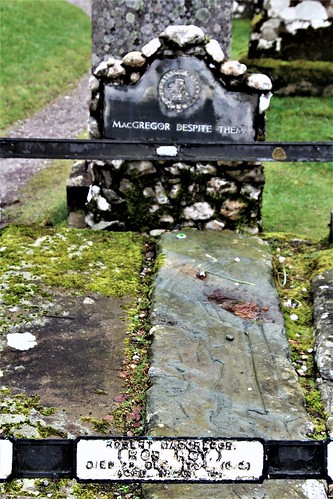