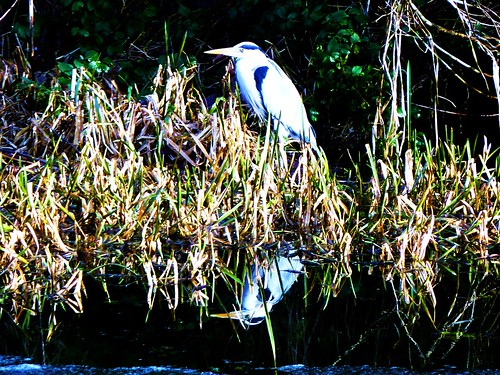 (Above image is a capture of a Heron on bank of the Forth & Clyde Canal.)

Scotland is well endowed with bird life and is home to over 500 species ranging from tiny wrens to giant eagles.

In common with the rest of the U.K. the dominant wild bird organisation is the Royal Society for the Protection of Birds ("RSPB") which is a charitable organisation run on not-for-profit lines and benefits from more than one million members.

In Scotland, the RSPB operates seventy seven nature reserves although there are other, similar bodies, such as the Scottish Wildlife Trust.

For the visitor to Scotland with an eye on bird life the following are deserving of consideration:
Puffins on Isle of May 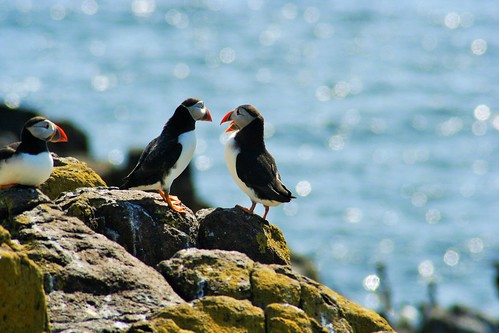 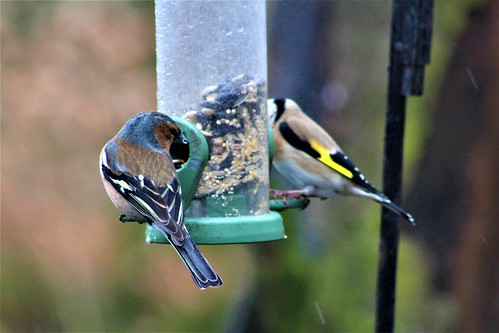 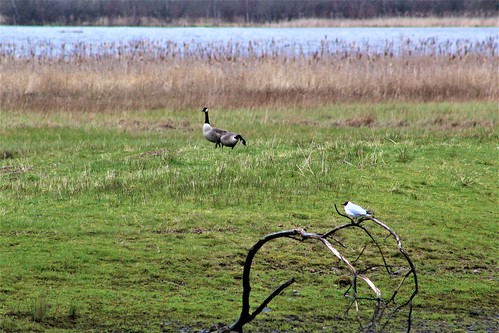 Buzzard on roadside, Isle of Skye. 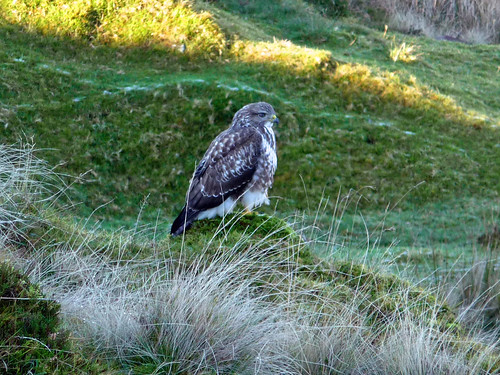 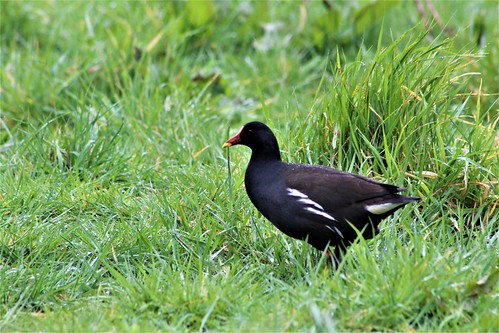 Pheasants can be encountered in rural areas. 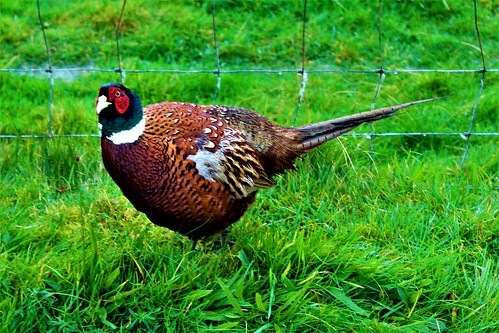 Osprey at Loch of the Lowes