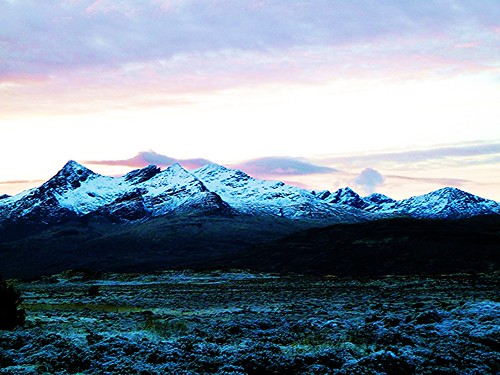 ( Image above is a capture of the Cuillins in winter.)


The Isle of Skye ("Skye") lies off the west coast of Scotland and forms part of the Inner Hebrides island chain.

Skye displays an incredibly wide range of rocks comprising :
The oldest rocks on Skye are also some of the oldest in Europe dating back 2.8bn years. These can be found in a strip forming part of the Sleat Peninsula in the south of which Armadale forms part.

Rock formations at Point of Sleat 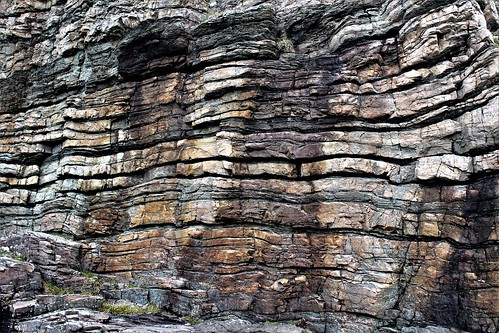 The Cuillin of Skye is a spectacular mountain range located in the southern central section of the island, just north of Broadford. The Cuillins comprise the Black Cuillin to the south and Red Cuillin to the north. The former are comprised of gabbro and the latter granite. Both comprise the solidified remains of the magma chambers of a volcano from about 60m years ago of which the higher parts have been eroded to leave details of the ‘roots’. 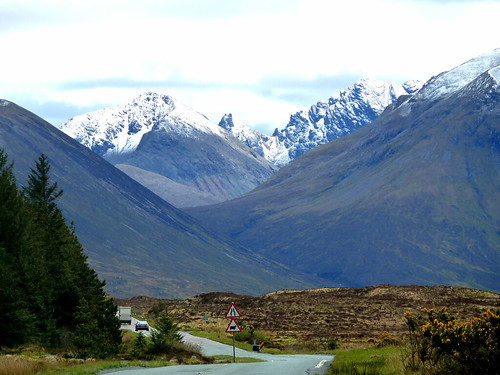 The north and west of Skye mainly comprises a stepped landscape formed by horizontal lava flows from the Tertiary Age, about 60 m years ago. Here can be found flat-topped hills known as MacLeod’s Tables

In the Trotternish area of northern Skye can be found spectacular landslides formed when thick basalt lavas from the Tertiary age flowed on to weaker sedimentary rocks from the Jurassic era causing the latter to give way. This landscape includes the Quiraing, Table, Needle, Prison, Dun Dubh and the Old Man of Storr. 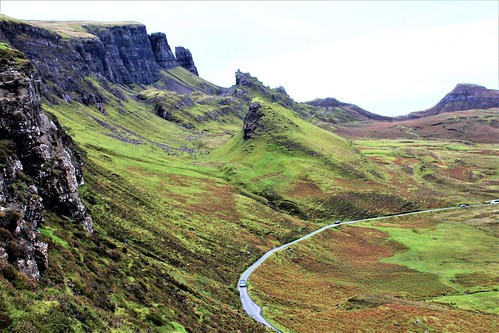 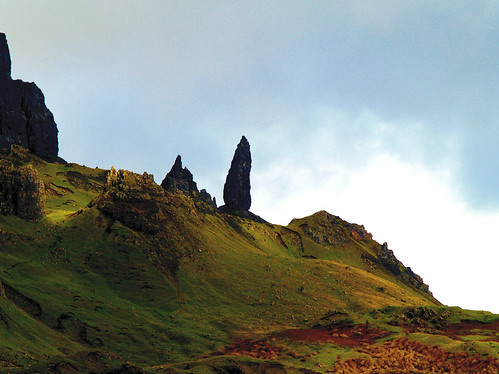 Also in Trotternish can be found Kilt Rock where Tertiary age magma has forced its way sideways between layers of sedimentary rock forming extensive sills with well developed columns. 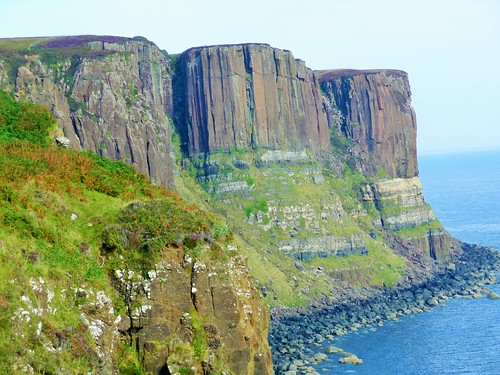