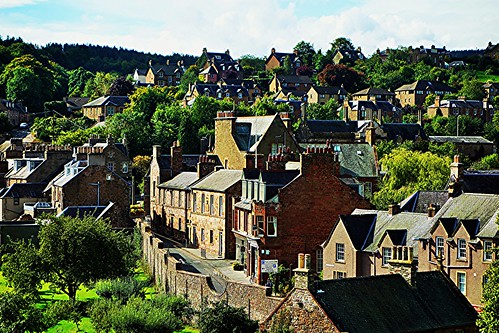 (Above image is a capture of Melrose from atop the tower at Melrose Abbey.)


Melrose is an attractive, historic, small town located in the heart of the Scottish Borders region. The town is located about 39 miles directly south of Edinburgh and 63 miles north of Carlisle (which is on the English side of the border) and as such offers a good base for touring the Borders region.

The population of Melrose is about 1600 persons and the name is derived from the Brittonic (Welsh) term for ‘bare moor’.

Places to visit in and around Melrose:

Melrose Abbey.
This is a romantic ruin located in the town centre. 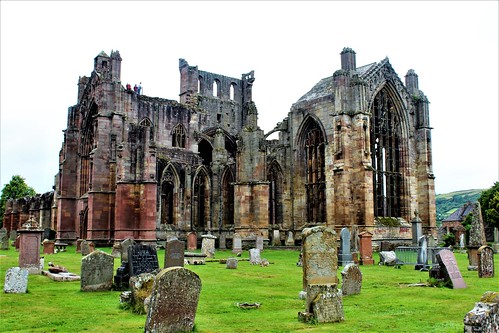 Located at Newstead, about one mile east of Melrose. Allied to this is the Three Hills Roman Heritage Centre in Melrose.
Harmony House and Garden

A heritage centre adjacent to the Abbey in the centre of Melrose and operated by The National Trust for Scotland.

A mansion and visitor attraction being the former home of famous Scottish romantic novelist and poet, Sir Walter Scott. This site is about 3 miles west of Melrose. 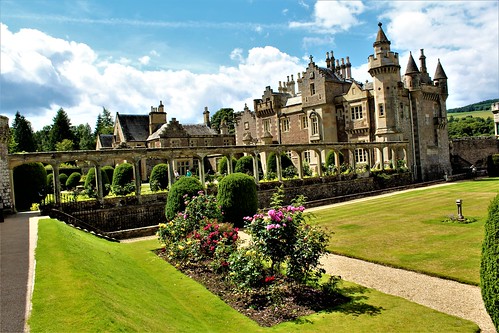 In addition to the abbey at Melrose, the other abbeys are at Dryburgh (about 7 miles S.E.), Kelso, about 15 miles east) and Jedburgh ( about 13 miles south). 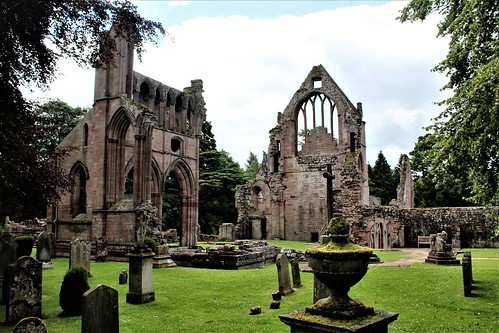 A famous scenic viewpoint favoured by Sir Walter Scott on the B6356 about 2 miles from Melrose, on the way to Dryburgh Abbey. 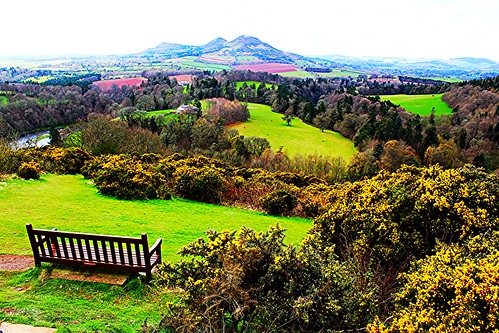 Home of the 10th Duke and Duchess of Roxburghe and reputedly the largest inhabited castle in Scotland. The interior boasts spectacular state rooms whilst outside are extensive gardens and parkland. 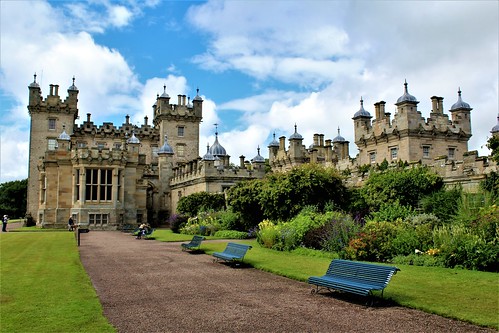 Langholm and the Border Reivers Trail

About 42 miles south of Melrose. Hermitage Castle is a popular attraction in this region. 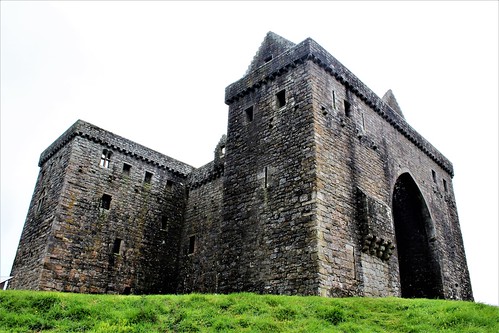 This World Heritage Site is actually just over the border in England. Corbridge and other sites associated with the Wall are about 65 miles south of Melrose. 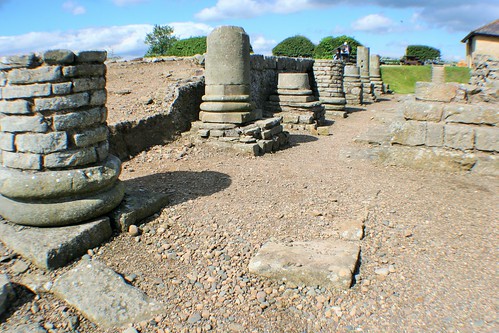 Melrose and environs is well endowed with a wide range of accommodation plus restaurants. Booking ahead in the peak summer months is recommended.