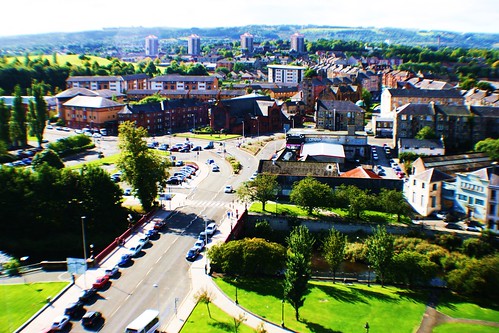 (Above image is an aerial view of Paisley taken from atop of Paisley Abbey.)

Reverend John Witherspoon (1723-1794) : A Paisley church minister who was descended from John Knox and who moved to America. He was the only clergyman to sign the American Declaration of Independence and is ancestor of actress, Reese Witherspoon. 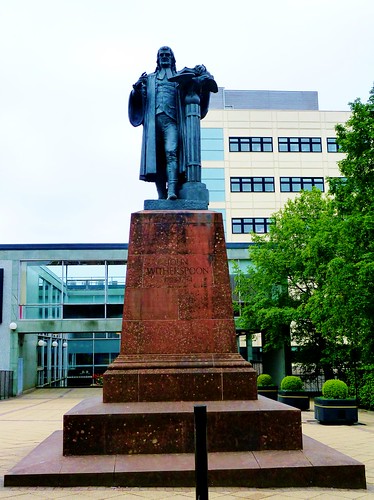 Alexander Gardner (1821-1882): A photographer who emigrated to America and photographed the Civil War and building of the Union Pacific Railroad.

Places to See and Visit

Paisley Abbey: Located in centre of the town. Founded 1163 as a monastery which subsequently became an Abbey answerable to Rome in 1245. Burnt by the English in 1307 but subsequently restored. Partly collapsed about 1553 and was not fully restored and rededicated until 1928. It is possible that William Wallace (aka 'Braveheart') was educated at the Abbey. 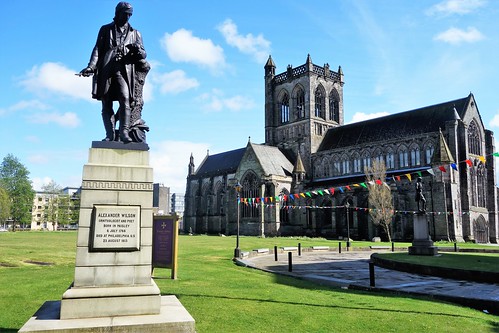 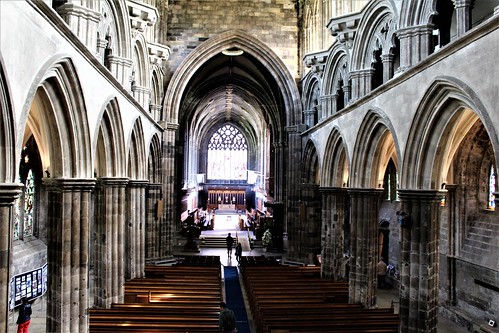 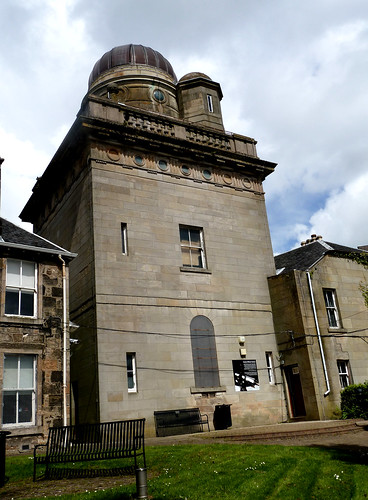 Paisley Museum, Art Galleries & Library: A wealth of knowledge and information located on the High Street. 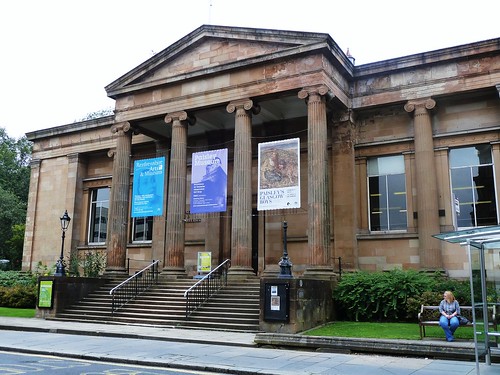 Thomas Coats Memorial Church: Located on the High Street. Sometimes called the ‘Baptist Cathedral of Europe’ . Stunning interior on which no expense was spared. 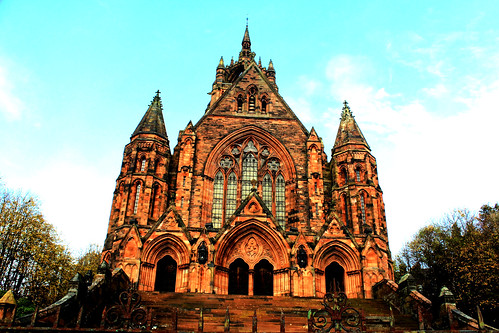 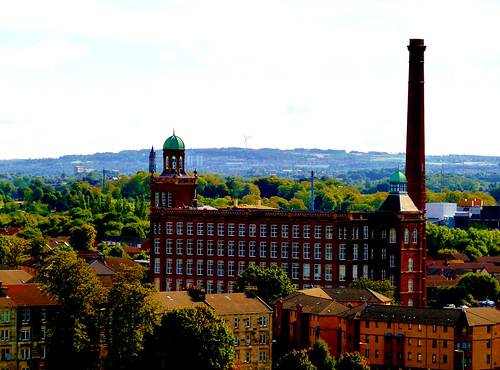 Most of the above can be visited via a gentle walking tour of the town.

Paisley is about 11 miles west of Glasgow in S.W. Scotland. The town is also the home of Glasgow International Airport.