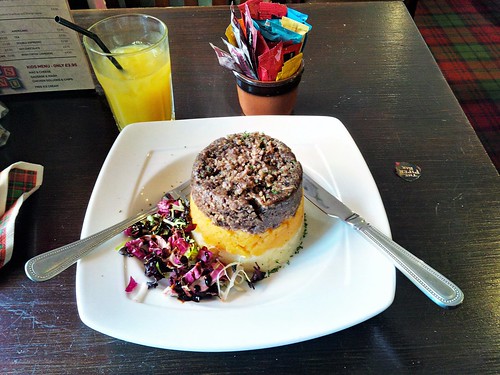 (Above image is a capture of a serving of haggis, neeps and tatties.)

Here is a listing of some traditional Scottish foods which visitors may encounter:

Typical contents:  Beef suet, oatmeal, onion, blood, salt and pepper. Usually encountered in context of a cooked breakfast. (Stornoway is a town on Lewis in the Outer Hebrides.) 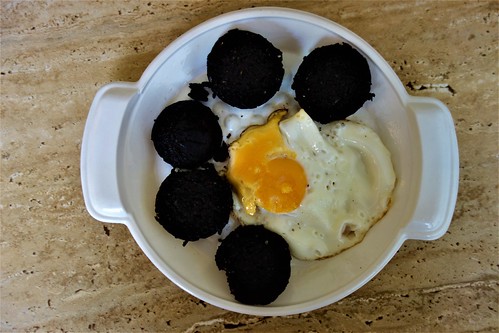 Made from haddock, a white-fleshed salt water fish similar to cod.The flesh is smoked over hardwood in and around the east coast fishing town of Arbroath. Usually encountered at breakfast. 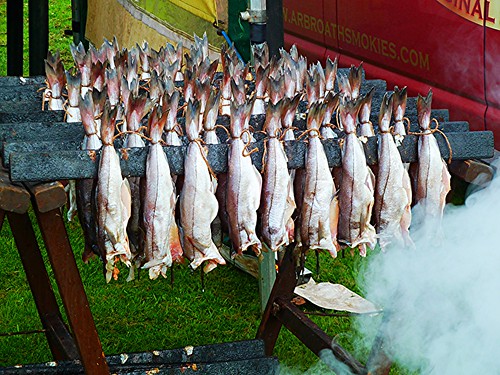 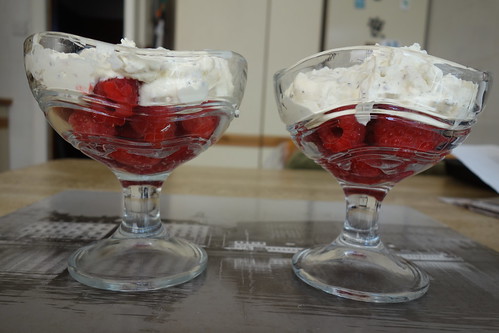 This is a savoury pudding comprised of the minced heart, lungs and liver of a sheep together with onion, oatmeal, suet, spices and salt mixed with stock. Traditionally, the mixture is cooked whilst encased in the animal's stomach but artificial casing is now commonplace. Vegetarian options can be found.

Haggis is often served with 'neeps' and 'tatties' which are turnip and potato respectively.

The Haggis forms the heart of the traditional Burns Night celebration on January 25th.each year. 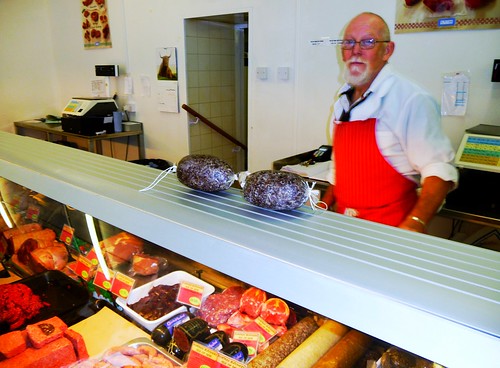 This is a thick soup originating from the town of Cullen on Scotland's northeast coast. The dish comprises smoked haddock (a white-fleshed salt water fish) potatoes and onions. 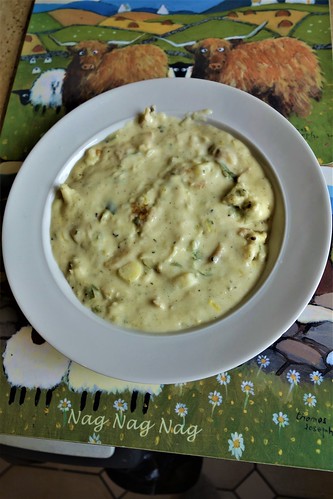 Popular in Scotland but not exclusive to the country.

This is a dessert consisting of  moist sponge cake covered in toffee sauce and sometimes served with custard or ice cream. 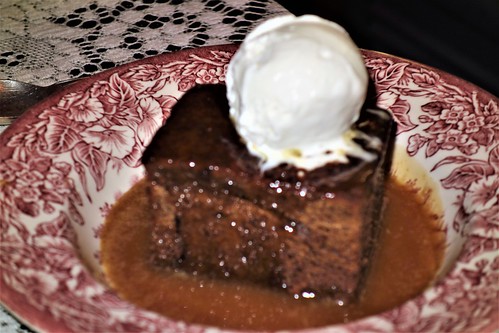 Commonly eaten at breakfast. Usually made by boiling ground, crushed or chopped oats in water or milk. Traditionally served with salt but honey or other sweeteners are also used. 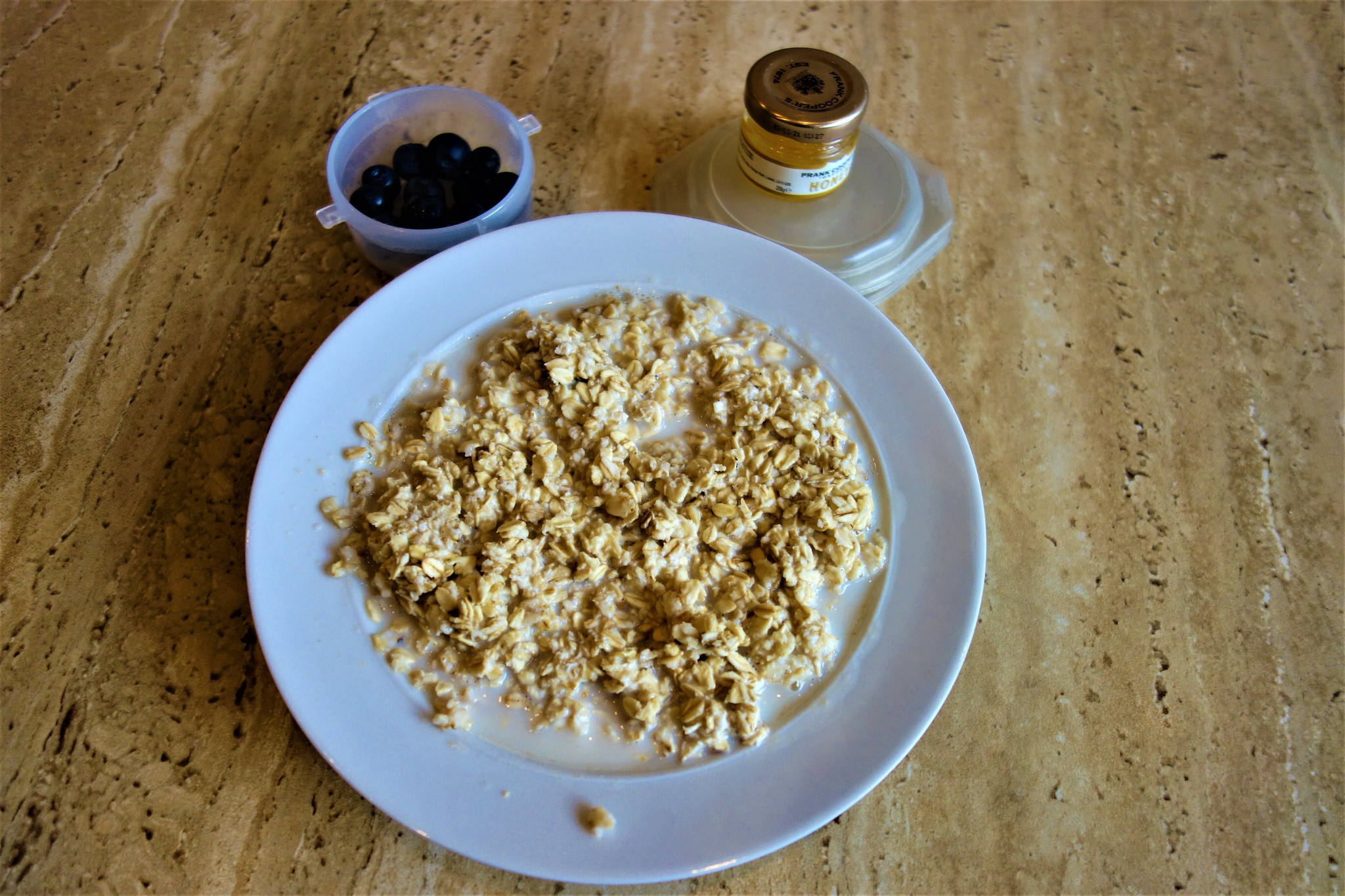 A dessert made with flour, breadcrumbs, dried fruit ( e.g. sultanas or currants), suet, sugar and spice with milk used as a binding agent. A light treacle may be added.

The 'clootie' is a piece of cloth used to encase the dumpling. 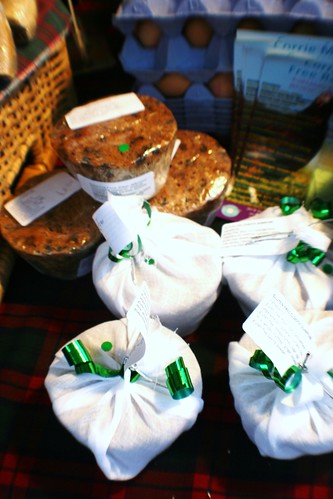 This breakfast dish is also known as the Square Sausage and made from minced meat, rusk and spices 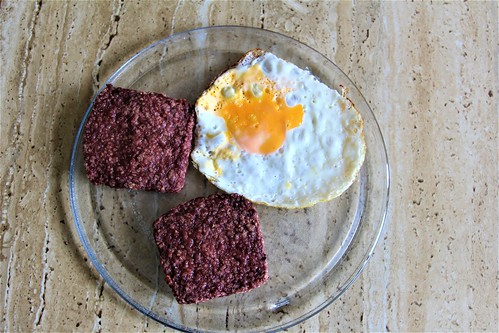 
This is a thick soup which originated in Scotland but is now available worldwide. Usually made from barley, lamb, mutton or beef, root vegetables and dried pulses (e.g. beans, lentils and peas).

A sweet confectionery product similar to fudge. Usually made from sugar, condensed milk and butter. Can be flavoured with vanilla or whisky. 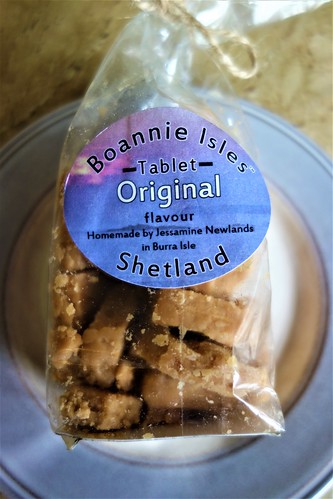