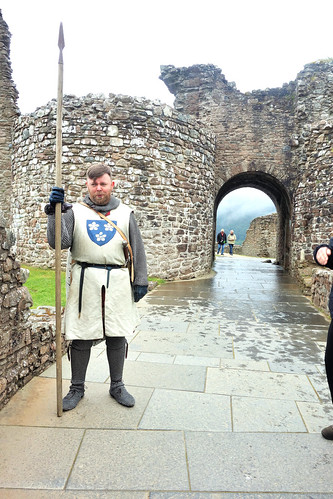 
Castle Urquhart is located in the Scottish Highlands near Inverness on the western bank of Loch Ness.

This site attracts high volumes of tourist visitors as it provides an excellent platform for viewing Loch Ness and its elusive monster.This is a quality site with much to offer including a short, introductory film, refreshment facilities, gift shop and stunning views over the Loch. 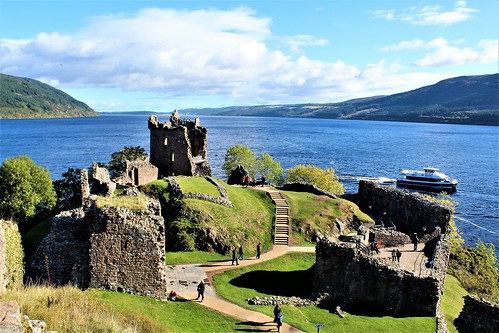 There has been a fortification on the site for about 1500 years, dating back to Pictish times. Like the vast majority of surviving stone castles in the British Isles, Urquhart has its genesis in the 13th century. Initially under control of Alan Durward the castle was extended by the powerful Comyns after 1275. Subsequent milestones:
Trebuchet 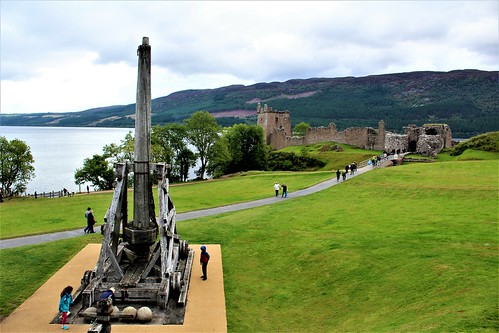 The facilities of this once great castle were extensive and included:
The Grant Tower below attracts many visitors who climb the narrow stairs to the top to benefit from the stunning views over the loch. 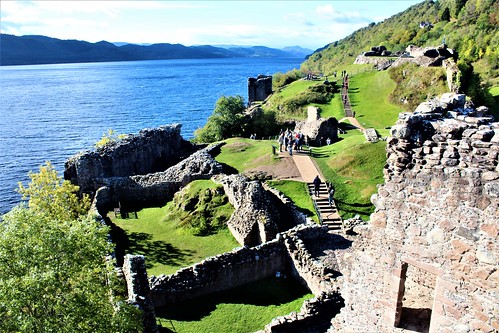