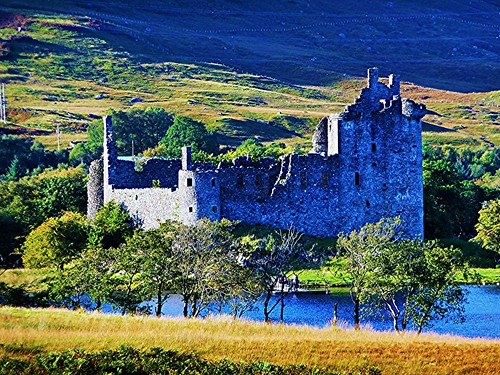 Kilchurn Castle is a romantic ruin situated at the northern end of Loch Awe in Argyll, West of Scotland. Location is about 16 miles directly north of Inveraray.

The name translates as 'straits of the cairn' (on Loch Awe).

The castle is managed by government agency, Historic Environment Scotland and is open between April 1st and September 30th. Access is from the Dalmally roadside (A85) under the nearby railway viaduct. To reach the site entails waking over agricultural land which can be subject to flooding.

For persons wishing to avoid the cross-country trek there is an unofficial vantage point on A819 highway. A long lens or binoculars would be helpful. Care is required here due to volume of traffic.

Diligent and patient photographers can obtain excellent results here by timing visit to coincide with sunset, sunrise and/or suitable weather conditions such as snow and rainbows. 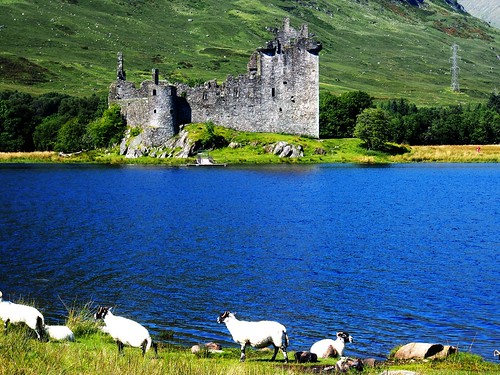 A brief history of Kilchurn Castle: