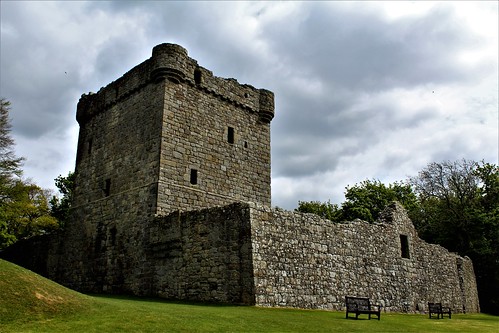 This evening, I am reporting on Lochleven Castle, near Kinross in Perthshire, Central Scotland.

Loch Leven is about thirty miles (one hour) north of Edinburgh.

This castle is located on an island in Loch Leven and hence to access the site entails a boat trip, of about 10 minutes. The boat trip itself is of great interest as the Loch (lake) is a freshwater nature reserve and home to a large of number of waterfowl including swans, geese,ducks and herons. At peak of the autumn migration season the bird population can exceed 35,000. 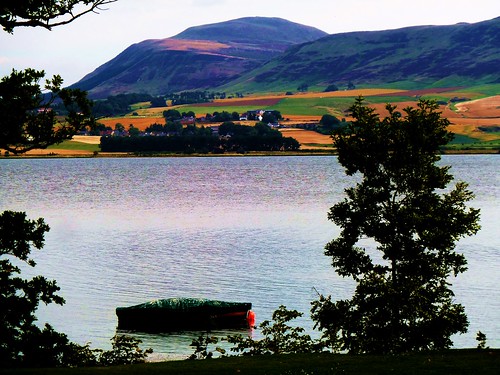 The castle dates from around 1257 and comprises: 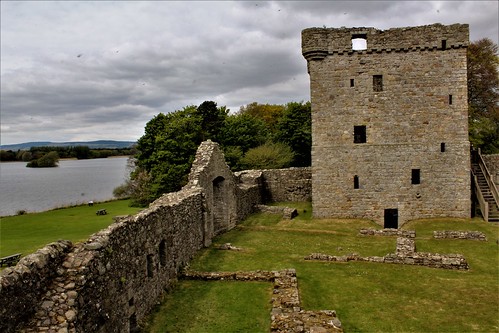 Lochleven Castle was visited by many distinguished Scots including King Robert I (Bruce), King David II and Robert Stewart prior to becoming King Robert II, founder of the Stewart dynasty.
However, the Castle will be forever associated with Mary, Queen of Scots who visited the castle in 1561, 1563 and 1565. Unfortunately, events turned and in June 1567 she returned to the castle as a prisoner following defeat at the Battle of Carberry Hill. Mary spent almost one year at the Castle before escaping in May 1568. During this latter period she suffered a miscarriage and was forced to abdicate. Within a short time of her escape Mary raised an army which suffered a defeat at the Battle of Langside near Glasgow following which Mary fled to exile in England, a move which ultimately resulted in her execution.

From the late 16th century onwards the castle fell into disrepair and underwent changes of ownership until finally taken into Government care in 1939.

Today, the site is managed by Historic Environment Scotland and open to the public from late March through to end of October.
Lochleven Castle