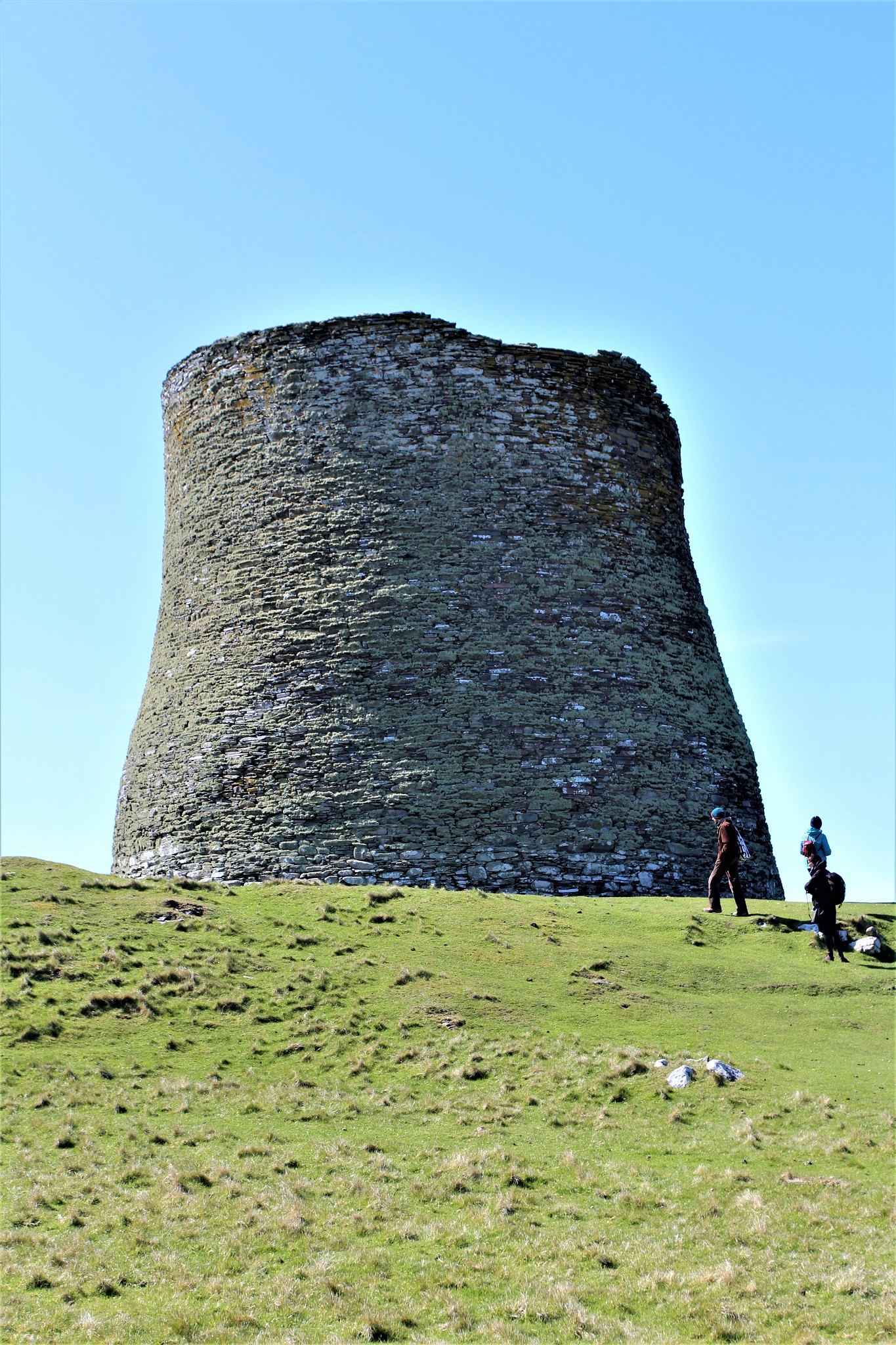 This evening, I am posting information on the uninhabited island of Mousa which lies off the east coast of Mainland Shetland (itself an island).

The name translates as 'moor island'. In Britain a moor is usually a desolate, relatively flat piece of land which is wild and not suitable for agriculture.

Mousa is an official RSPB (bird) reserve but arguably the key attraction is the 2000 year old (approx.)  Iron Age broch, the only virtually complete such structure remaining out of about 500 which have been identified around Scotland. For more information on Scottish brochs refer this blog post.

The Mousa Boat is a private ferry which operates to a pre-set schedule from the pier at Sandsayre, Sandwick.

Visitors usually spend about 2 hours 30 mins on Mousa during which time it is possible to circumnavigate the island on foot.

Subject to seasonal conditions the following may be seen:
Primroses 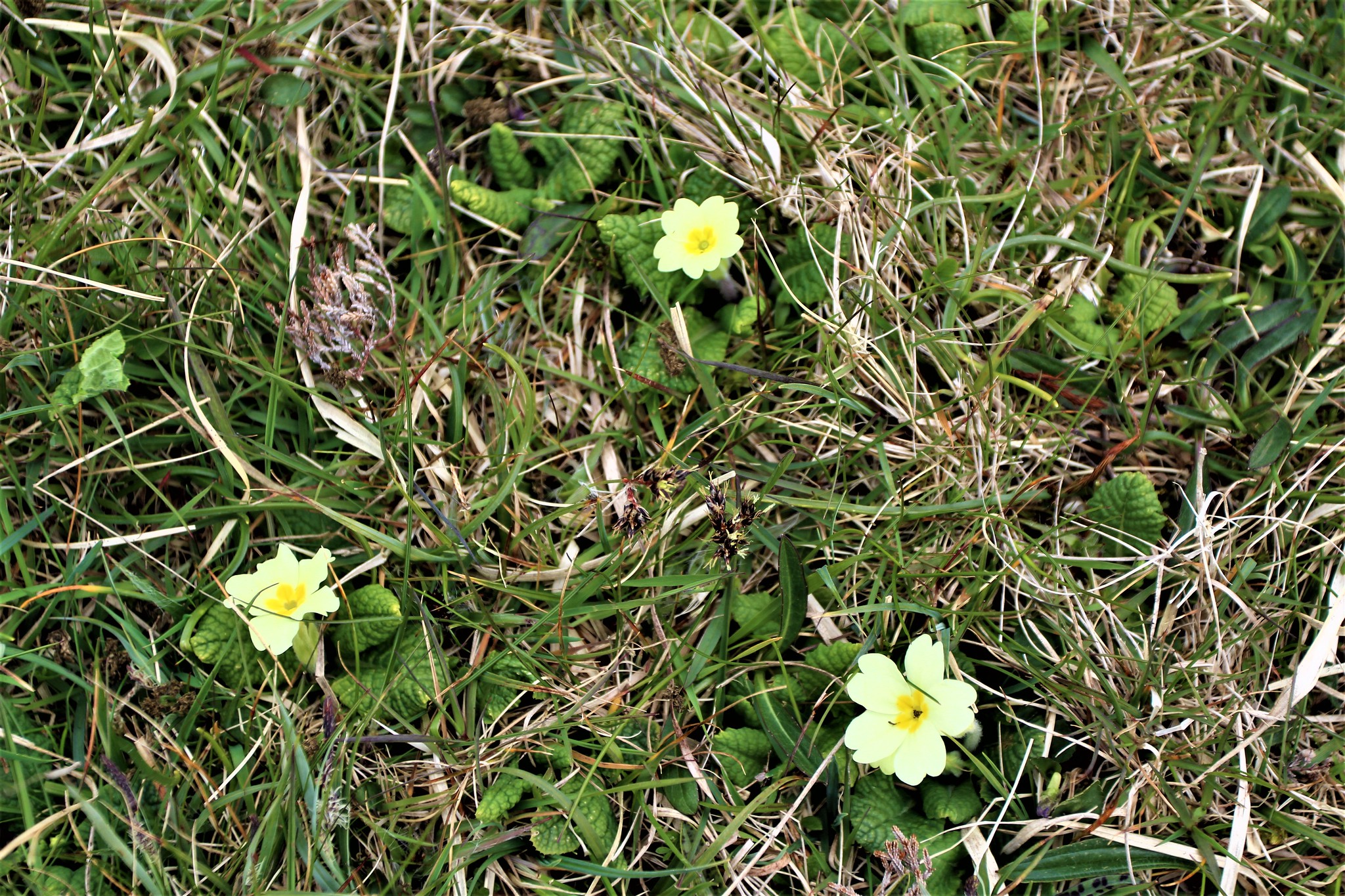 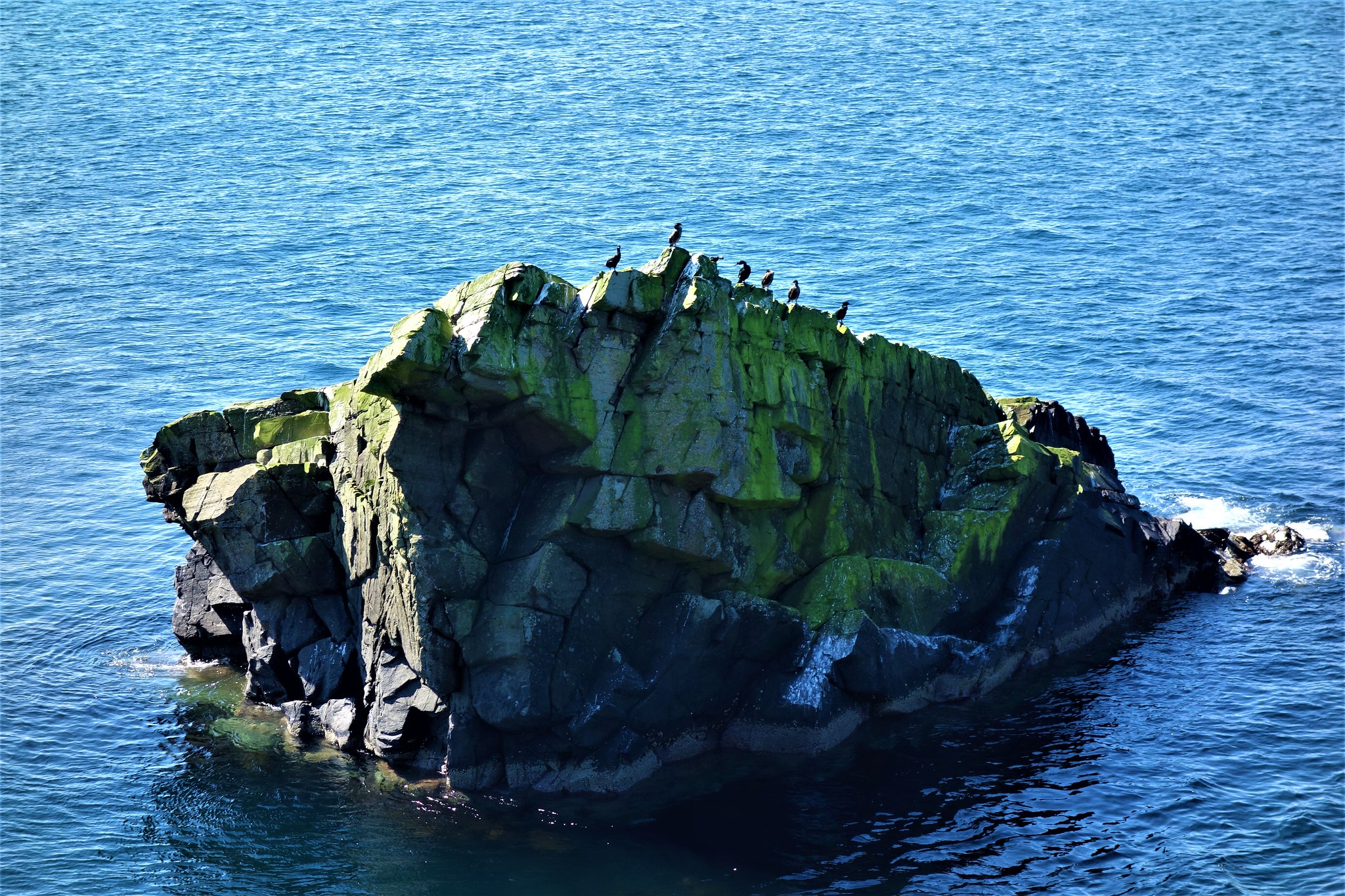 This is the best preserved tower in existence. It is still possible for visitors to climb the ancient internal spiral staircase and admire the view from the top which is 44 feet above ground level. Hundreds of storm petrels (tiny seabirds) have made their home in the structure. 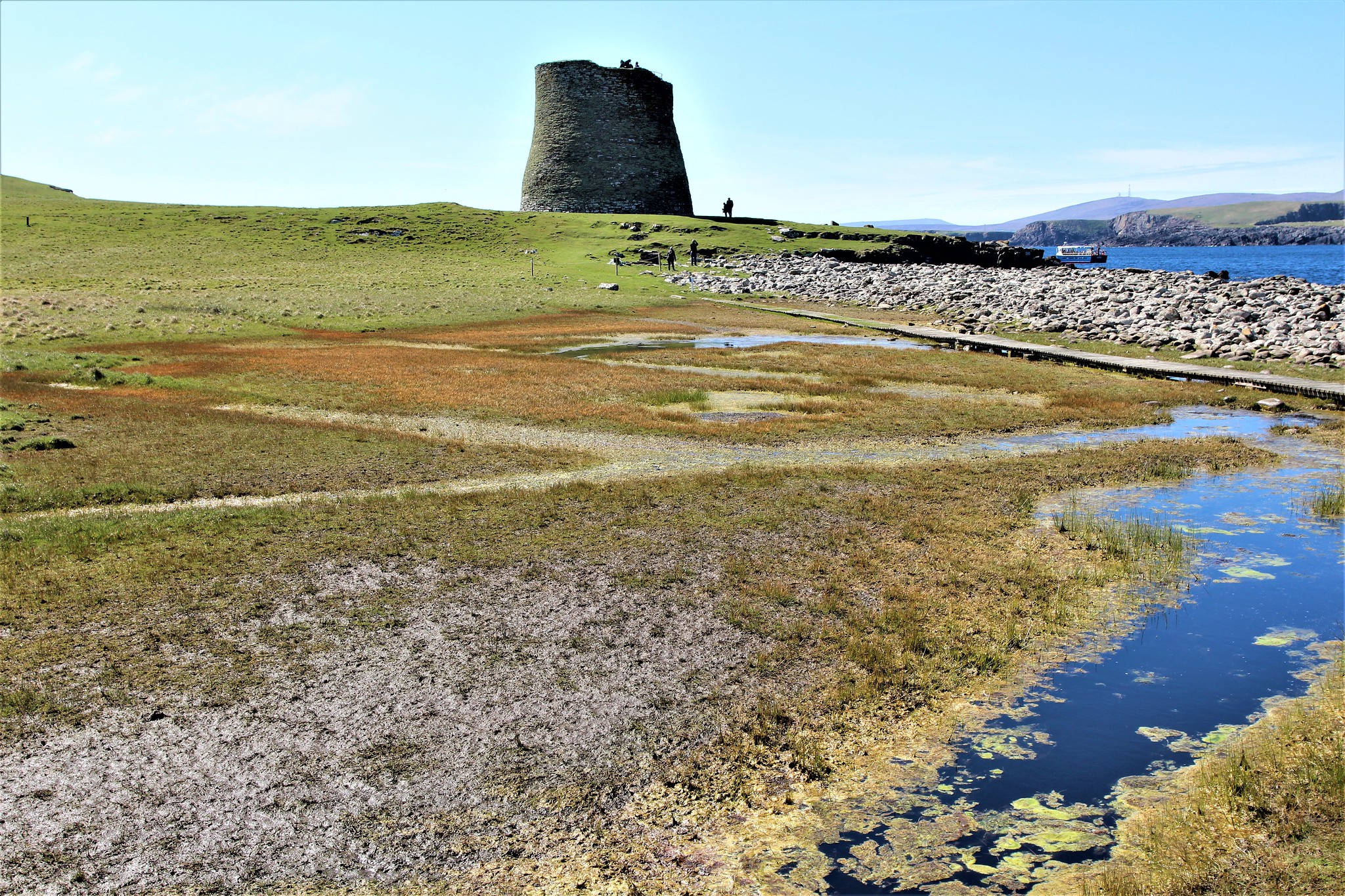 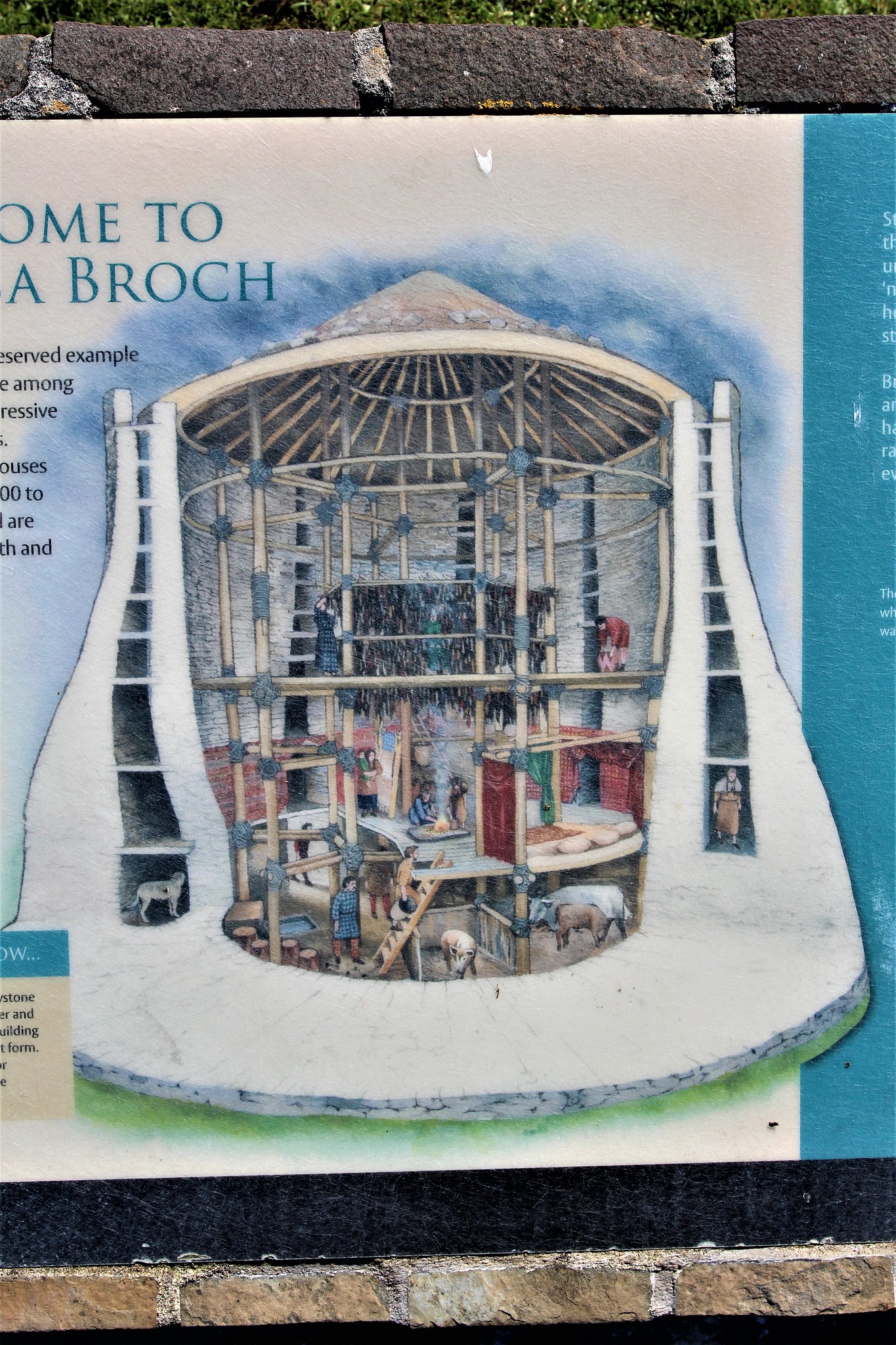 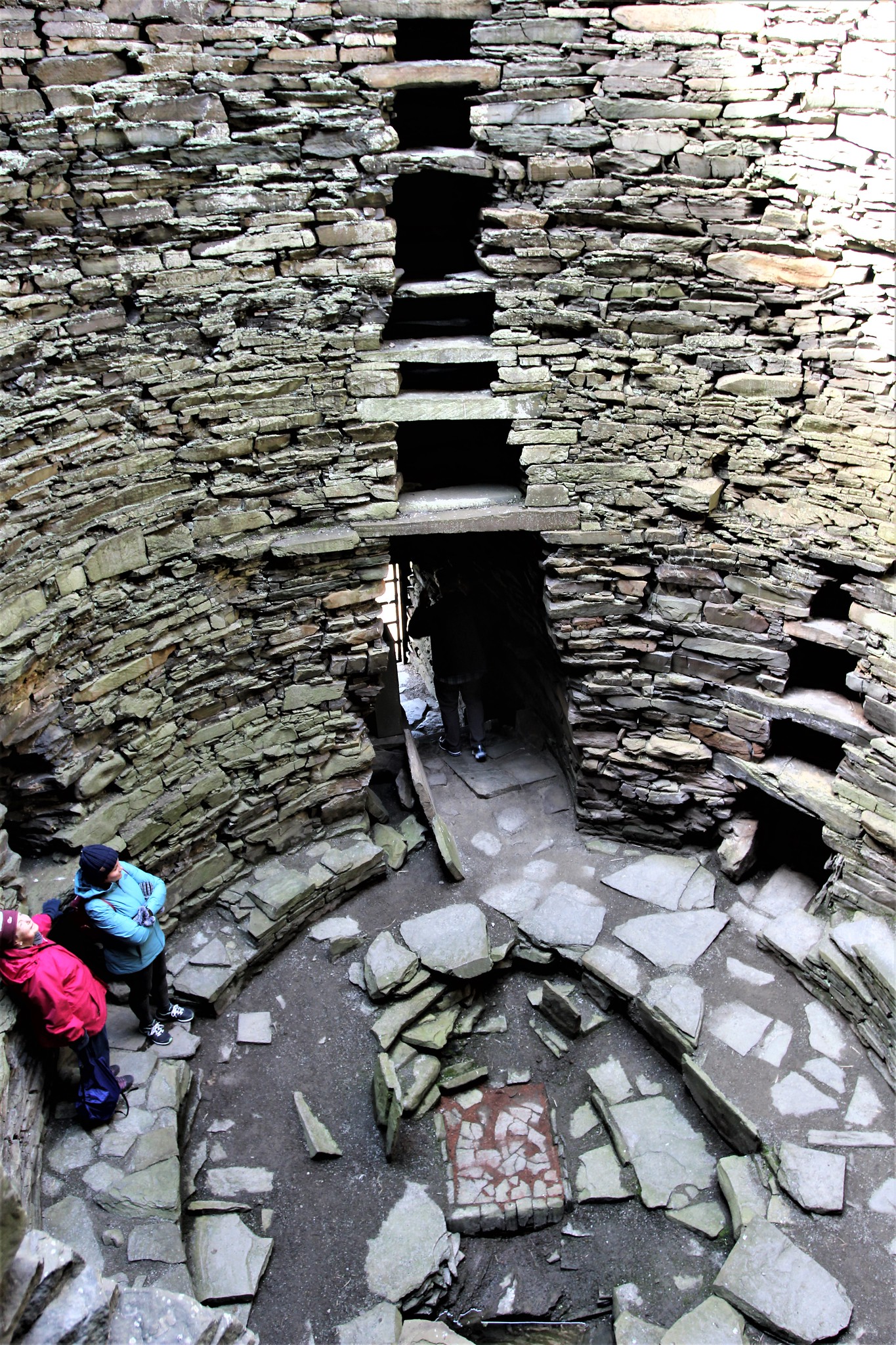 View from top of Broch 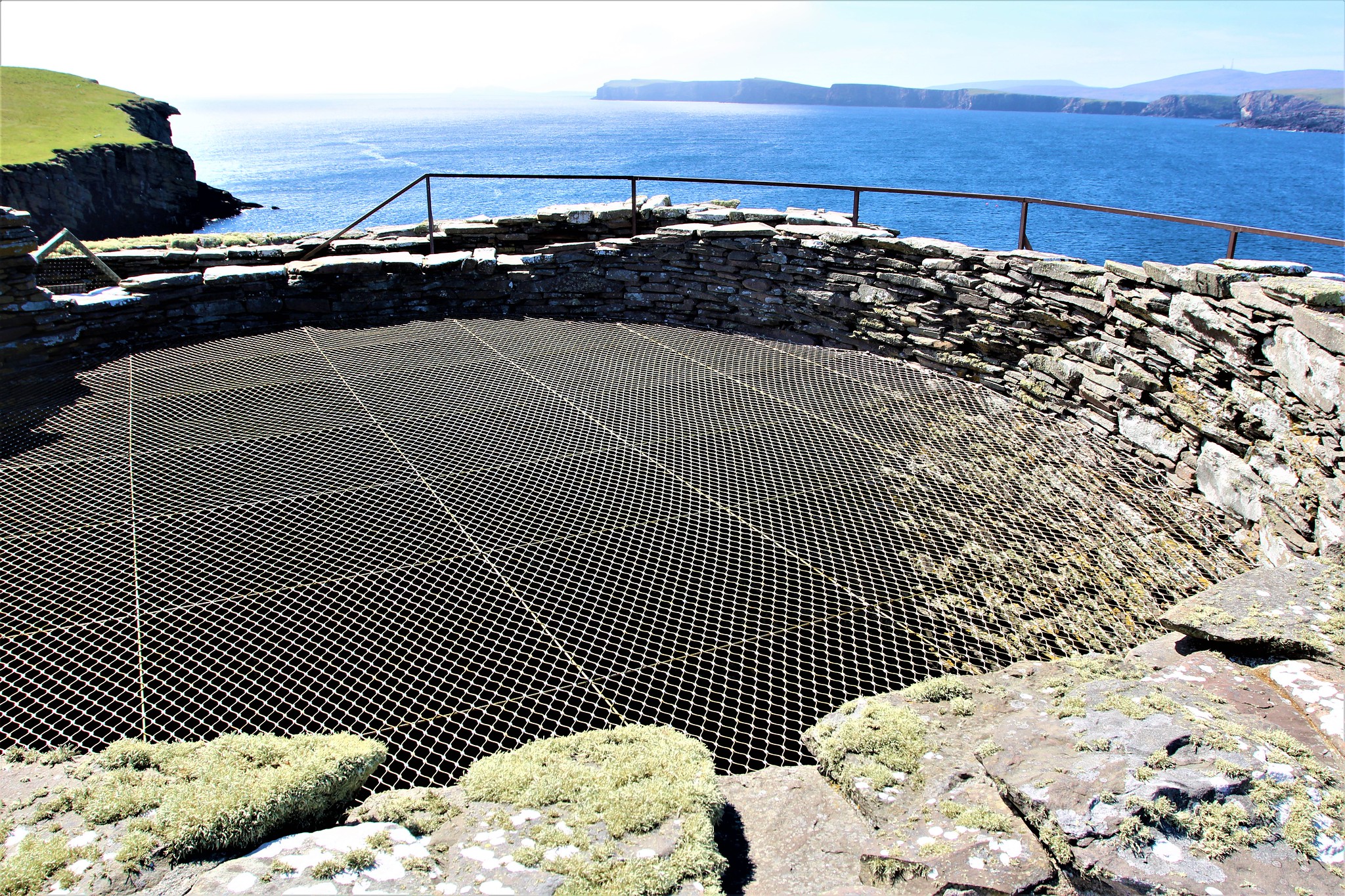