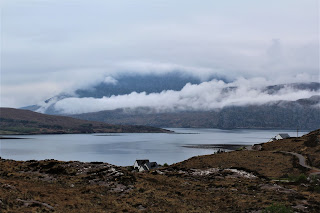 Today, I spent about 8 hours on a tour of the N.W. tip of mainland Scotland, travelling from Ullapool to Tongue. This entailed an 'ultra' back road, stupendous views of coast and lochs (lakes), a ruined castle, small waterfall, tour of an underground cave and evidence of peat cutting.

After departing Ullapool I drove north for a few miles and then left connecting with a minor back road which is barely discernible on the map. This was single track and took me past three lochs (lakes)  and through mountainous scenery with colourful gorse plant boasting its brilliant yellow flowers. 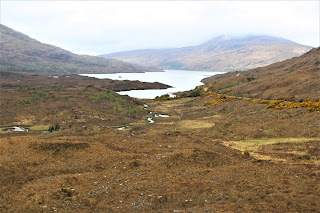 Ruminating sheep on side of the road 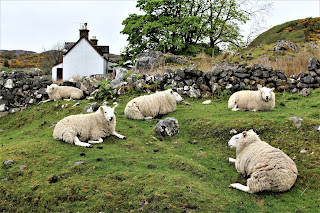 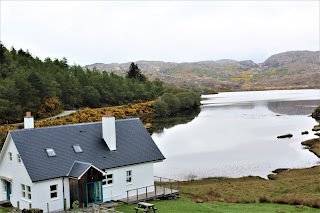 First stop was the coastal village of Lochinver where I availed of refreshment.

Next, I headed east on the A837 tracking Loch Assynt in the final section. I stopped to visit the ruined castle of Ardvreck and a small waterfall opposite. 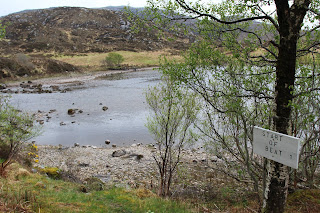 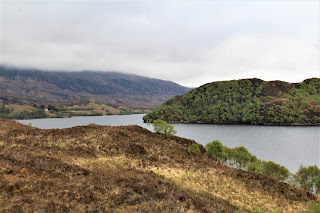 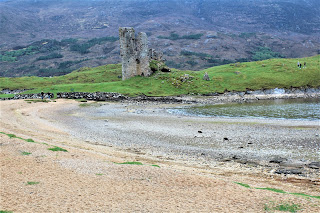 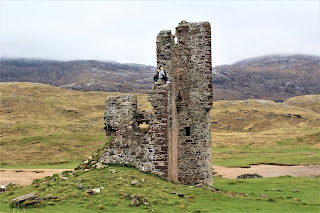 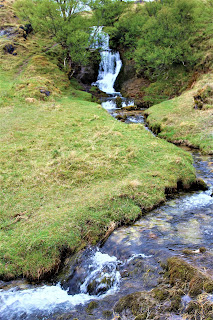 The original castle was far more substantial than implied by the extant ruins. This is because the original structure was abandoned in 1726 when the occupants moved to a new property, Calda House, nearby which it is believed was built using stonework taken from Ardvreck. Calda House is also a ruin.
The castle dates from around 1490 when the MacLeods of Assynt built a three storey Tower House. This is where a defeated Marquis of Montrose, a  supporter of the Royalist cause,  sought sanctuary in 1650 but was betrayed and taken to Edinburgh where he was executed about 1 month later.
Later, in 1672, the castle was captured by the rival Mackenzie clan but, as reported above, their occupation only lasted until 1726. The Mackenzies lost their lands for supporting the Jacobite cause in 1746.

Next, N.E. to the village of Durness on the north coast. Along this stretch of road (mainly single track) I saw the evidence of peat cutting. Peat is decayed vegetation which, if left undisturbed, will ultimately be transformed into coal over millions of years. Peat started to accumulate about 3000 years ago when the climate became slightly cooler and wetter. Historically, peat has been cut (dug) then dried out and used as a fuel, a process which continues today in the remoter parts of Ireland and Scotland. 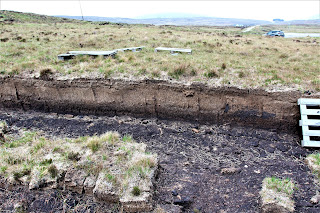 At Durness I visited Smoo Cave, about 130 feet underground. This site has a long and complex history, from both geological and human occupation perspectives, with latter going back at least 5000 years.The caves are limestone. Tours are undertaken by a local caving expert with some travel undertaken underground by boat. For more information see website smoocave tours.weebly.com 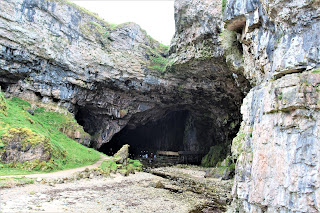 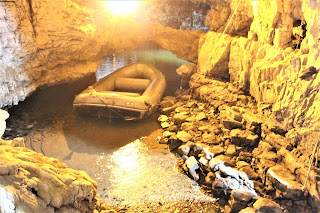 Next, I continued east, skirting lochs Durness, Eriboll and Hope. Along this stretch of road (mainly single track) I saw the charred remains of landscape fires (last month)

Finally, I arrived at my scheduled destination of Tongue,on the Kyle of Tongue (effectively another sea loch).