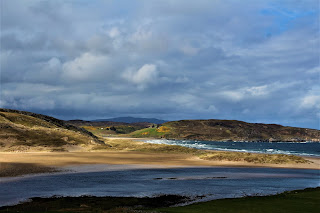 (Above image is a capture of the coast approaching Betty Hill.)

Today proved exceptional. I covered a coastal route commencing at Tongue in the centre of Scotland's northern coast and finishing at Wick on the N.E tip.

The weather progressively improved from dull and overcast to bright sunshine.

First, I walked up to Castle Varrich at Tongue the provenance of which is not known. The ruins may date back about 1000 years and are clearly of substance. The castle may have been connected with Clan Mackay who dominated this area in the past. Location is certainly strategic. 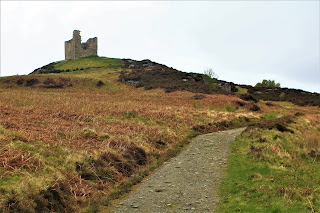 Next, east to Betty Hill. This village was at the heart of the Highland Clearances (circa 1780-1860) when vast numbers of local people were coerced and/or forcibly evicted from the land to make way for sheep farming. Many of the dispossessed emigrated to N. America and Australasia. The museum at Betty Hill ( a former church) holds extensive records and information on the Clearances which is of interest to persons wishing to connect with that era. 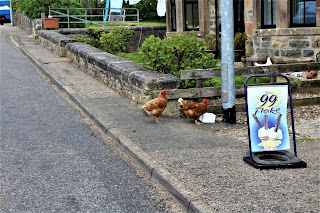 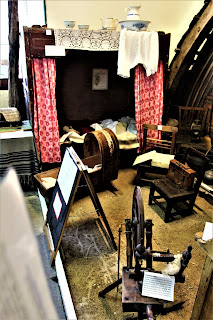 Here is a Pictish era carved stone (circa 9th century AD) from Betty Hill Museum. The Picts were the indigenous people prior to arrival of the Scots. 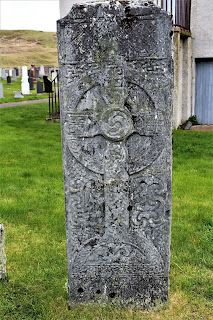 Next to Thurso where I stopped for lunch. This is a medium-size town with a sandy beach. 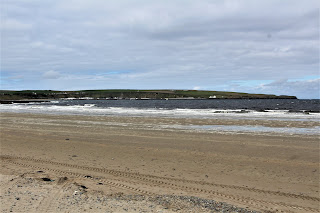 Next to Dunnet Head, a promontory which protrudes into the Pentland Firth. 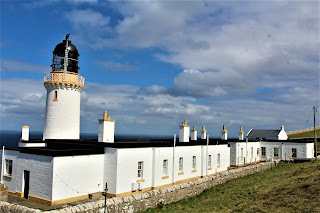 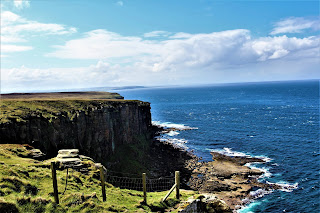 Next to the Castle of Mey which belongs to the British royals. Prince Charles was there yesterday. 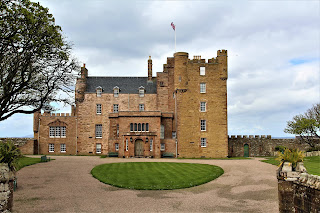 Bluebells in flower at Castle of Mey 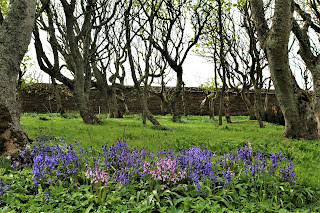 Next to John o'Groats. This has achieved fame because it sits at one end of the longest distance between two inhabited points on the British mainland. There is a harbour with a ferry service to Orkney to the north. This is one of those tacky, 'must see' tourist sites. 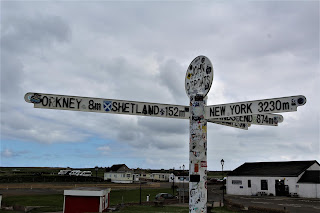 Next stop was the highlight of my day. I called in at the Caithness Broch Centre at Auckengill where I was directed to the remains of a couple of local brochs. Brochs were large, skillfully constructed,  drystome towers which probably housed a high status family with retinue and animals. These buildings date from around 2000 years ago and are unique to Scotland. The county of Caithness is home to over 200 brochs. I am hoping to visit a complete broch on Shetland later this year.

Model showing cross-section of a complete broch for illustration purposes. 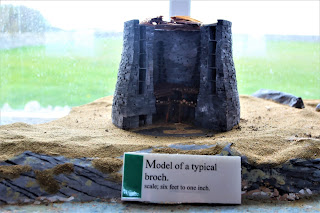 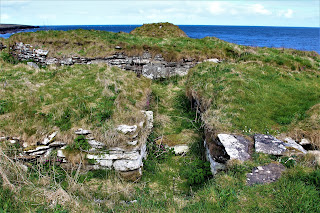 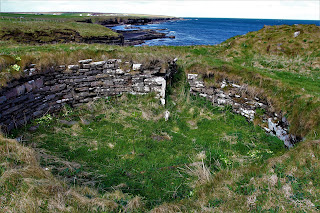 The site to which I was directed entailed a gentle walk along a cliff edge which was resplendent in the sunshine featuring a blanket of Spring flowers, mainly primroses, coupled with nesting sea birds and superb coastal views. 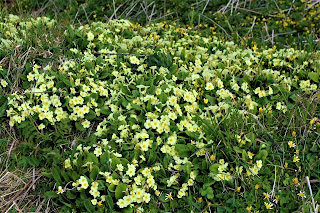 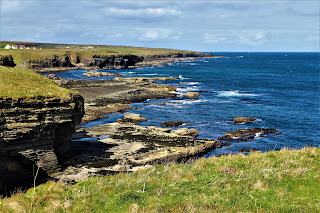 Finally, I moved on to my lodgings in Wick, a town with a large harbour and commercial fishing tradition. Wick means 'bay' in Old Norse and was probably founded by the Vikings about 1200 years ago.