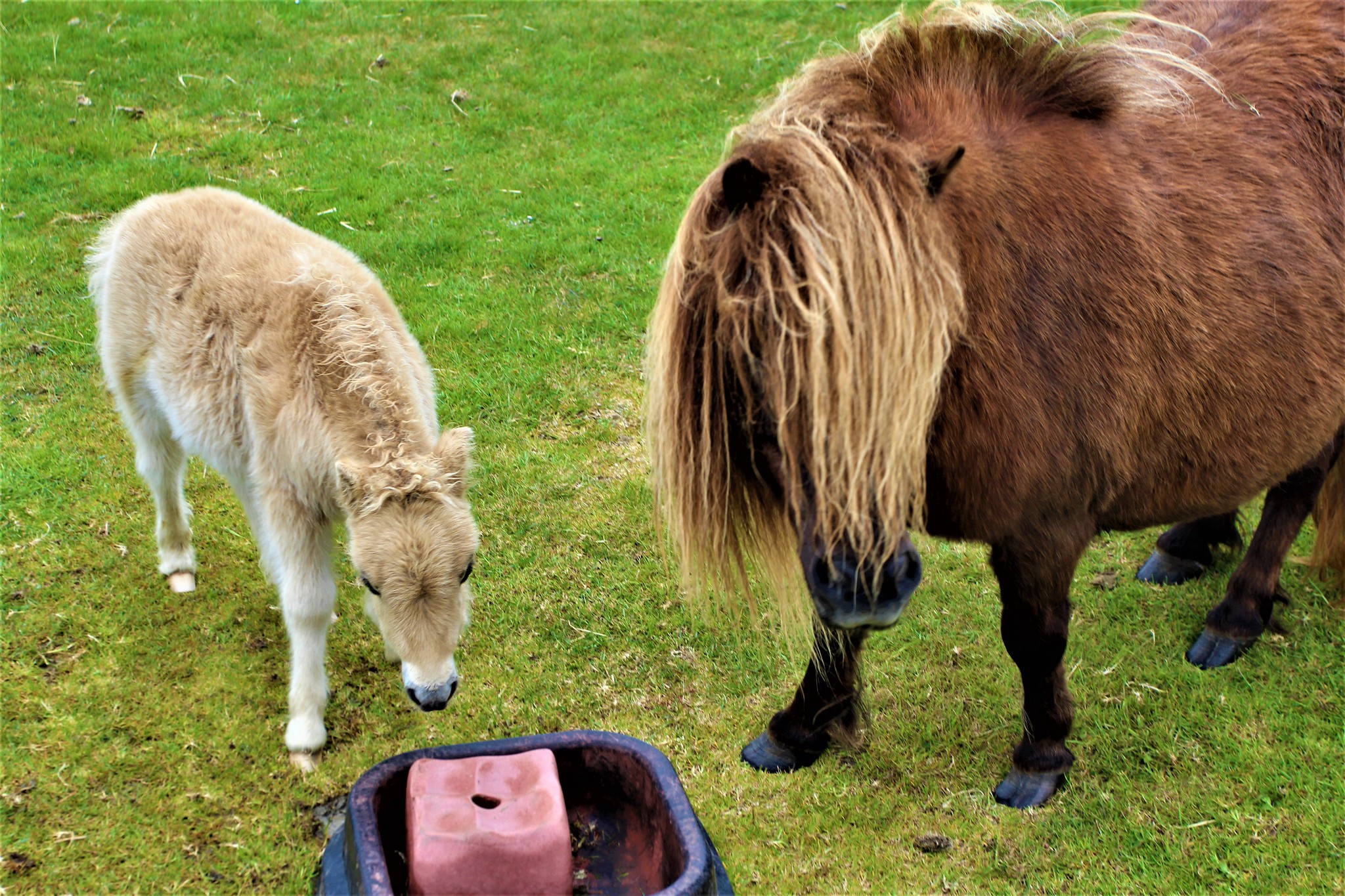 (Above is a capture of Shetland pony with foal.)

First we departed our ba1se at Lerwick and drove south with first stop at the Croft House Museum near Boddam. This is one of just two such preserved traditional houses on Shetland and dates from the 1880s. The house has a turf roof topped with thatch. Inside burns a peat fire. Original beds, oil lamps and furniture are present inside together with a peat fire. 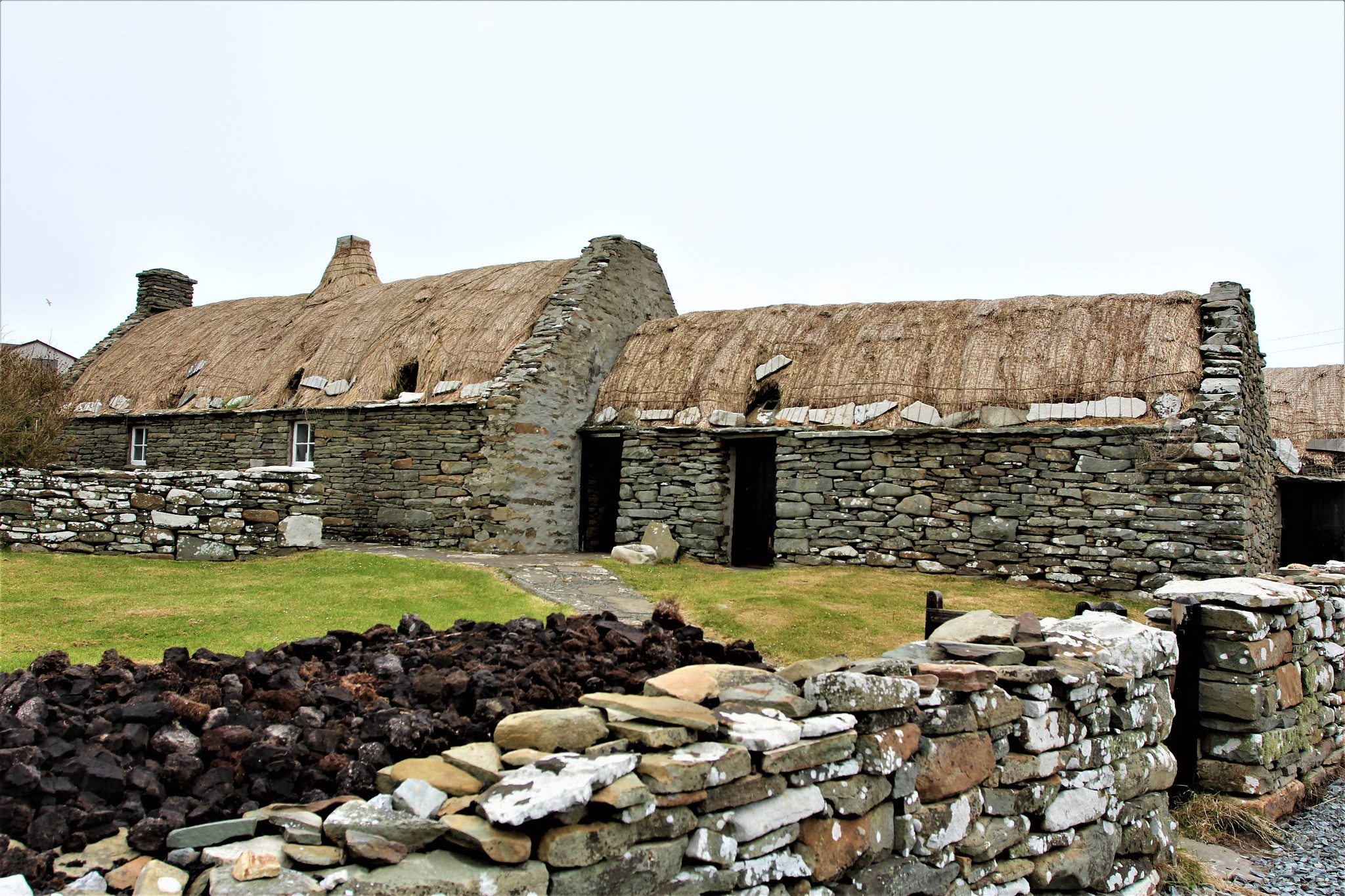 In a field adjacent to the Croft House can be found a small herd of Shetland ponies. 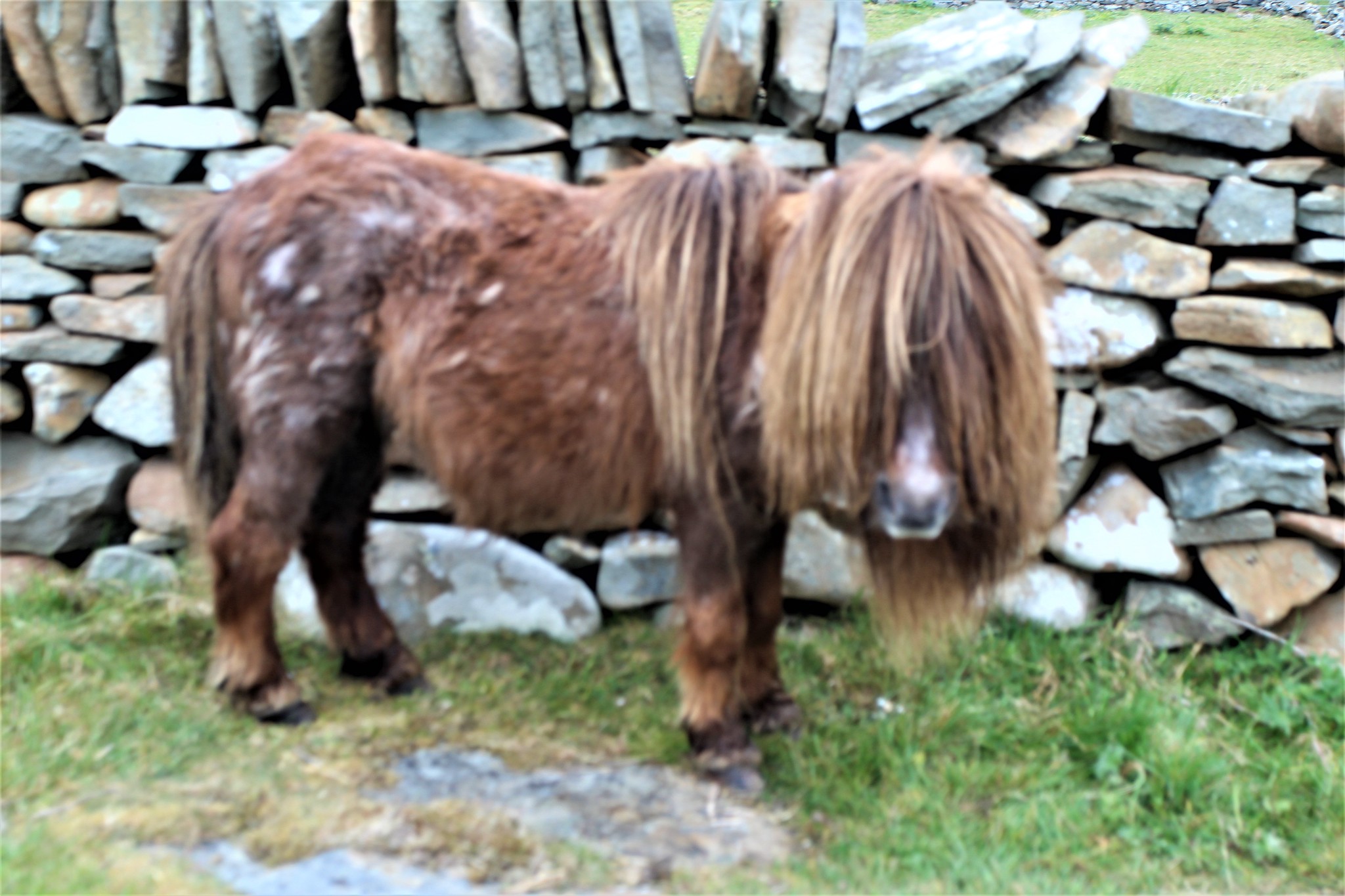 Next, we called in at West Voe, a sandy beach near Sumburgh Airport. 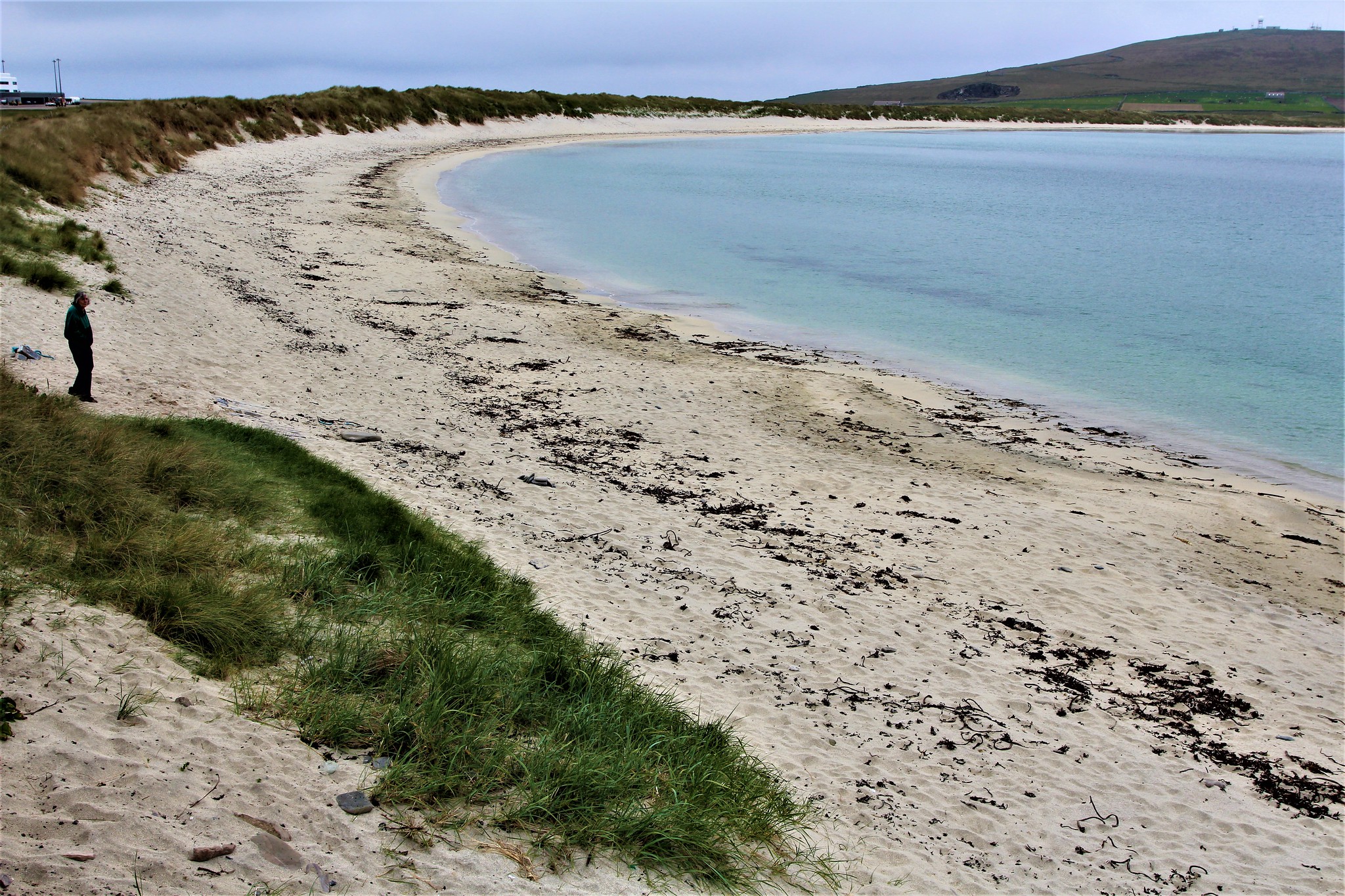 Next, we continued south to our principal objective of Jarlshof which is a very compact site, close to the sea, which spans an incredible six time periods and about 4000 years, viz: Neolithic, Bronze Age, Iron Age, Norse period, Medieval and 16th century. Like a similar site on Orkney the archaeology was only revealed by a fierce storm which removed a layer of sand. 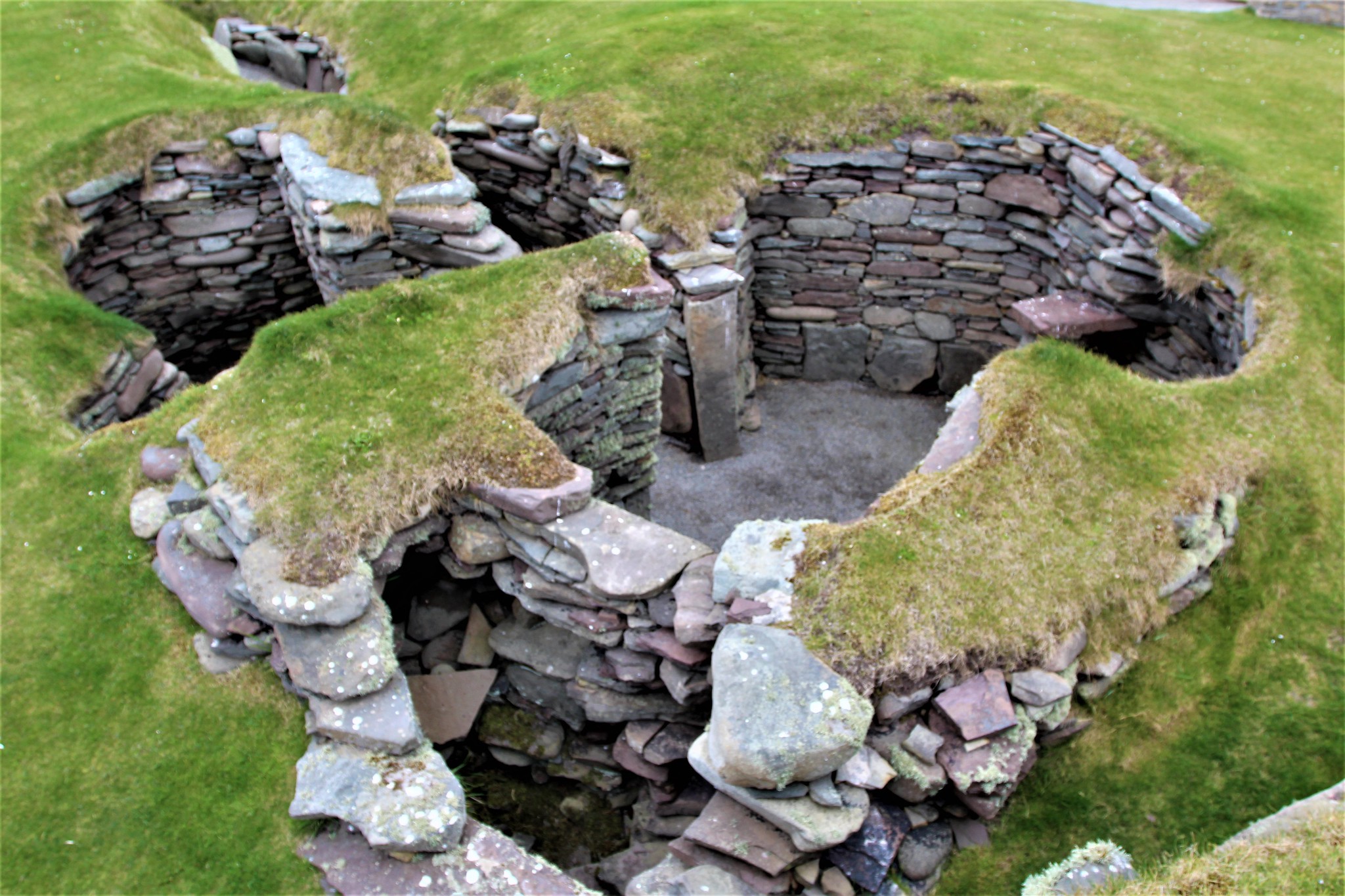 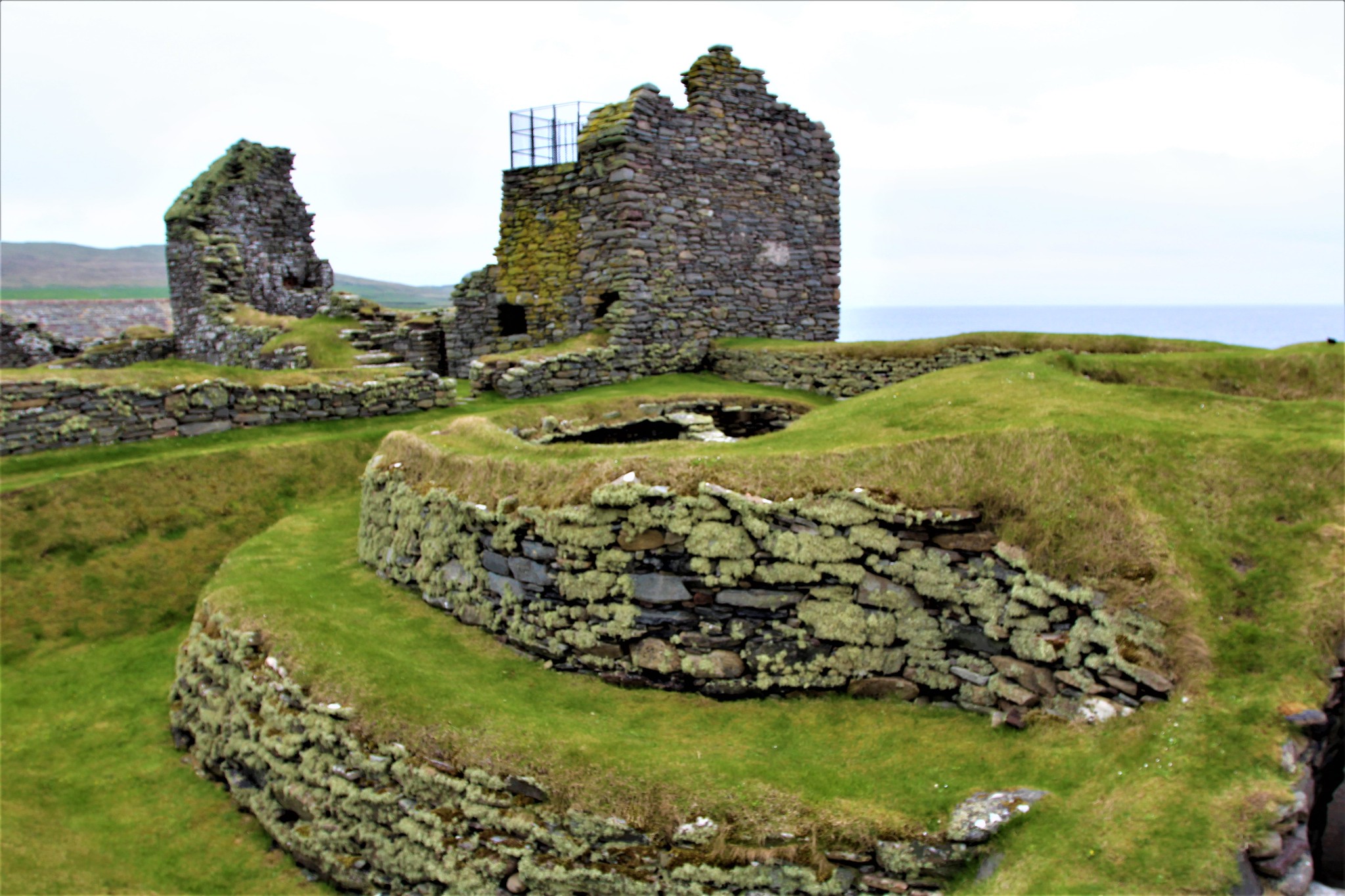 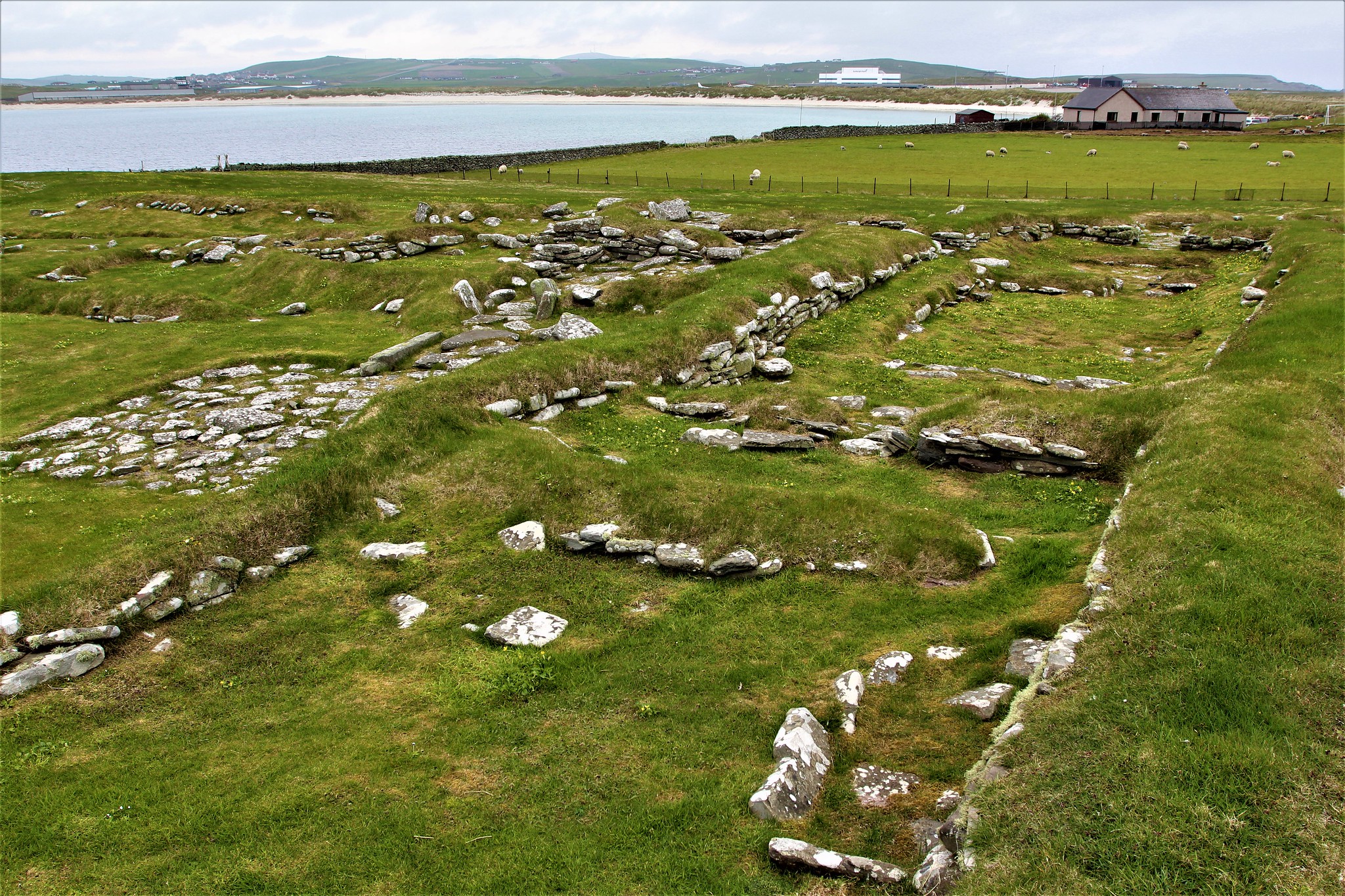 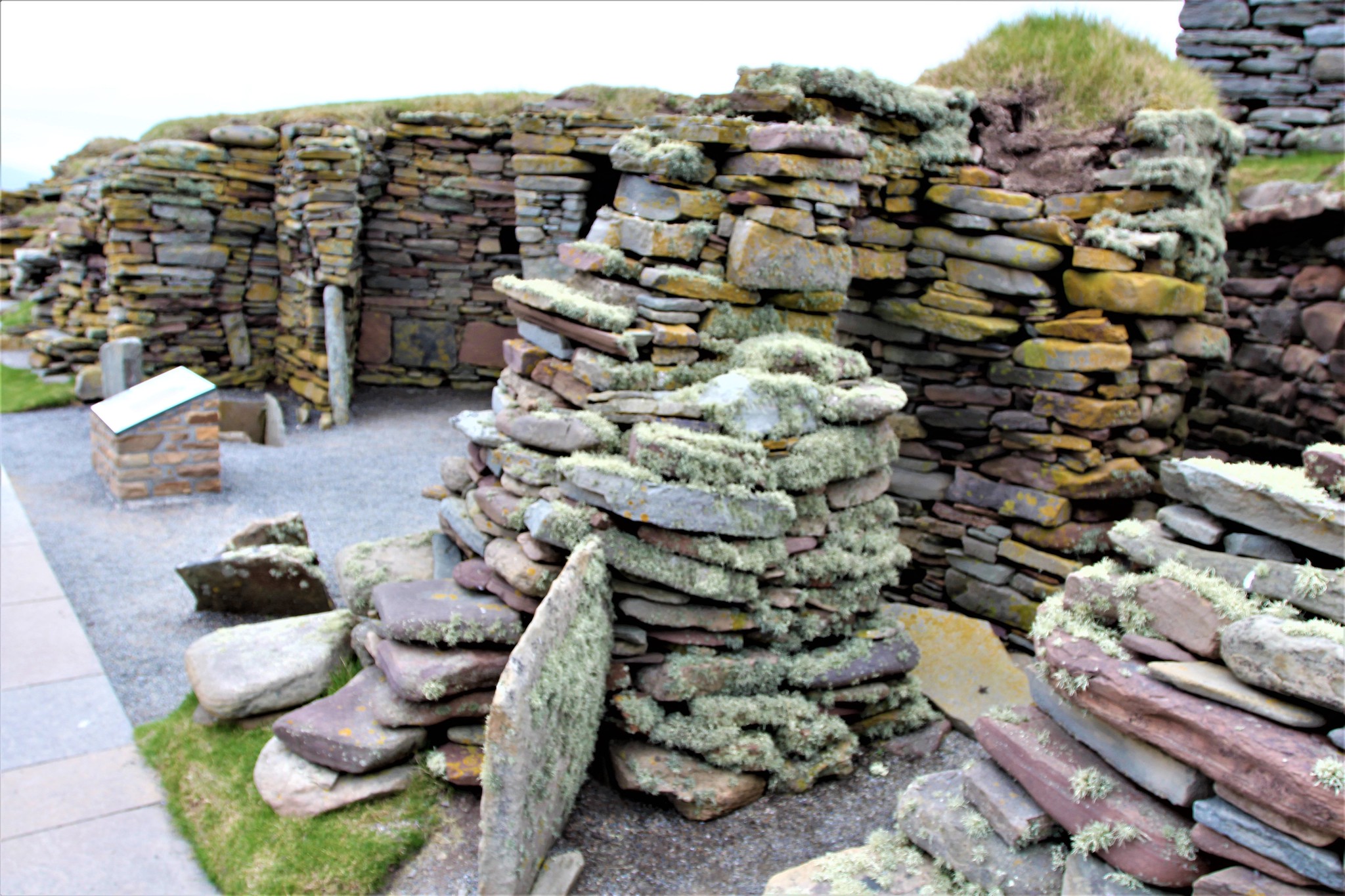 Sheep with lambs near Jarlshof 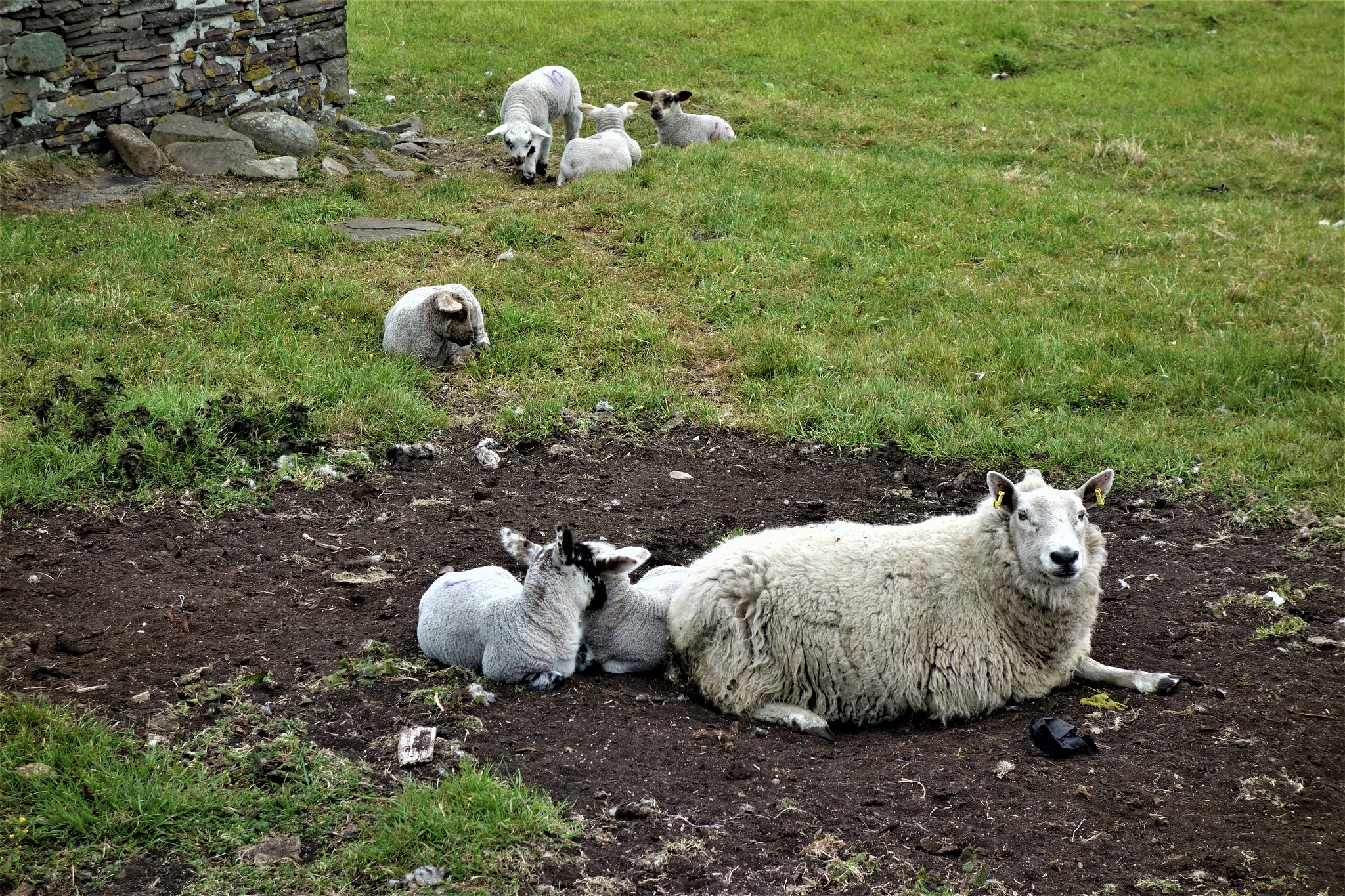 Next, to the very southern tip of Sumburgh Head where there is a lighthouse and nature reserve (birds). Ten percent of British seabirds breed on Shetland. 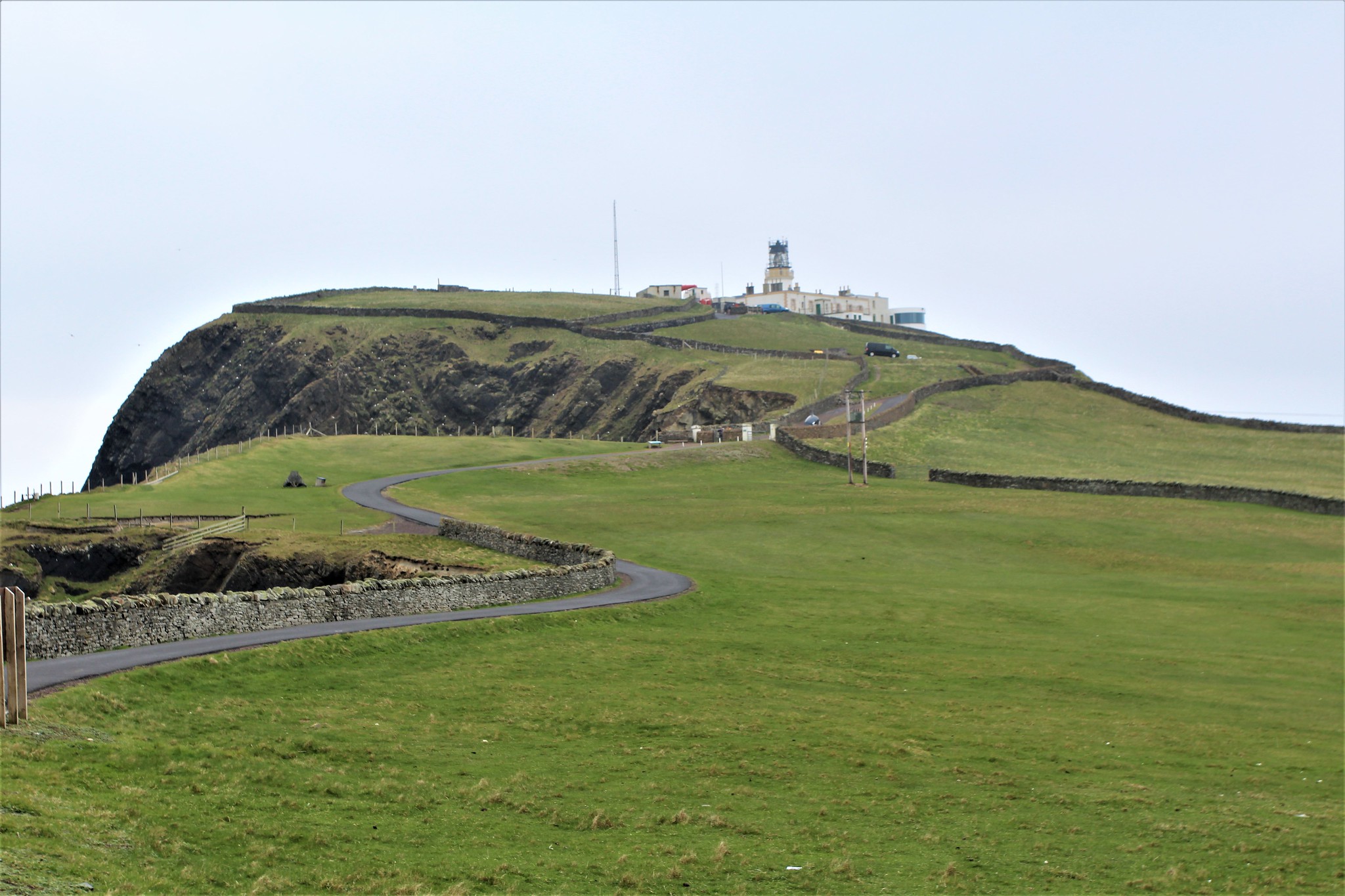 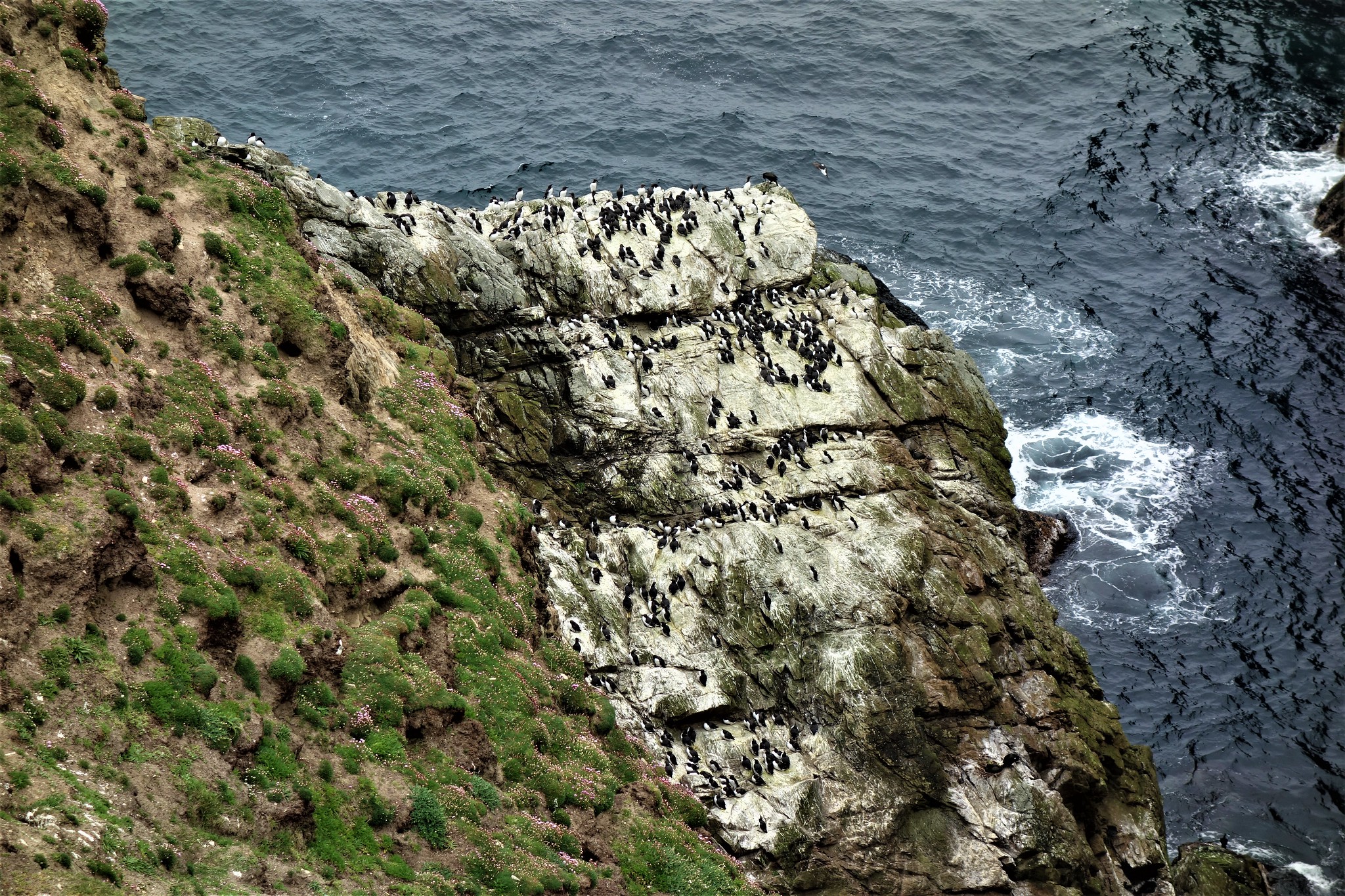 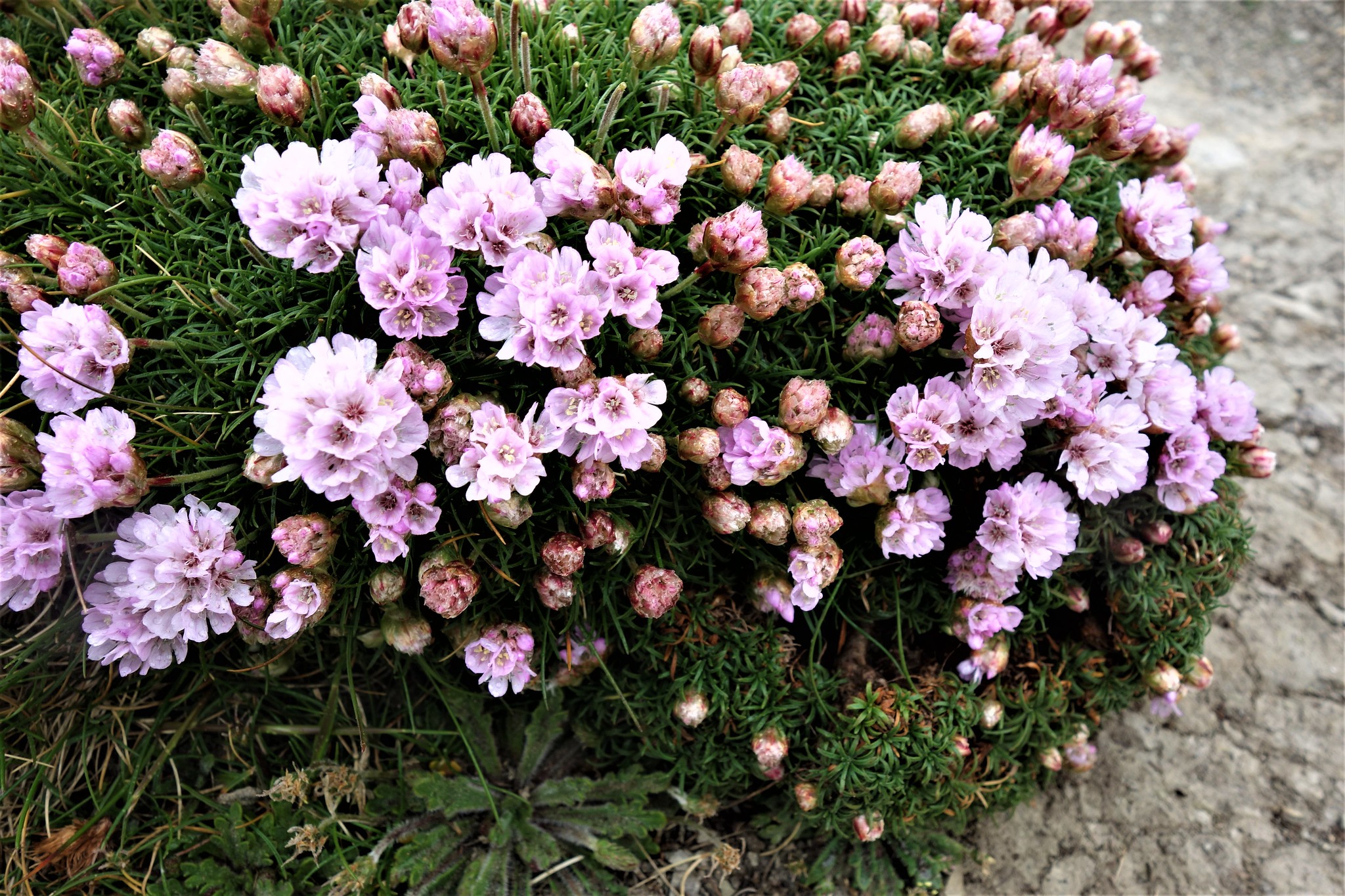 Finally, with weather deteriorating, we returned to Lerwick.