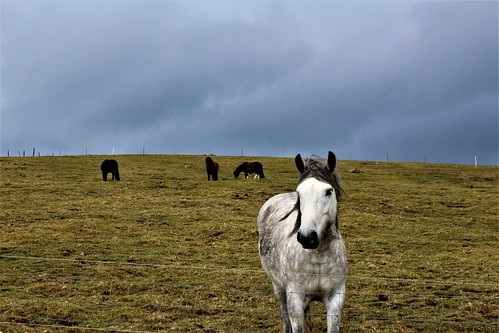 (Above image is a capture of a horse in West Burra, Shetland.)

This morning, May 19th., we departed our lodgings in Lerwick with aim of visiting the outlying western part of Mainland Shetland.

It would appear that over 90pct of the place names are of Norse/Scandinavian origin which reflects the fact that Shetland was ceded to Scotland (from Norway) as recently as 1472. Gaelic has never been spoken on Shetland with the Shetland inhabitants having traditional ties with Scandinavia. A 2014 research project found that almost one third (29.2pct) on Shetland males tested positive for Viking ancestry. 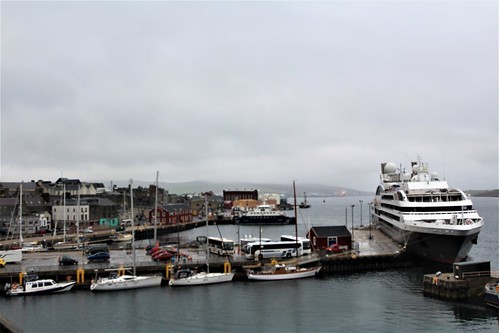 First, north to Tingwall, which means assembly valley or field. This is where parliaments were held in the Norse times. The name is essentially the same as Dingwall on mainland Scotland and Tynwald on Isle of Man both of which have Norse origins and indicate the same 'meeting place' function. 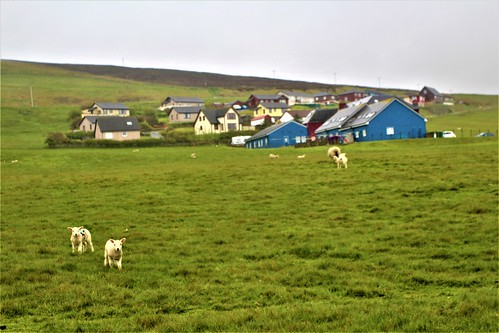 Next, S.E. to Scalloway which means 'longhouse or hut bay'. Here we visited the well presented local museum and nearby castle. Latter was built in 1600 by Patrick Stewart, 2nd Earl of Orkney during his brief period as effective ruler of Shetland. 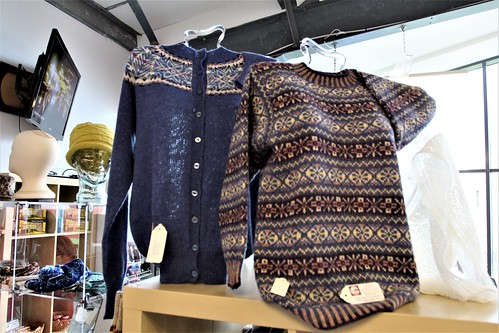 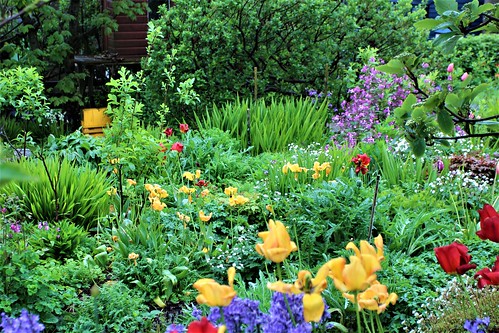 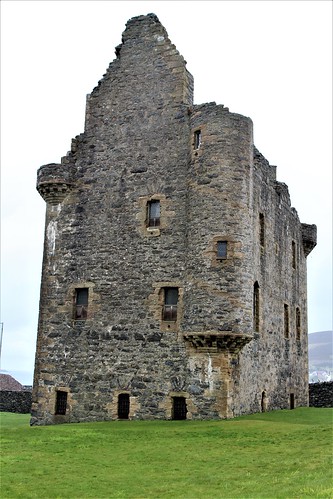 View of Scalloway from south 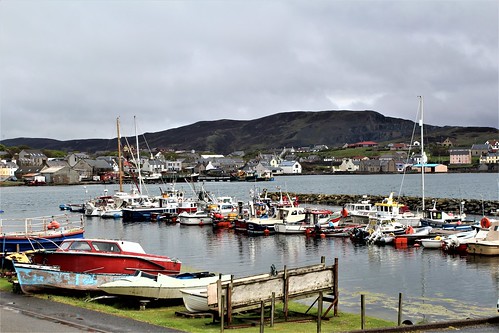 Next, S.W. to the village of Hamnavoe (voe means 'bay') where we encountered the interesting Shell House illustrated below. 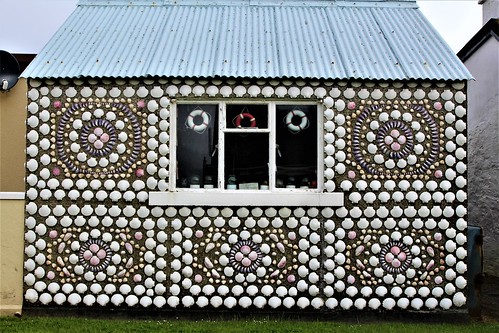 Next, we visited a local croft for directions to a historic, thatched building. A croft is a small agricultural unit of, maybe, 5 or 10 acres. The black and white cattle below are local to Shetland and not to be confused with Friesians or Holsteins.

Livestock at croft near Burland 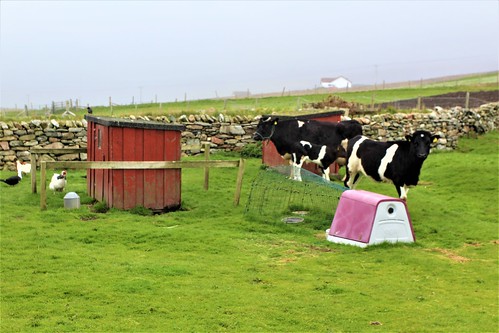 Next, to the Easthouse, thatched roof croft house which is believed to date to 1830, one of only two remaining such houses out of, possibly, 5000 at peak in Shetland in days past.In 1832, the property was occupied by Oliver Smith plus wife, four daughters and two sons. This property has been restored but interior access was not available at time of our visit. 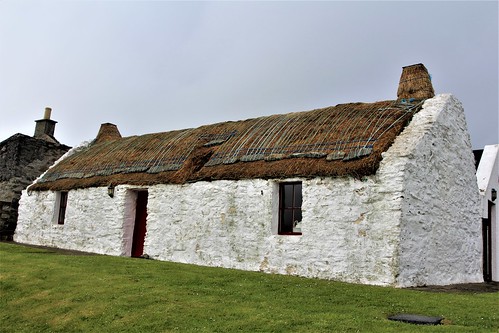 Just a few minutes walk from the Easthouse property we found the stunning Minn Beach. Being 60 degrees north the water temperature was not conducive to bathing without benefit of wet suit type protection.

Apart from the omnipresent sheep we noticed many rabbits frolicking an the grass covered dunes around the foreshore-ideal conditions for these small mammals. 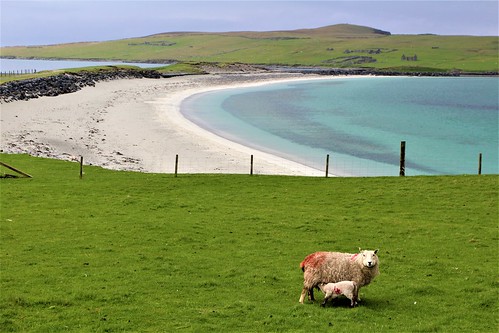 Next, for want of an alternative, we started to retrace the route back to Lerwick
whilst admiring the rugged scenery along the way. 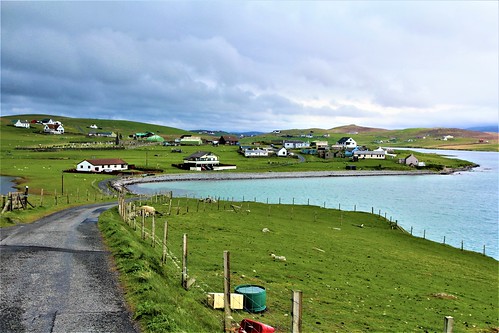 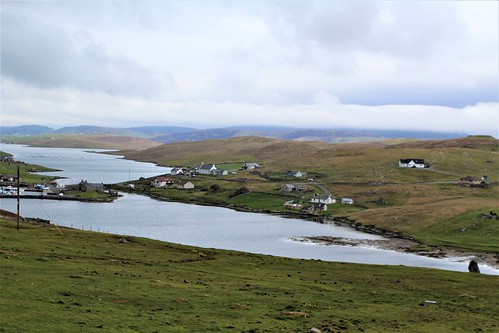 Our ultimate objective this evening was the airport at Sumburgh from where we planned to travel direct to Glasgow. Unfortunately, all flights were cancelled due to fog. Instead we were transported back to Lerwick to connect with the overnight ferry to Aberdeen and then on to Glasgow by taxi with all the travel costs being covered by the airline. We duly arrived home about 15 hours late. This episode illustrates the risks in visiting remote parts of Scotland's Highlands and Islands where both ferries and aircraft can be subject to delay or cancellation due to weather conditions or breakdown. Persons visiting such remote areas should always include flexibility in travel schedules.
Shetland