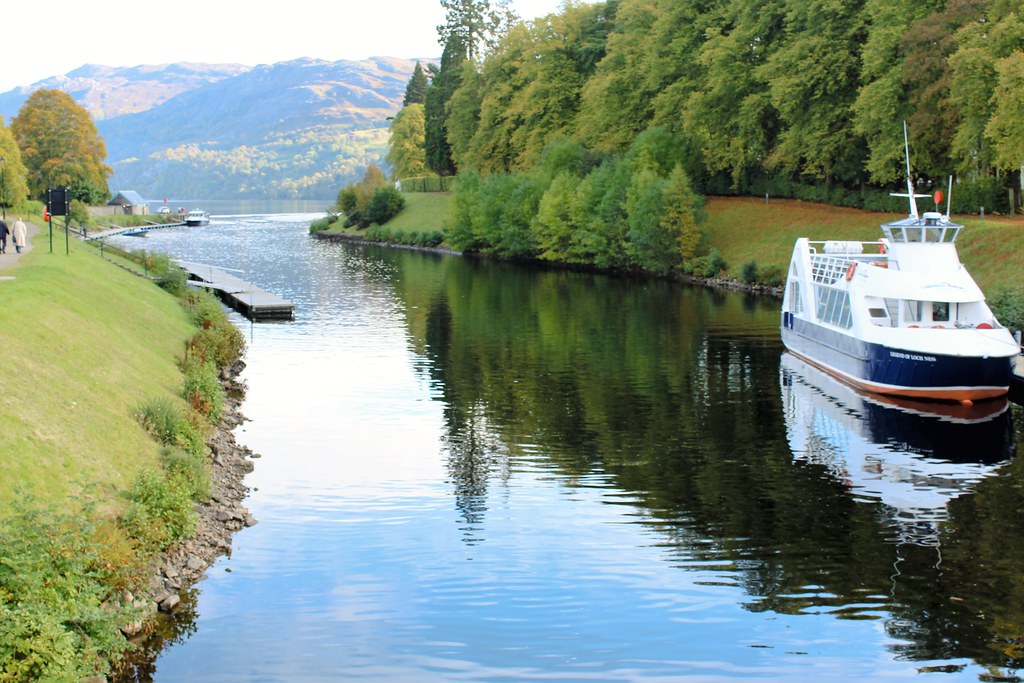 (Above image is a capture of the Caledonian Canal connecting with Loch Ness.)

This evening, I am focusing on the Caledonian Canal which follows the line of Scotland’s Great Glen using the natural waterways of Lochs Dochfour, Ness, Oich and Lochy. Many visitors to the Highlands connect with this canal but probably fail to understand its history and significance.

The canal was essentially a project to employ Highlanders in the early 19th century in order to arrest population decline in the area due to the Highland Clearances and emigration. Ancillary purpose was to provide safe passage for ships by avoiding the stormy waters of N.W. Scotland but failed to achieve commercial success due to changing design and size of ships during the early 19th century. Unusually for the time, the project was funded by Government. Summary statistics:
The canal is now mainly used by pleasure craft. It affords a wonderful experience, quietly traversing the Highland scenery away from the heavy road traffic.