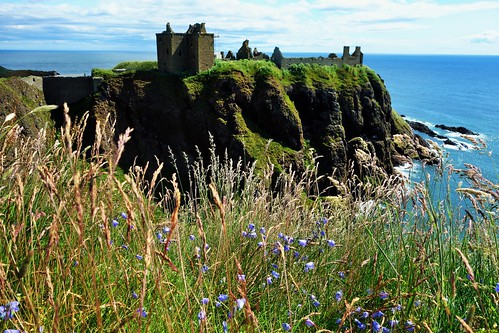 This evening, my focus is on the magnificent medieval stone castle at Dunnottar which is located near to Stonehaven, about eighteen miles south of Aberdeen on Scotland's east coast.There are records of a fortification on this site going back to the 7th century but the current building originated in the 1290s under Sir William Keith, and to this day remains associated with Clan Keith. The name translates as 'fort slope'. This castle’s illustrious military career can be summarised as follows:
Interior view with well 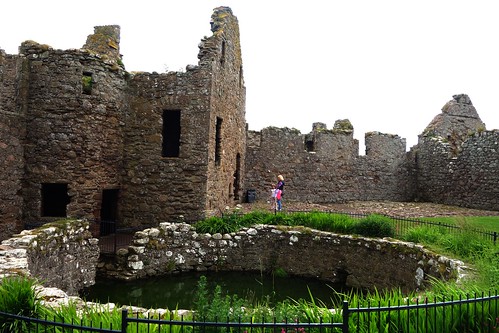 The castle was not restored after the 1651 bombardment and hence it’s ruinous state today.
The images above and below give an appreciation for the size and standing of this once important fortification. 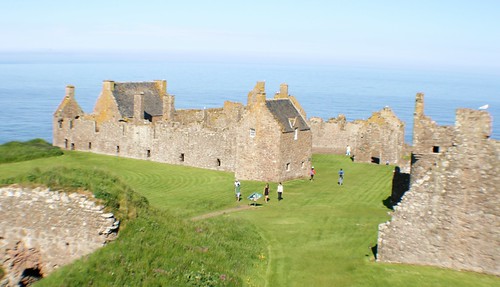 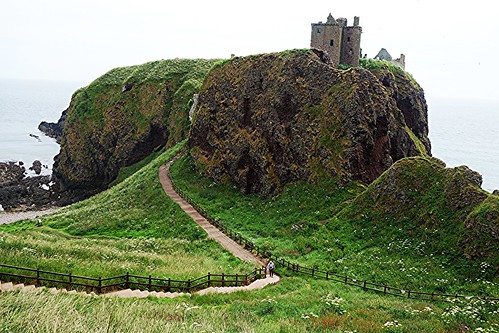