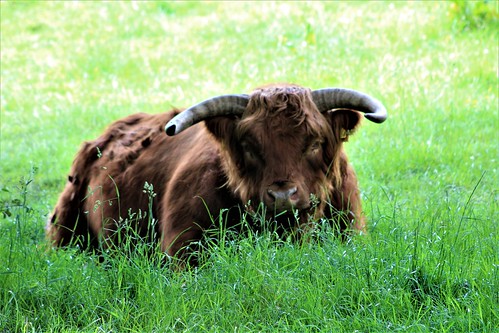 (Above image is a capture of a bull at Pollok Park. This animal is of the breed commonly known as Highland Cows.)

Today, is the longest day of the year with sunset about 10.00pm and sunrise just 6 hrs 30 mins later.

Weather was fine and temperate with a mild wind.

Mid-morning I embarked on a 25 miles round trip cycle ride covering south Glasgow, Pollok Park, Paisley and Johnstone all in S.W. Scotland. The route was mainly off road, first tracking the White Cart Water (river) then the line of a defunct railway.

White Cart Water. Now an idyllic setting but during the late 18th/early 19th century this river powered many mills along its route. 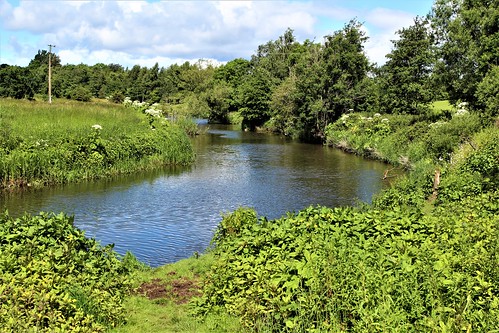 Much of the scenery was lush green interspersed with colourful wildflowers.In addition to the flora I encountered a small herd of Highland Cows and a flock of goosander (ducks). The route also connected with important buildings in terms of architecture and industrial history, even a connection with William Wallace ("Braveheart"). 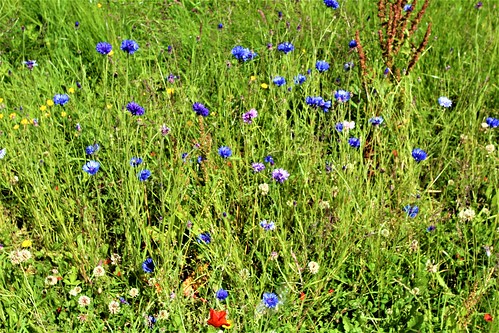 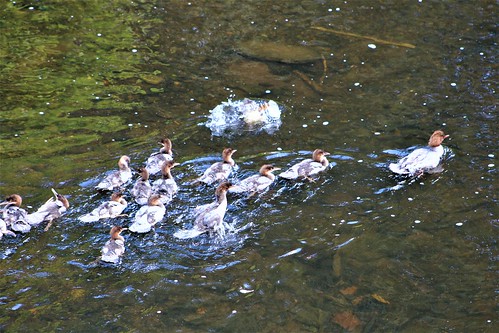 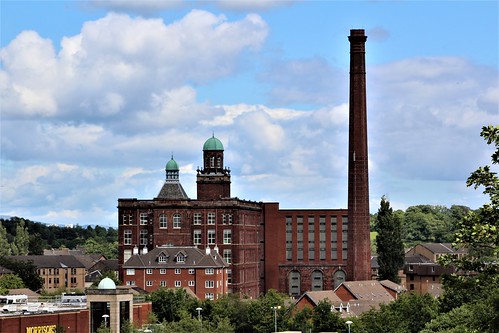 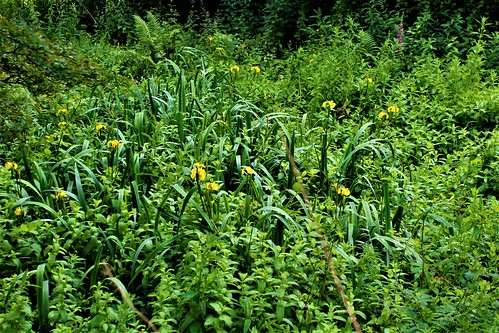 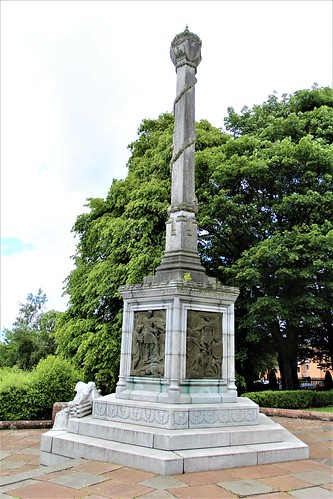 Dandelion flower (bottom left) with sister flower gone to seed (top right). This perfectly illustrates a segment from Shakespeare's Cymbeline: "Golden lads and girls all must (vibrant full flower), As chimney-sweepers come to dust (seeded flower.). Shakespeare grew up in a rural environment and it was to the dandelion that the words in Cymbeline refer. 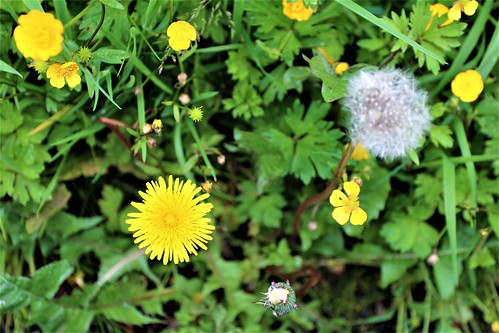 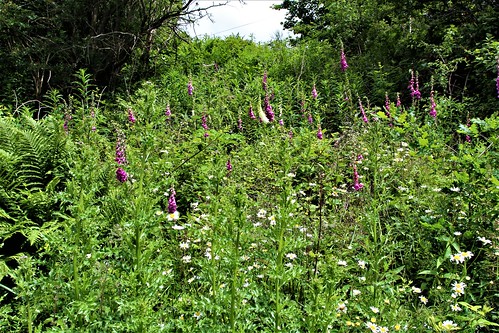 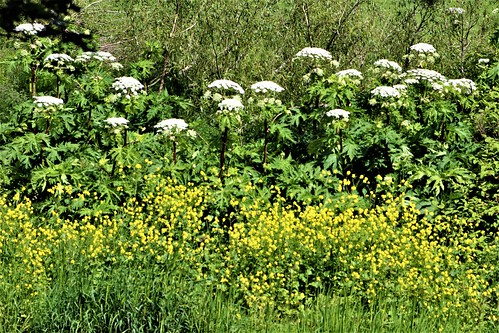 Rhododendron, an import from the Himalayas. Very colourful but an invasive pest and well nigh impossible to eradicate. 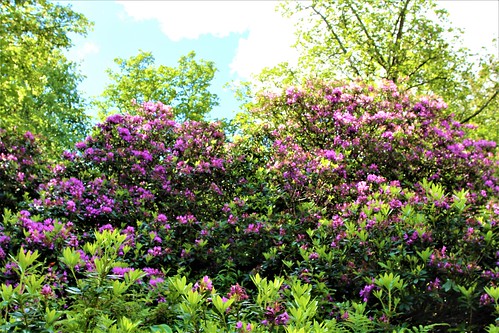 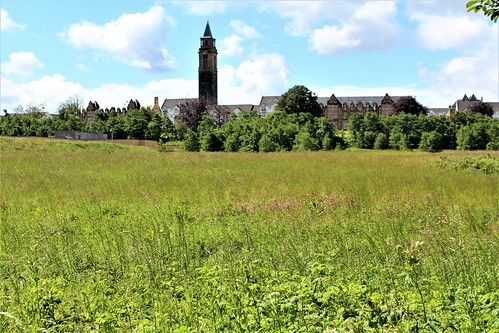 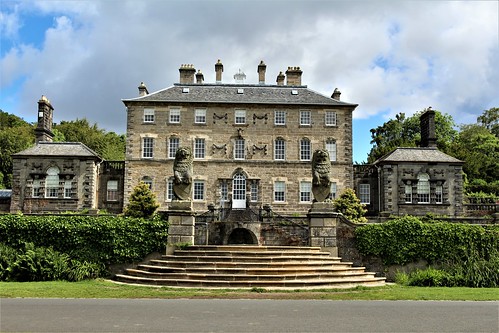