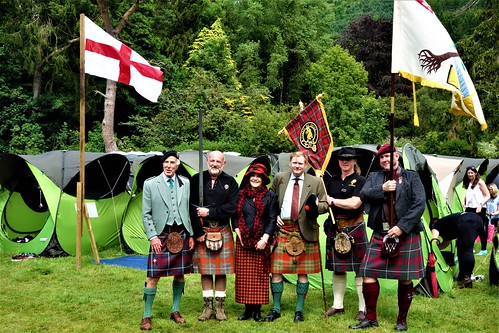 (Above image is a capture of Clan Gregor.)
This afternoon, I attended the above captioned Highland Games which were held at Lochearnhead, about ninety minutes directly north of Glasgow, at the western end of Loch Earn. This event  was also styled as the Gathering of the Clans MacGregor, MacLaren, Stewart of Strathearn and Macnab.

The three named communities are located in close proximity to each other. The origins of the names are as follows:
This was an excellent and well patronised event attended by visitors from around the globe, including a contingent of French Girl Scouts. Weather was favourable although ground underfoot was wet.

The usual range of activities was held including piping, highland dancing, field sports and athletics. 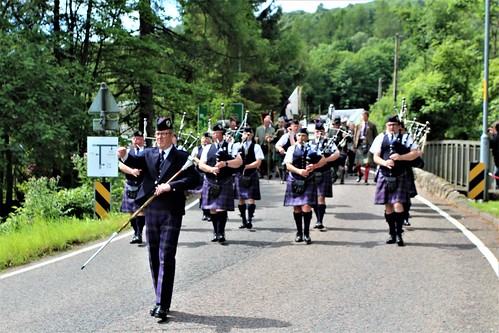 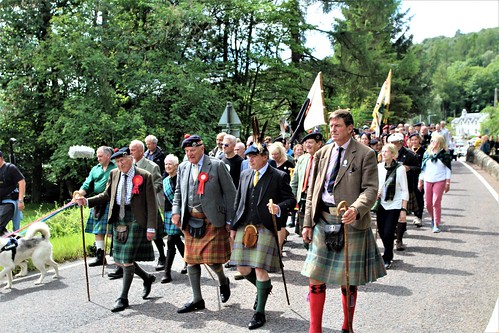 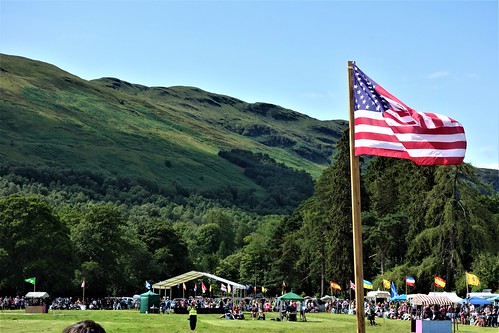 Watching the Pipe Band go past. 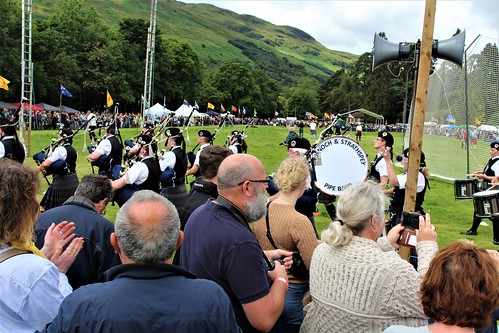 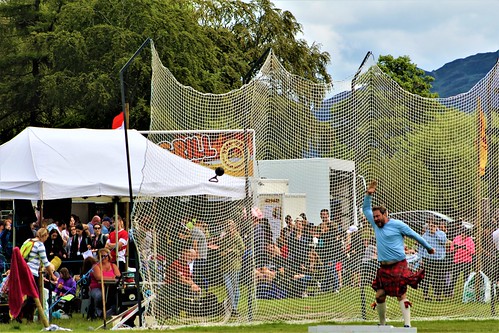 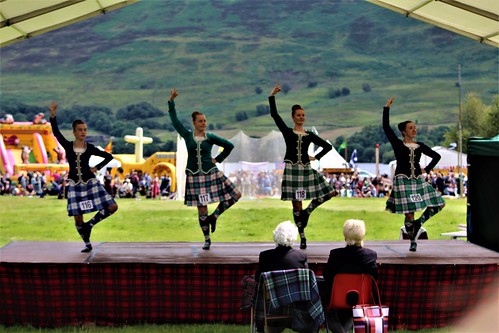 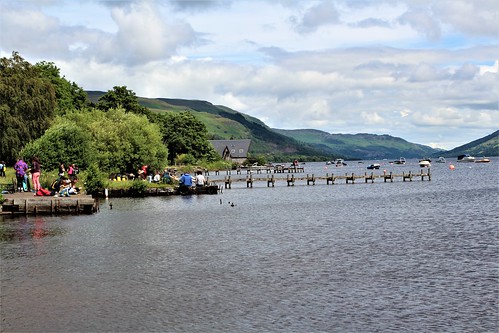 In attendance was the Badenoch and Strathspey Pipe Band. See video clip below.