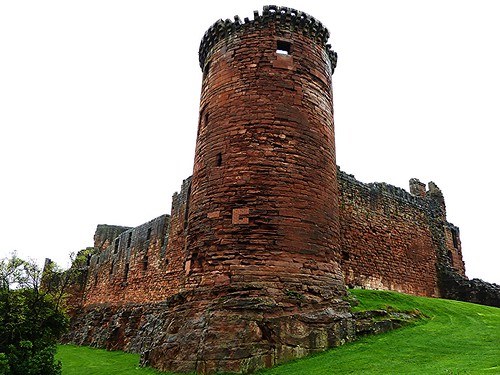 This evening, my focus is on Bothwell Castle, one of the few great castles of Scotland. Location is South Lanarkshire, Scotland between Bothwell and Uddingston, about 10 miles south-east of Glasgow. As with most medieval castles, location was chosen for ‘command and control’. In this case the castle controlled the routes in and out of Western Scotland. It was circled by a wall sixty feet in height and fifteen feet broad. 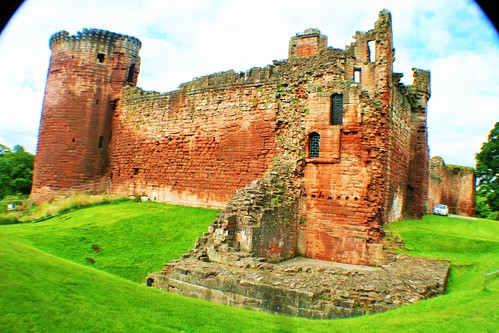 This huge edifice stands on a high, steep bank, above a bend in the River Clyde and dates from the 13th century. The building project was initiated by Walter of Moray and/or his son, William as a symbol of the family’s power and wealth but was never completed as originally envisaged. It is possible the Wars of Independence in late 13th and early 14th centuries interrupted construction. However, the great tower or donjon (main residential tower) was completed. This donjon (from which the term ‘dungeon’ is derived) has been described as  ‘the grandest piece of secular architecture that the Middle Ages has bequeathed to us in Scotland’.

Between 1296 and 1337 control of the castle switched between Scots and English control no less than six times. 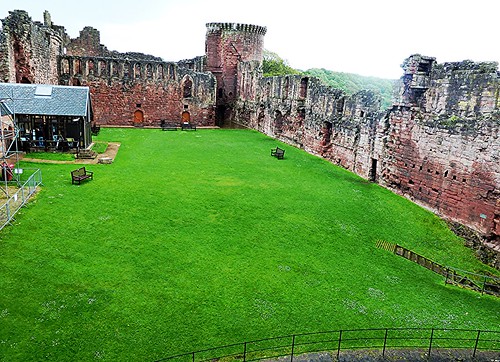 A re-build occurred after 1362 when the castle fell under control of the Black Douglases.This was characterised by fine quality, late medieval secular architecture.The Douglases lost control in 1455.
In 1669 the Earls of Forfar acquired ownership only to abandon the site during the late 1600s in favour of a new mansion built close by which was built using stone recycled from the castle.
This site does not attract the huge crowds which flock to Edinburgh and Stirling Castles. However, a very substantial building which has played its role in Scottish history. 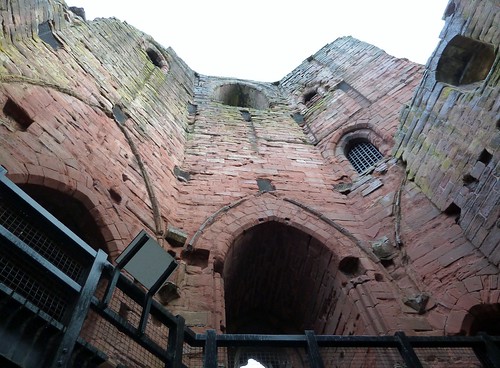