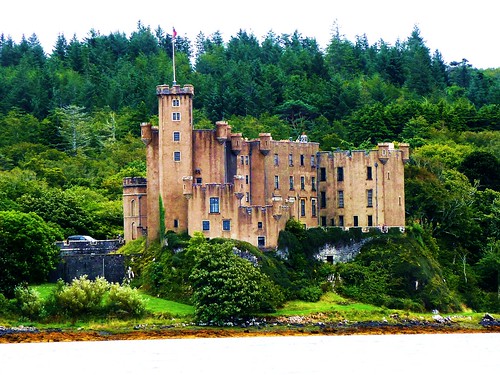 This evening, I am focusing on MacLeod of MacLeod the chiefs of which have occupied Dunvegan Castle (above and below) on Isle of Skye for twenty generations. Over this long period of occupation the MacLeods have hemorrhaged some of their extensive lands due to inadequate (or non-existent) legal titles.

The Chiefs of Clan MacLeod claim descent from Leod, a high-born Norse-Gael who is thought to have lived in the 13th century, but whose ancestors are known from multiple pedigrees at least into the early 12th or late 11th centuries.

The MacLeods adhered to the Roman Catholic faith during turbulent times in the 17th and 18th centuries. They fought for the Royalist cause in the Civil War of the 17th century and suffered huge losses at the Battle of Worcester in 1651. However, the MacLeods are perhaps best known for their cultural achievements, viz:
Current Clan Chief

Hugh Magnus MacLeod of MacLeod (born 1973) is Chief of Clan MacLeod and is currently representing the Associated Clan MacLeod Societies in the Standing Council of Scottish Chiefs  He is also recognized Chief of the Name and Arms of MacLeod, in Scotland and the United Kingdom, by the Court of the Lord Lyon.On the death of his father, John MacLeod of MacLeod, on 12 February 2007, Hugh inherited Dunvegan Castle, the ancient seat of the chiefs of Macleod, and the associated ancestral clan territories, which still extend to over 42,000 acres (17,000 ha) on the Isle of Skye. 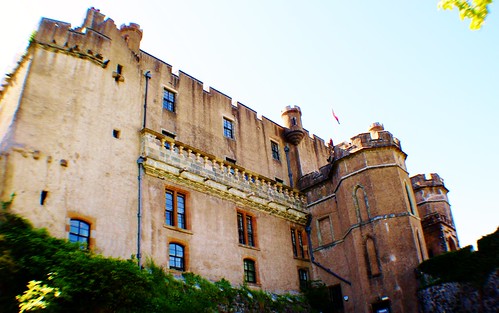 Dunvegan Castle is one of the top visitor attractions on the Isle of Skye and is open to the public.
Clan MacLeod