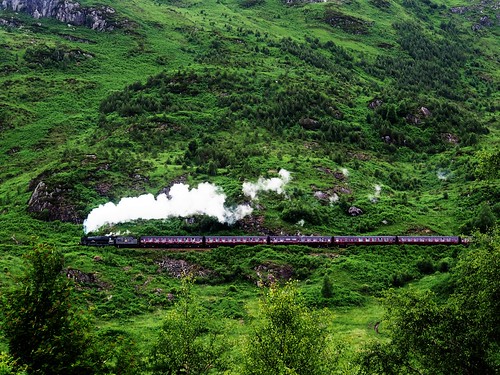 (Above image is a capture of the Jacobite Express passing through Glenfinnan.)


This evening, I am posting a portfolio of images and videos concerning the popular Jacobite Express Steam Train which operates during the tourist season along the 41 mile (66 km) route between Fort William and Mallaig in the Scottish Highlands. This train ride has proved extremely popular on
two counts: (1) The outstanding scenic beauty via Loch Eil, Glenfinnan and Arisaig and (2) Connection with the ‘Harry Potter’ stories and film via the ‘Hogwarts Express’. 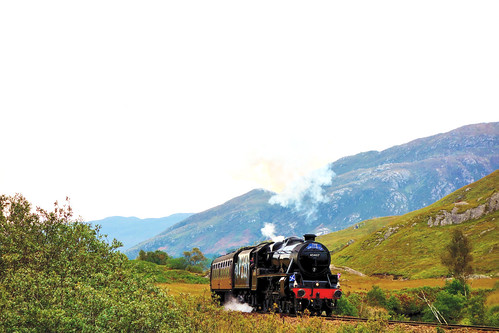 The term ‘Jacobite’ is widely used in the Scottish Highlands. This dates from the numerous uprisings of the 17th and 18th centuries and efforts by the Royal House of Stewart to reclaim the thrones of England and Scotland. ‘Jacob’ is Latin for ‘James’. James II (England) and VII (Scotland) was exiled in 1688 due to his Catholic religion. Technically, a Jacobite is a Roman Catholic supporter of the Stewart dynasty.

Video clip of train travelling from Glenfinnan to Mallaig