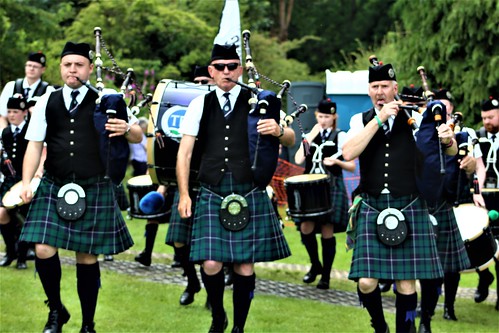 (Above image is  a capture of Troon Blackrock Pipe Band.)

Video clip of street procession at commencement of Games.

Today, I spent a few hours at Dundonald Highland Games in South Ayrshire, about thirty miles S.W.of  Glasgow and close to the coast. 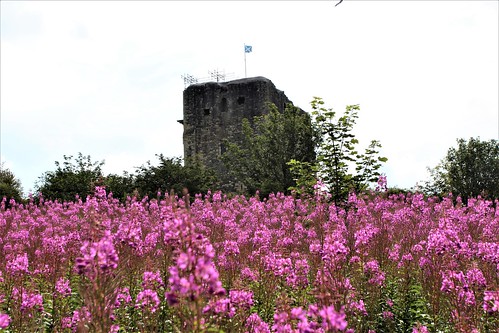 Weather was favourable. Although 'only' 25C/77F, the atmosphere was very humid due to recent heavy rains.

Dundonald is actually in the Lowlands, not Highlands and hence the composition of the event was slightly different to the two, true Highland Games which I attended earlier this year. Specifically, there was no clan sponsorship/connection. However, this community event was extremely well patronised resulting in a 'lava flow' of people at the arena. 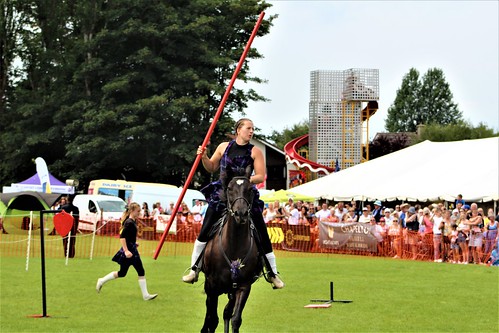 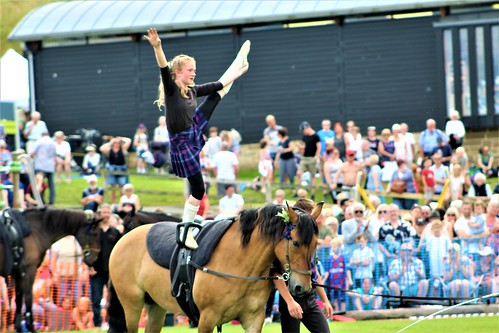 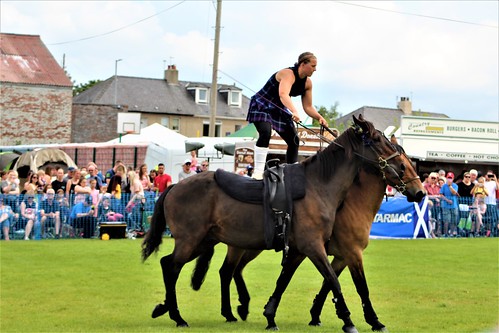 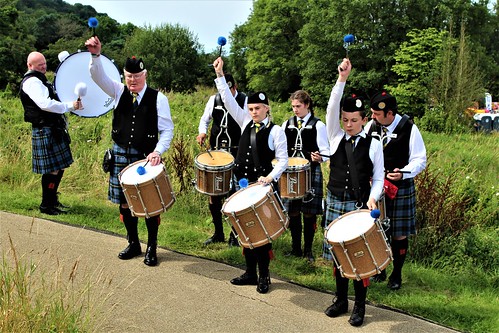 View of Games arena from castle. 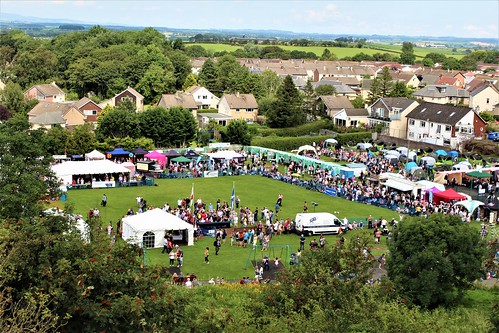 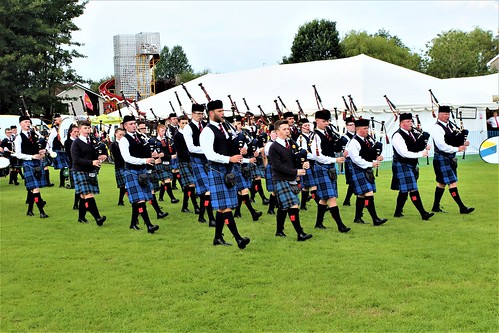 Highland Dancing with castle in background 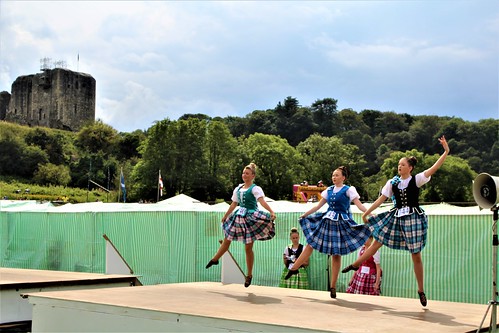