Hermitage Castle, a former power base in the once lawless Borders region of Scotland 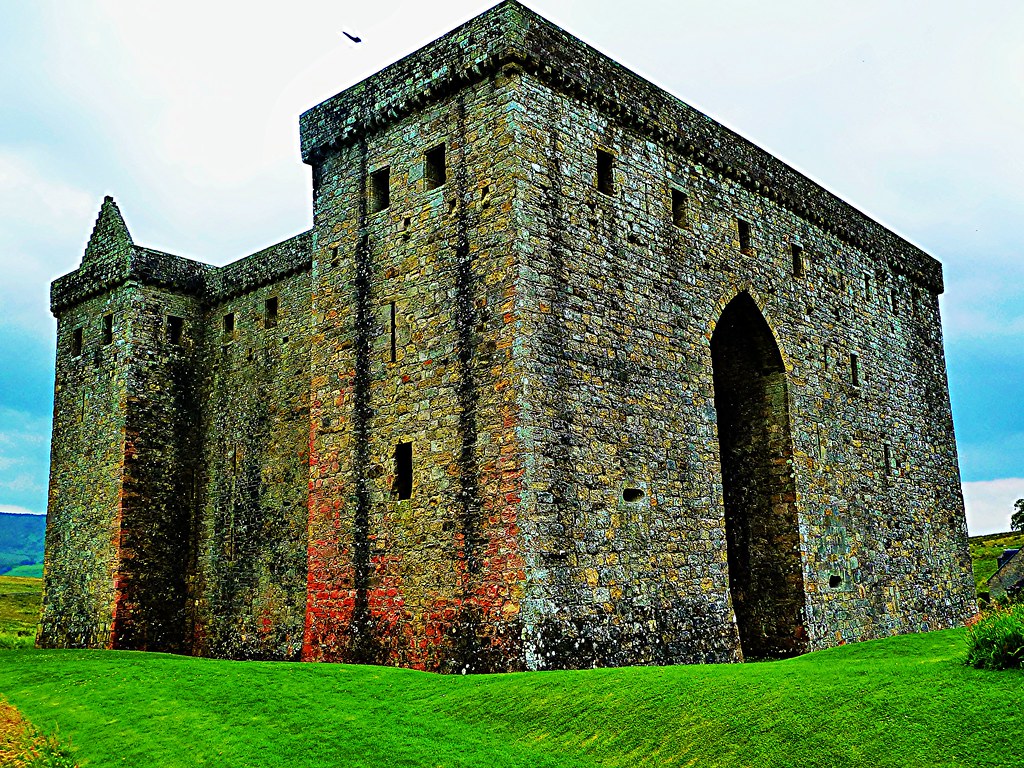 This evening, I am posting information on the austere edifice known as Hermitage Castle which is located  6 miles north of Newcastleton in the Scottish Borders region and about 71 miles south of Edinburgh.

Today’s peaceful and gently rolling landscape belies an unruly past. From around the 1200s through to the early 1600s much of the Scottish Borders region was lawless and famed for the activities of the Border Reivers which comprised constantly feuding family groups with no overall control by the governments of Scotland or England. The ‘brutal’ castle architecture has to be viewed in context of the absence of the rule of central government in the Borders region during the medieval period when the castle represented a major power centre in the region.

Paradoxically, the name Hermitage actually derives from a peaceful and holy man who lived near Liddel Water, a river.

There is a record of a castle here in the 12th century but the earliest parts of the present ‘H’ shaped structure date from the mid 14th century, Summary chronology as follows:-
The castle is now a visitor attraction managed by government agency, Historic Environment Scotland and is open to the public during the tourist season. 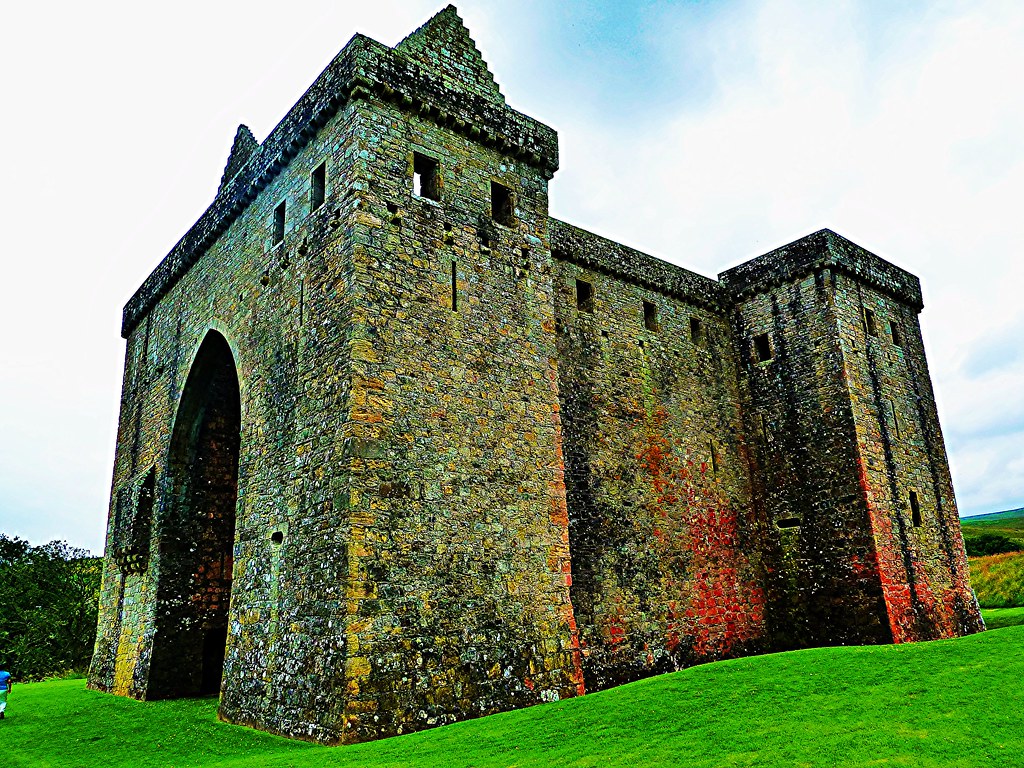 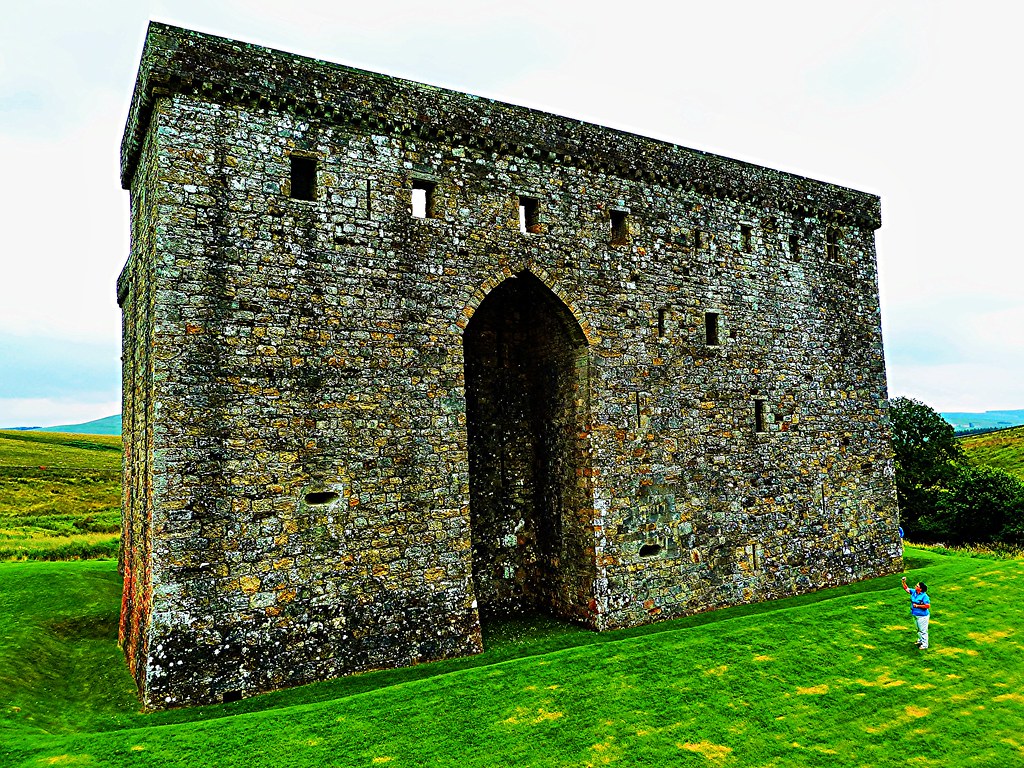 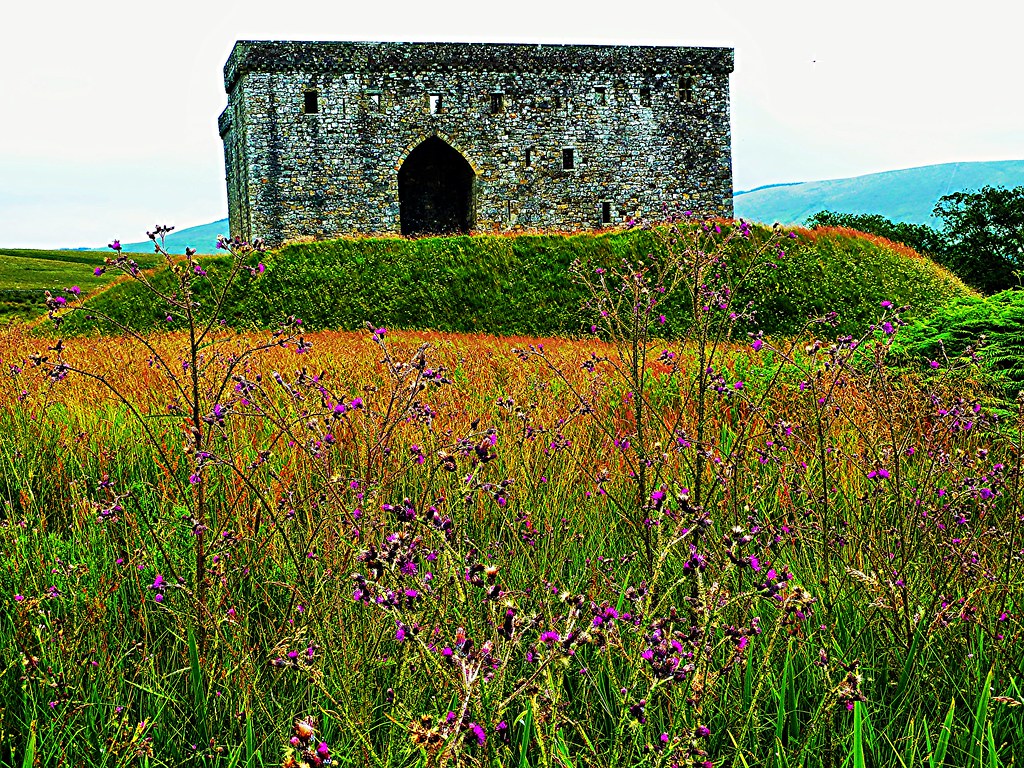 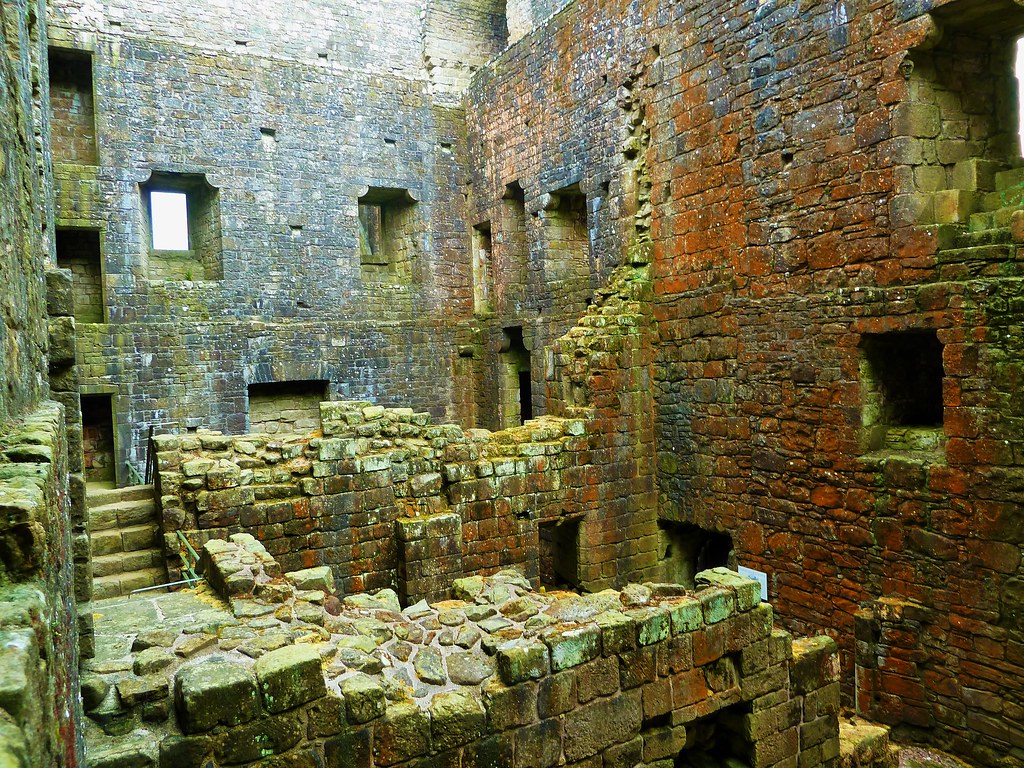 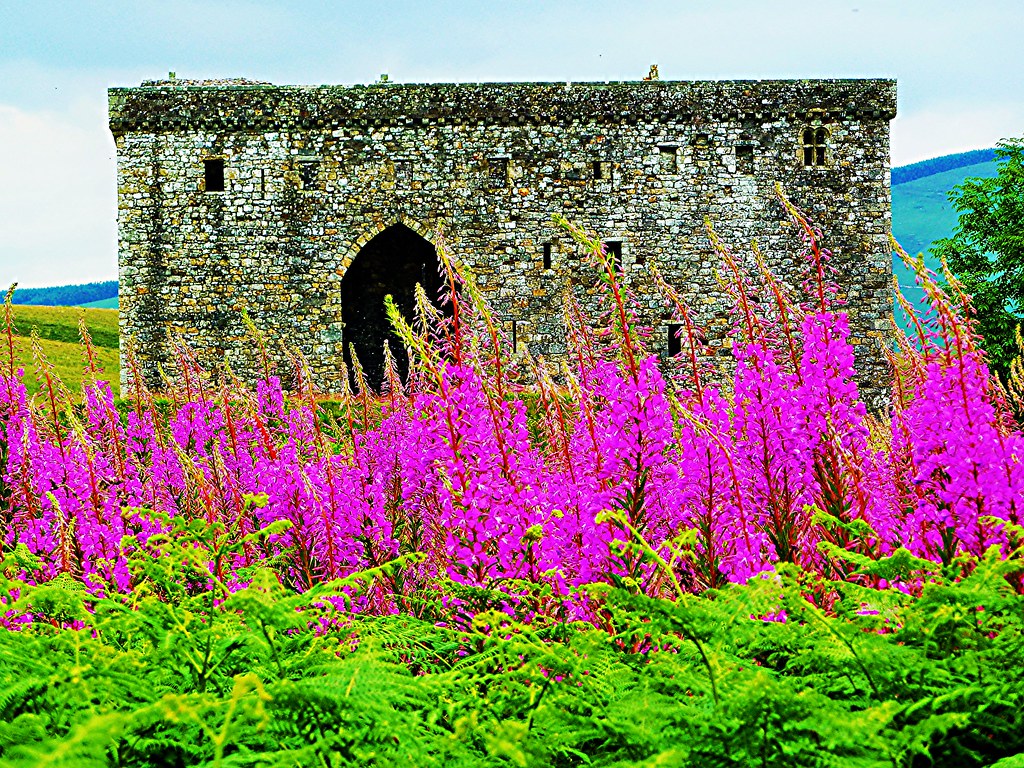