Scottish slang and jargon-plus an insight into Scotland's linguistic history 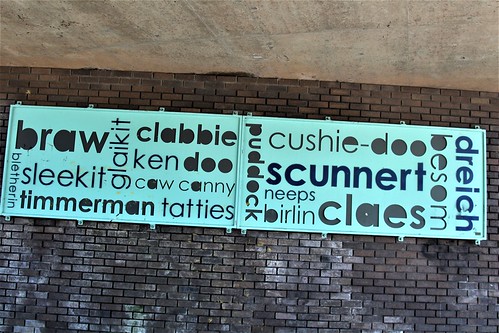 Readers of this blog will recall that yesterday I posted information on the town of Irvine on Scotland's S.W. coast.

In the course of exploration of Irvine I came across the above list of slang and jargon words which were embedded in a wall. This has prompted me to research the meaning of the words, many of which are unfamiliar to me.Translations into standard English are provided below.