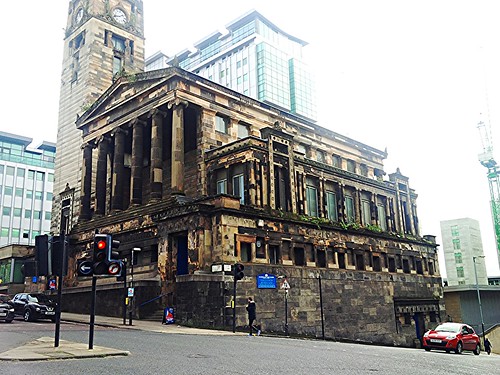 (Above image is a capture of St. Vincent Street Church, Glasgow)

This evening, I am posting information on the classically inspired and architecturally important, St. Vincent Street Church which is located on the corner of St.Vincent Street and Pitt Street, central Glasgow, Scotland.

This church is still used for worship and is known as The Glasgow City Free Church (Presbyterian).
The building is important because it is the only surviving intact church designed by Alexander ‘Greek’ Thomson ( 1817-1875) , who has been described as having the greatest mind in Scottish architecture. 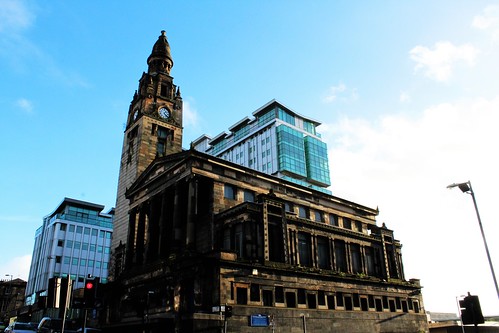 Although Thomson never left British shores he was greatly inspired by the architecture of ancient Greece. He was also a devout Christian and allowed images of Old Testament catastrophes to influence his work, along with other styles such as Italian Romanesque and Scottish Baronial.
The St. Vincent Street Church dates from 1857-9 and is constructed of local sandstone. Particular features of the building:
The church can be accessed via a 10 minute walk from central Glasgow. 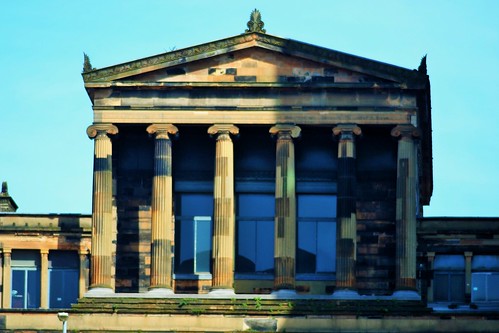