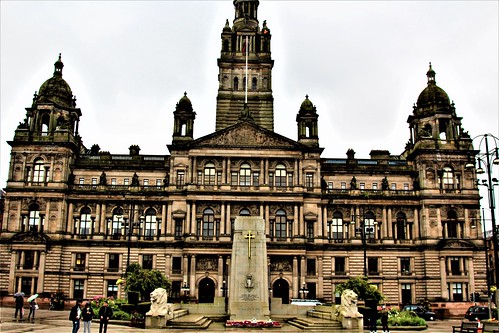 Recently I joined an escorted tour of Glasgow City Chambers (Town Hall) in order to get a better understanding of the interior decor and design of this important building which was built 1883-1888. This proved of great interest. A truly sumptuous building reflecting the grandeur and confidence of the late Victoria era.
Picture gallery containing paintings and photographs of former provosts. 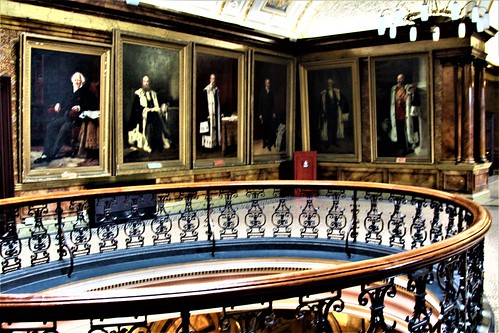 The following two images show the ground floor. (First floor in U.S.A.) The ceilings are decorated with mosaic tiles. Altogether some 1.5m tiles were laid in the ceilings and domes. The pillars are made from grey Aberdeen granite, hand-polished red Scottish granite and topped with dark green marble in Ionic style. 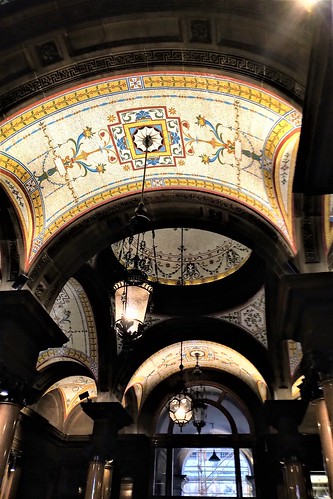 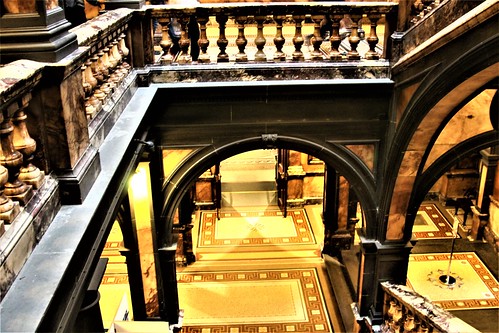 This is the Council Chamber with 79 seats for the Councillors. Decoration is primarily Spanish mahogany. Meetings are held at six weekly intervals.Centrepiece is the Lord Provost’s Chair which  was donated by Queen Victoria in 1888. (Lord Provost is equivalent to mayor in other jurisdictions.) 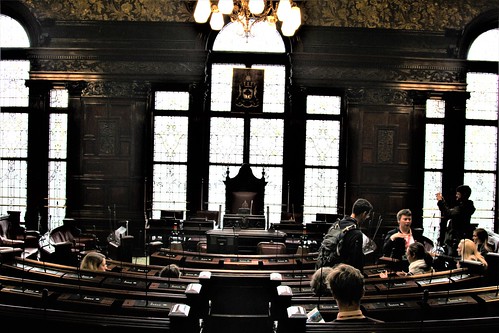 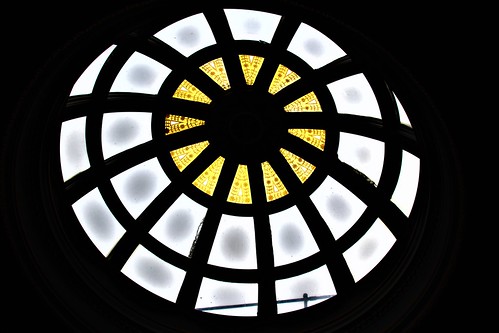 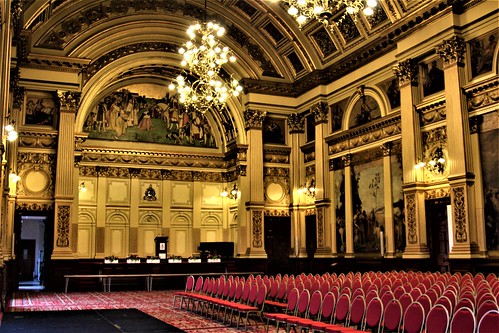 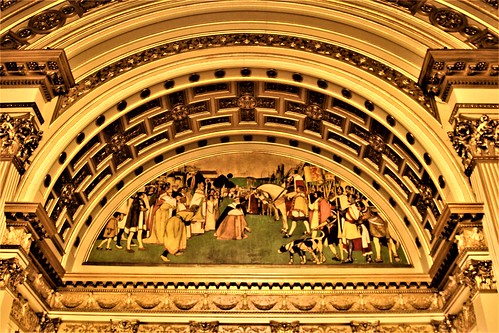 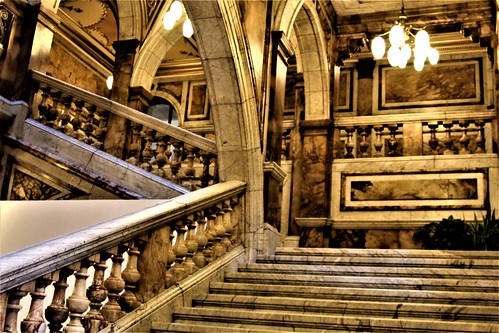 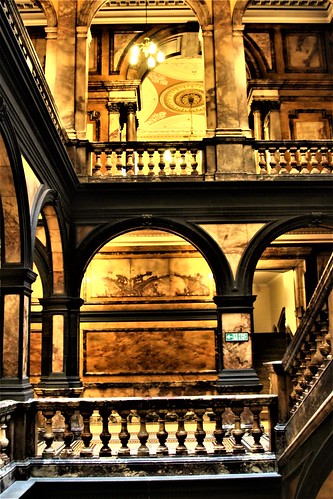