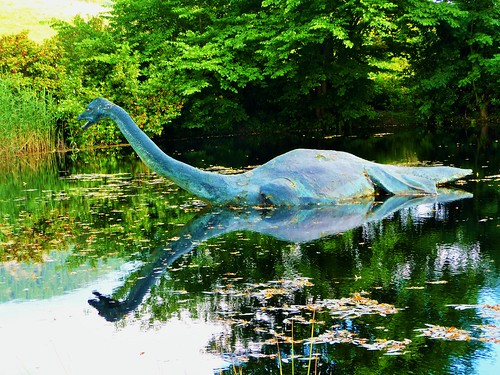 This evening, I am focusing on the elusive Loch Ness Monster and its watery habitat which attracts many thousands of visitors each year whose spending underpins the local economy. In modern times the ‘monster’ gained credibility as a function of the famous 1934 ‘surgeon’s photograph’ which was subsequently proved to have been faked (a child’s toy).  To the best of my knowledge and belief no authentic and verifiable photographs or film of the monster have ever been taken which leaves the famous 1934 image as possibly the greatest PR stunt of all time, acting as catalyst for a huge tourist industry in the Highlands of Scotland. In simplistic terms the Plesiosaur, which the Monster is widely acknowledged to be, died out along with its dinosaur relatives many millions  of years ago whereas Loch Ness was created only about 10, 000 years ago at end of the last Ice Age. In any case the murky and peaty waters of the loch would not provide enough food for a breeding colony of creatures.

Today's Times newspaper and other media outlets carry a report from scientists at the University of Otago, New Zealand (opposite end of the globe to Loch Ness) to effect that the 'monster' may be an oversized eel, possibly stretching between 2 metres (6.5 feet) and 9 metres (30 feet) in length which apparently, is quite plausible for such deep water.Scientists have found eel DNA at all locations sampled in/on Loch Ness

Monster speculation aside, Loch Ness is a pleasant enough place for visitors with Castle Urquhart  offering the best vantage point for views of the Loch. 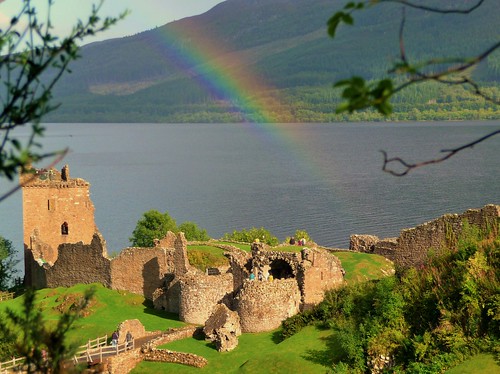 Some other interesting facts concerning Loch Ness:
Images below should help readers to obtain a feel for the loch and its environs. 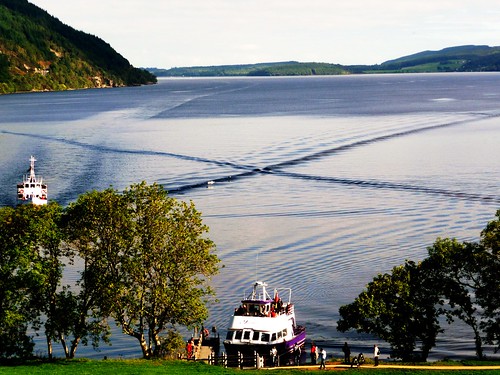 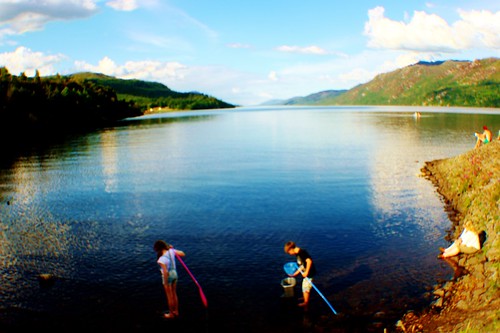