Interesting encounters in our recent trip to Cornwall, England 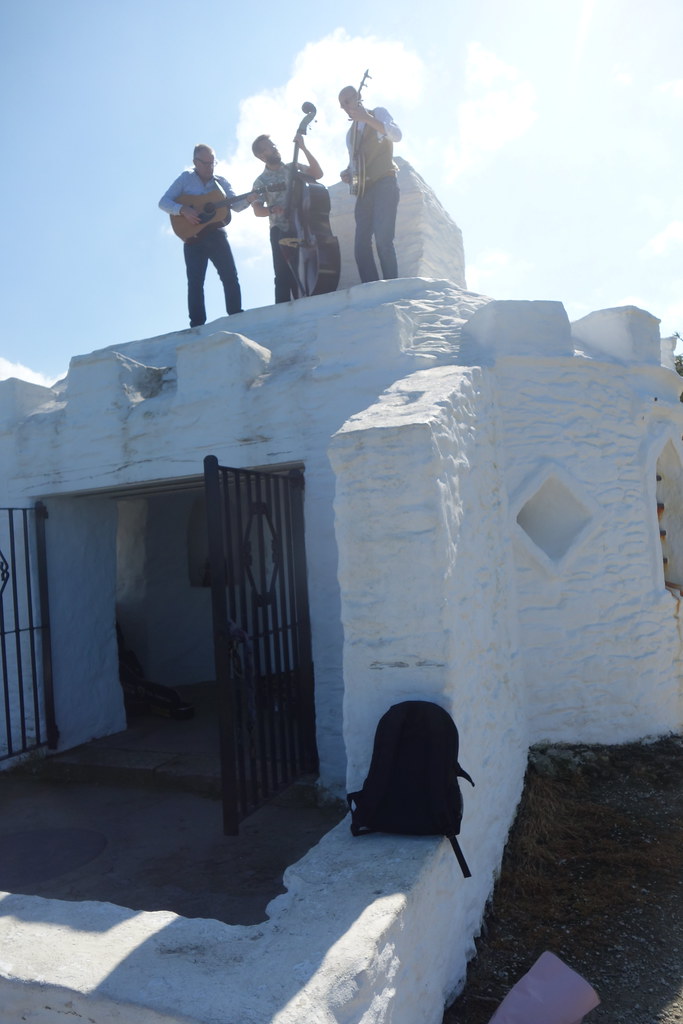 (Above image is a capture of the Basstree String Band atop the Huer's Hut at Newquay.)

This evening, we have reached home, in Glasgow, following all day trip by blend of air travel and rail from Newquay in Cornwall, S.W. England.

I am taking this opportunity to reflect on a couple of incongruous incidents which I encountered during the visit to Newquay.

Firstly, when walking along the coast I was amazed to see a promotional video being made of the Basstree String Band with the group occupying a precarious position on top of the 14th century Huer's Hut which was used for spotting shoals of pilchard and other fish in times past. When shaols were identified the spotter, or huer would alert the town with cries of 'Hevva, Hevva!' which translates as 'Here they are!'

In this health and safety obsessed era I not sure what, if any, risk assessment was undertaken for performing on the roof of this ancient building from where the group could have been blasted into orbit with a strong blast of prevailing wind from the west to which they were heavily exposed.

Strangely, the camera man did not even know the name of the band which I was left to ascertain on my own initiative by the simple expedient of talking to one of the group members. 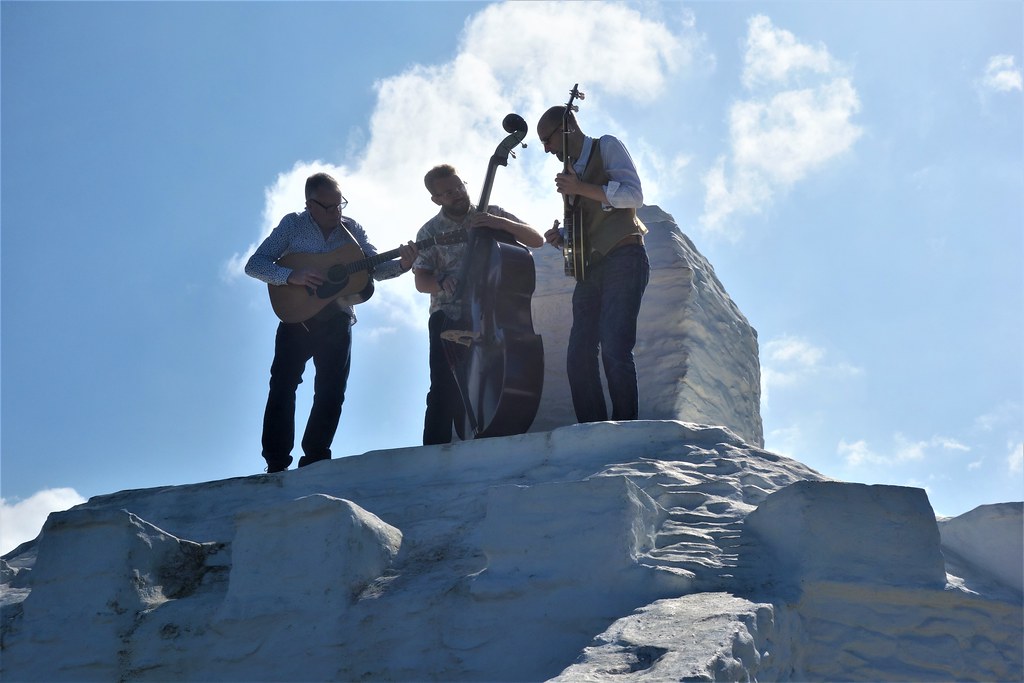 Although I have no skills or aspirations as a music critic, the quality of the Basstree output appeared very pleasant and professional. I do have a video clip of the session but am wary of posting it online due to reservations on ownership of the music copyright. Here is a link to the group's website.

The images herein are slightly distorted in that the group had their backs to the Sun as a result of which front features of the group were obscured.

The second incident was another coastal chance encounter, this time a tent which was precariously pitched on a cliff edge and was defying the best efforts of a very strong wind to blow it away.Judging from the video clip below, the designer/manufacturer of the tent deserves 10/10 and an industry award for wind resilience. We were expecting the tent to be blown into oblivion at any time but, incredibly, it was still in position the next day. As it happens the tent was pitched in direct contravention of an official notice which banned camping on the cliff upon which it was pitched.


Blowin' in the wind