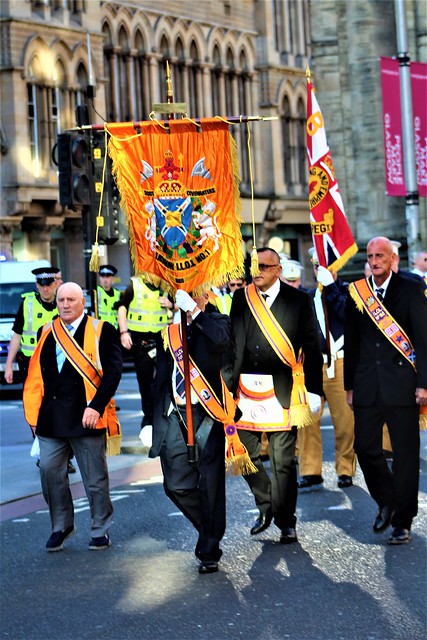 ( Above image is a capture of an Orange Parade in Glasgow today.)

Today, benefiting from superb, sunny weather, I ventured into central Glasgow, Scotland primarily to photograph a scheduled Orange March and by chance came across a pro-independence event held in George Square.

For benefit of visitors from Alpha Centauri  and others I will endeavour to explain the subtleties of the two events whjch are actually at opposite ends of the Scottish political spectrum.

The Orange march is a symbol of the entrenched sectarianism (catholic vs protestant) in the west of Scotland.These religious tensions date back to the Battle of the Boyne (Ireland) in 1690 when a protestant army under King William defeated a catholic army under the exiled James II. The Orangemen are protestants and enjoy close affinities with namesakes in Northern Ireland with both groups participating in the summer 'marching season' which is, essentially, a demonstration of protestant supremacy and against the union of Northern Ireland with the (mainly) catholic south. Being 'loyalists' the Orangemen are against Scottish independence from the U.K. The catholic community in the west of Scotland is mainly descended from Irish immigrants who came over in the 19th and 20th centuries.

The Irish community also participates in marches with one at Govan (about 3 miles from Glasgow centre) degenerating into a riot last month.

Another catholic march was scheduled for Govan today but I kept away for personal security reasons.

The Orange march today was a very muted affair by past standards and readers of this blog will note the heavy police presence. 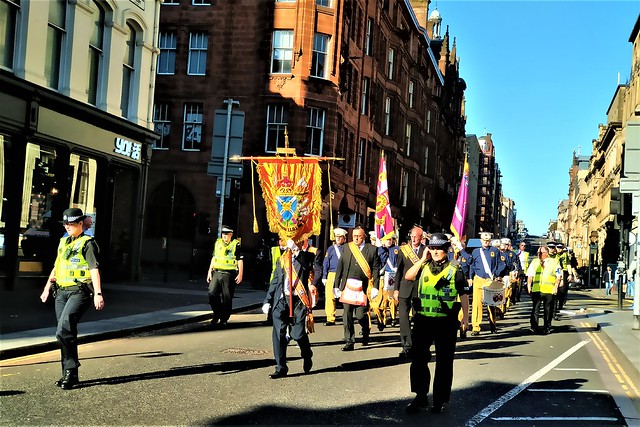 In 2014 a referendum was held in Scotland to determine whether Scotland should revert to an independent state and separate from the U.K. Outcome of the plebiscite was that the status quo was to be maintained with Scotland remaining within the U.K. However, Scotland now has it's own parliament with extensive powers over domestic matters along the lines of a state government in the U.S. The Scottish National Party ("SNP") is the largest single party in Scotland. The raison d'etre of the SNP is total independence for the country.

Notwithstanding outcome of the 2014 referendum, the impetus for another referendum remains and hence today's event in George Square which proved to be a well ordered affair with what appeared to be a low level of attendees from the general public. 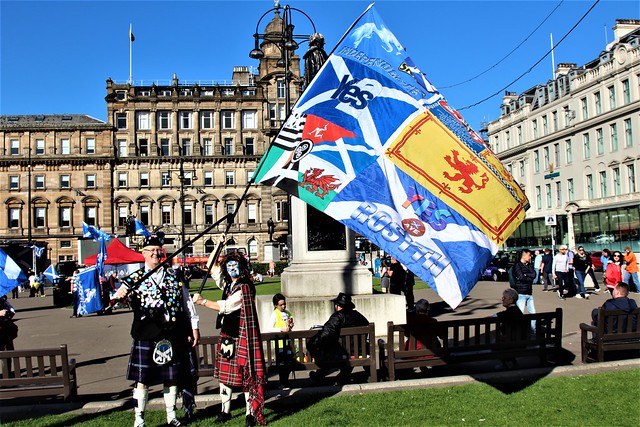 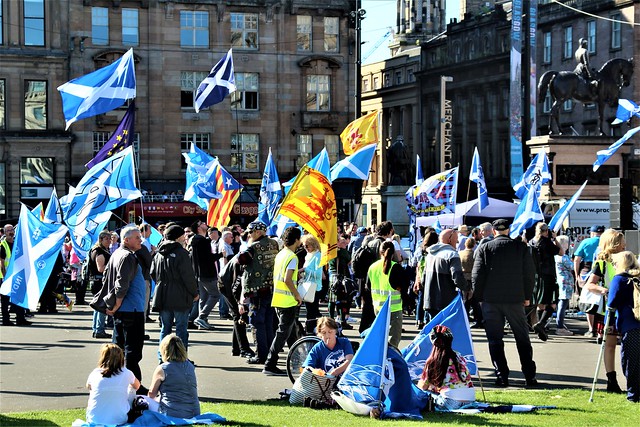 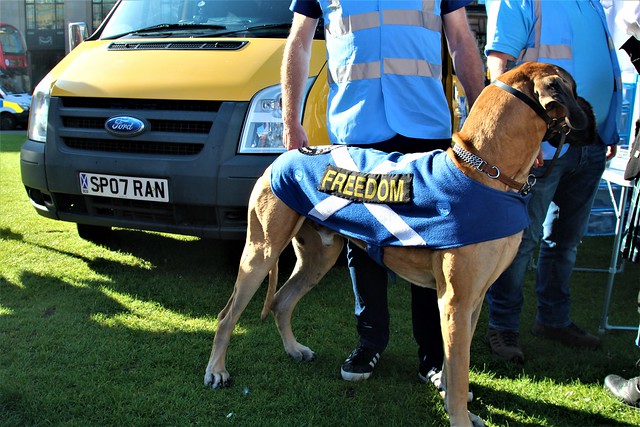