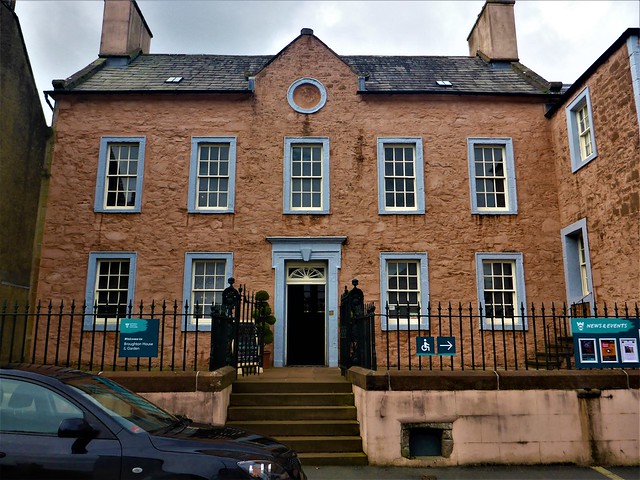 (Above image is a capture of Broughton House)
This evening, I am reporting on a recent visit to Broughton House which is a heritage property situated about 100 miles directly south of Glasgow on the Solway Firth.

The property was constructed as two houses in 1734 then converted to a single residence, a town house, in 1740.

Following various changes of ownership, Broughton House was acquired in 1901 by successful artist, Edward Hornel (1864-1933) who was brought up in Kirkcudbright but gained fame in Glasgow and was particularly influenced by Japan following a visit there in the 1890s.

Hornel resided at the property until his death in 1933 during which time embellishments were undertaken to house his vast library and archive.  A gallery was constructed in 1910, which features an ornate fireplace and Parthenon frieze (inspired by the Elgin Marbles). The gallery is ranked as one of the finest rooms in south-west Scotland.

Hornel and his sister designed a charming garden, with views over Kirkcudbright and the River Dee. This mature garden has Japanese influences with stepping stones and wisteria-covered paths

Because of restrictions on photography inside the property most of the images herein relate to the garden which, notwithstanding timing being late October, is resplendent with lush greens and flowers. 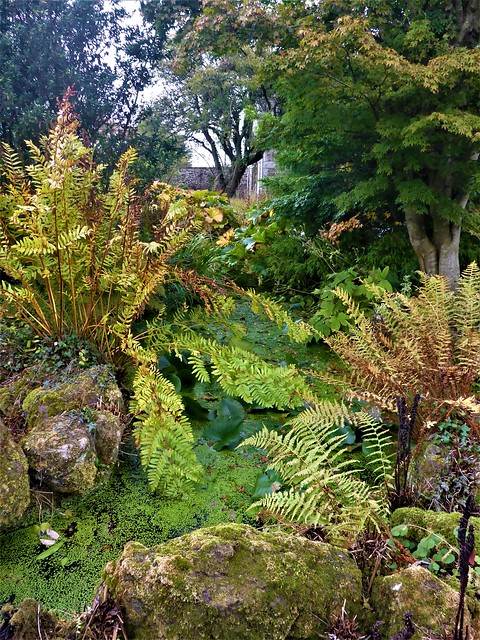 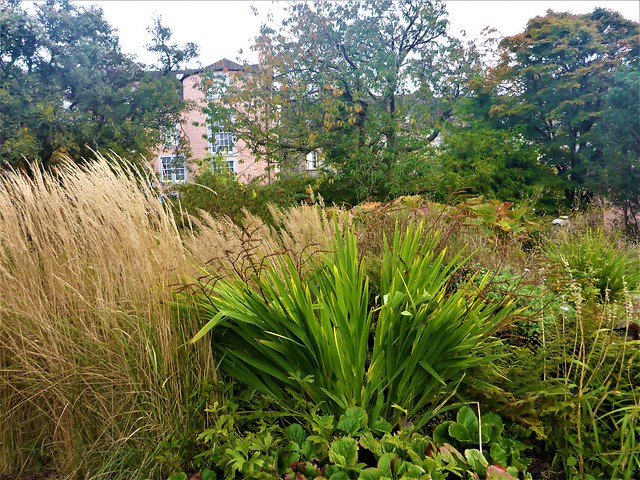 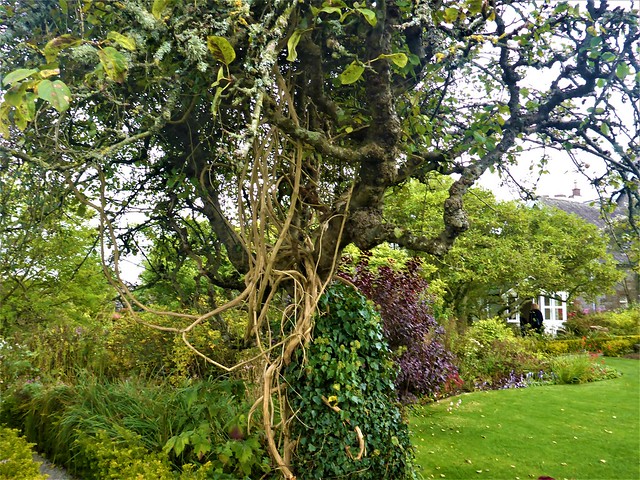 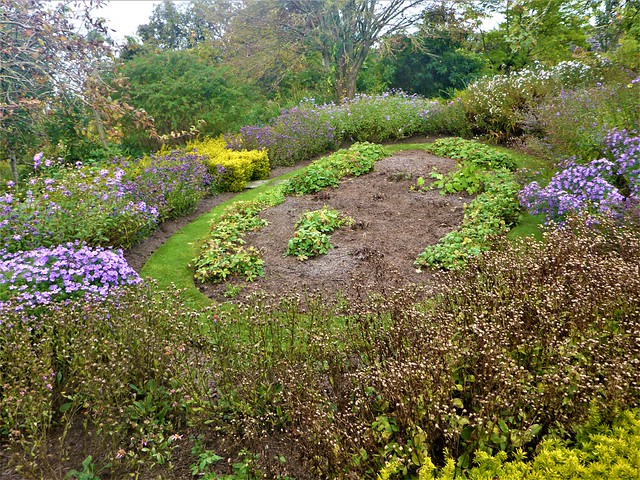 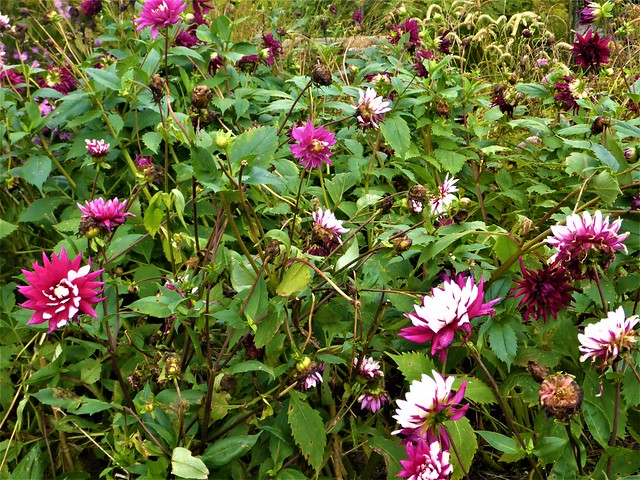 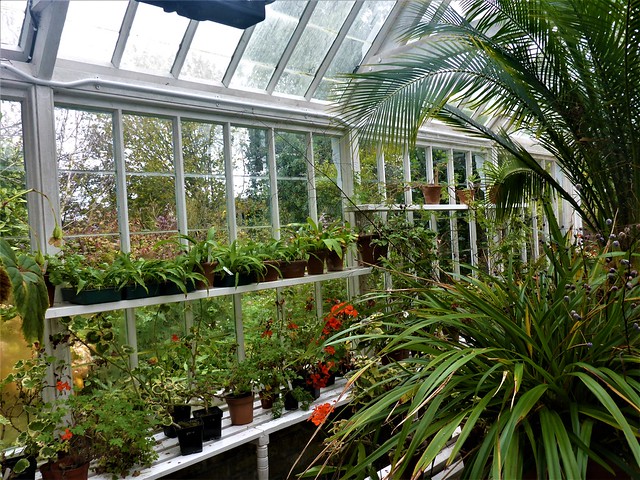 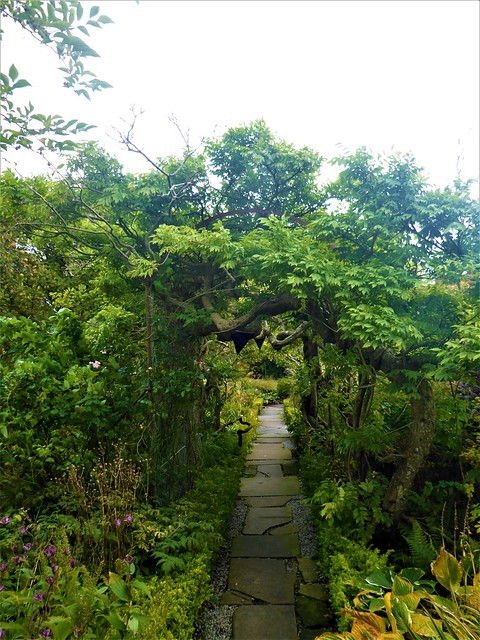 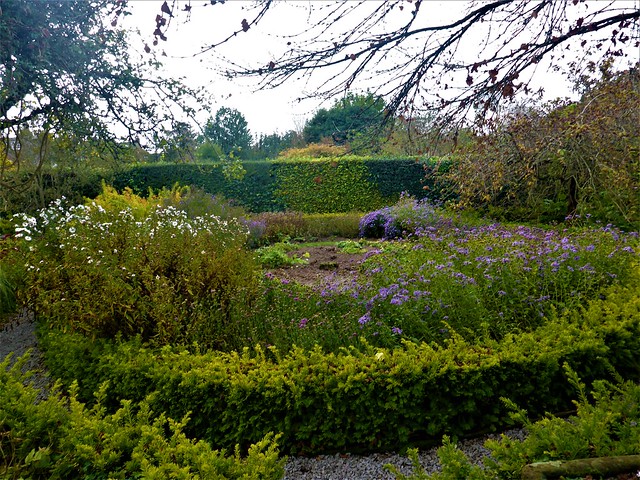 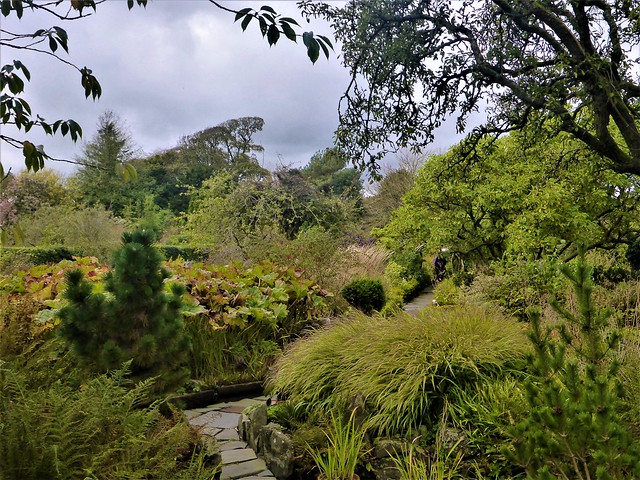 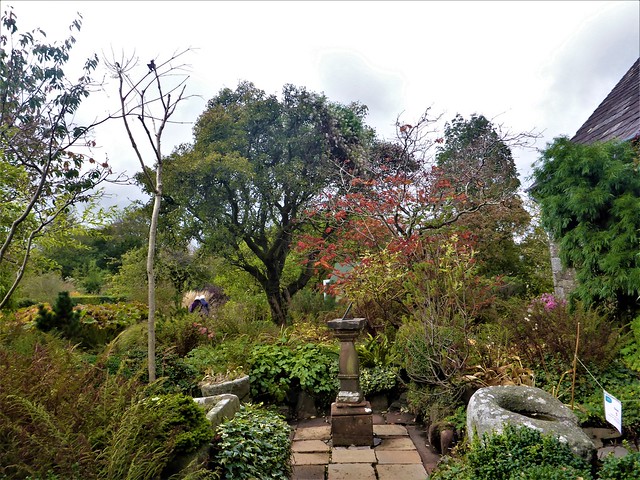 American readers of this post may be interested to know that John Paul Jones (July 6, 1747 – July 18, 1792), who is regarded as the founder of the U.S.Navy, was born in the Kirkcudbright region and returned in charge of an American ship in 1778 to undertake various military engagements against the British, including an action off Kirkcudbright.