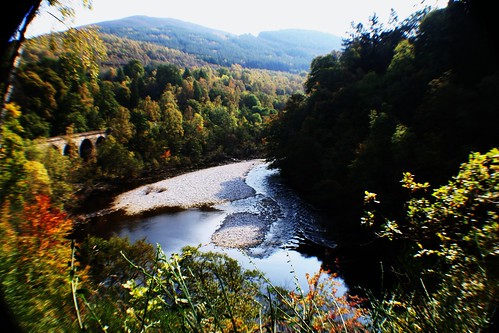 (Above image is a capture of Killiecrankie Gorge and River Garry.)

This afternoon, I am reporting on a contentious road improvement in central Scotland which objectors say will run directly through key areas of the site of the Battle of Killiecrankie. The matter has yet to be resolved but it seems likely the road improvement will go ahead.

Killiecrankie is a small village with a visitor centre which attracts large numbers of tourists due to a combination of scenery and the famous battle. The name translates as 'Aspen Wood'. 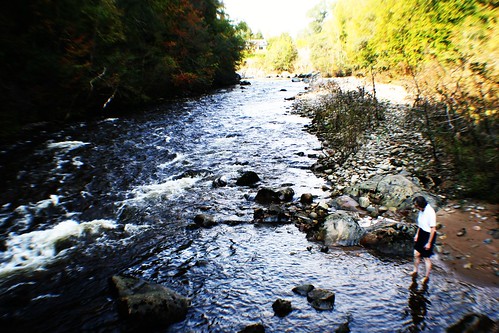 The Battle of Killiecrankie took place a few miles north of Pitlochry in central Scotland in and around the pass of Killiecrankie, a narrow and treacherous valley through which flows the River Garry.

This battle has its origins in the enforced abdication in 1688 of the Catholic leaning King James VII of Scotland/King James II of England and his replacement by the Protestants, William and Mary from Holland. However, there remained a body of support for James in Scotland, collectively known as Jacobites (Jacob is Latin for James). At this time England and Scotland were, technically, two separate nations but ruled by the same king. Full union did not occur until 1707.

The two armies were facing up to each other: the Jacobites under ‘Bonnie Dundee’ had a force of about 2500 Highlanders whilst the government forces under Mackay totalled some 4000.

On July 27th, Mackay’s army navigated through the pass and deployed at Urrard House, a large house in Killiecrankie which still exists. Dundee’s forces attacked over the high ground from the direction of Blair Castle, a few miles to the N.W. The high ground gave the Jacobites advantage with Mackay’s forces strung out with high ground at front and the fast flowing Garry to the rear. Dundee ordered the charge at 8.00pm.

The Jacobites attack was successful on the left and triggered a fighting withdrawal (flight?) by government forces. However, the Jacobites suffered losses of about 600 plus Sir Donald MacDonald of Sleat and the army chief, Bonnie Dundee.
Battle of Killiecrankie