Elgin Cathedral, a substantial ruin with long history in the north of Scotland 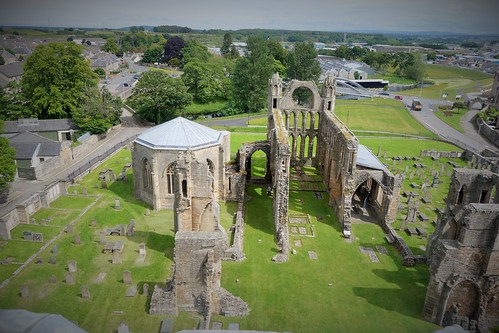 This evening, I am focusing on Elgin Cathedral which lies close to the northern coast of Scotland, about 40 miles east of Inverness.

This Cathedral was, in its prime, known as the ‘Lantern of the North’ because of its beauty and ranked in size second only to the Cathedral at St. Andrews.

Between 1270 and 1560 Elgin Cathedral was seat of the Bishop of Moray. David Murray was one of five Scottish bishops (catholic) who supported  Robert the Bruce's claim to the throne and Scotland's right to self-determination.This was not received well in England as a consequence the Cathedral suffered three major incidents of fire and violence, in 1270, 1300 and 1402. After each event the Cathedral was re-built. (Note that in medieval times the catholic church was the only church and enjoyed considerable power with local bishops engaging in military activities from time to time.)

In the late 14th century a local, N.E. magnate, Alexander Stewart aka ‘Wolf of Badenoch’ was censured by the Bishop for abuse of power. In a fit of rage, during a temporary power vacuum in Scotland, Stewart and his army burned and damaged the Cathedral and its associated residences. For this act, Stewart was excommunicated by the Bishop (a very severe sanction in medieval times) and was forced to pay the Bishop heavy reparations. The Cathedral was subsequently rebuilt in stages. 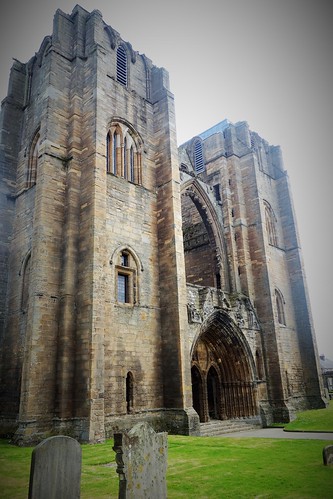 The ruined state of the buildings today are due to a combination of vandalism and neglect following the Protestant Reformation in 1560.


Detail from interior of Chapter House 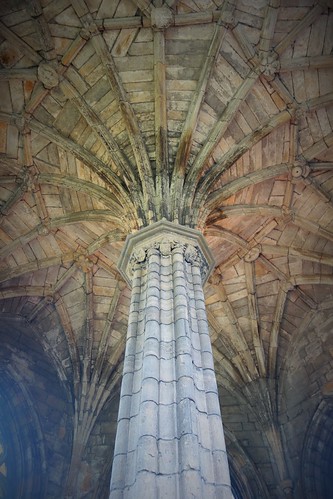 The east end of the Cathedral is the best preserved. Choir and Presbytery date from 1270 and feature high quality window tracery. The most complete element surviving is the 15th century stone-vaulted octagonal chapter house.

Elgin Cathedral is managed by Historic Environment Scotland and is open to visitors from April 1st to September 30th inclusive.
Elgin Cathedral