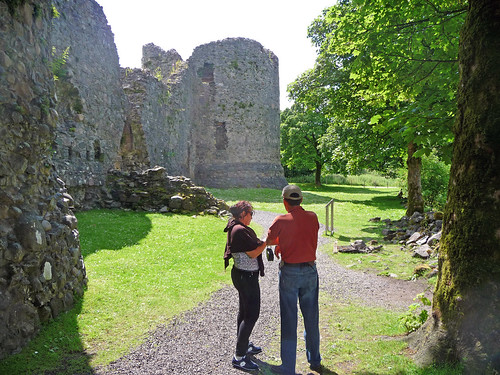 This evening, I am reporting on Old Inverlochy Castle which is located on the south bank of the River Lochy, near Fort William in the Scottish Highlands.

Inverlochy Castle was built by the Red Comyn, John, as Lord of Lochaber to guard the southern end of the Great Glen.

Inverlochy was one of the earliest stone castles in Scotland and dates from around 1275. Unfortunately, the Comyns lost a power battle, fell out of favour in 1306 and lost the castle. The family was aligned with King John Balliol and John Comyn became Guardian of Scotland following the monarch's abdication. Comyn is best known for having been stabbed to death by Robert the Bruce in 1306 before the altar at the Church of the Greyfriars at Dumfries.Robert went on to be king following elimination of his rival. 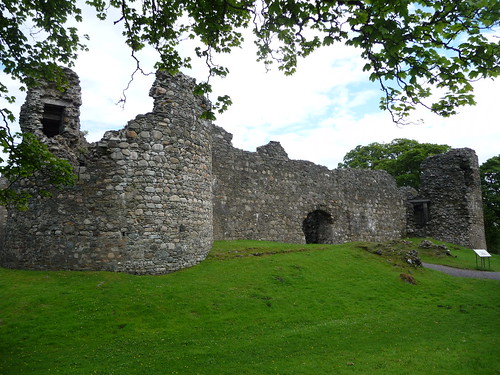 
The castle is managed by Historic Environment Scotland and is open all year round.